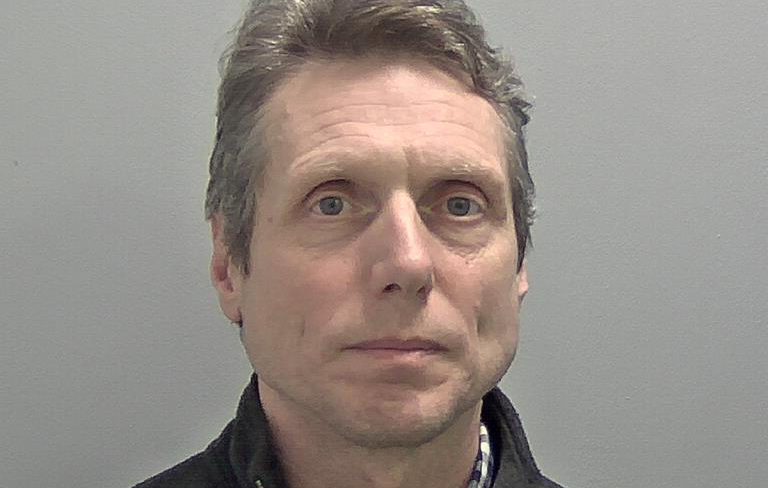 A serial sex attacker described by police as “a dangerous and manipulative sexual predator” has pleaded guilty to committing sexual offences against women, including taking indecent pictures of a child, over a period spanning three decades across three counties.

Phillip Blackwell, 55, appeared in court today where previous restrictions on reporting court proceedings were lifted allowing police to release the full details of his horrific sexual offences to the public.

Blackwell previously appeared at Warwick Crown Court in February where he pleaded guilty to committing sexual offences against five women, four of which occurred in Birmingham over 1997 and 1998 and one in Nuneaton in May 1998.

The serial sex attacker pleaded guilty to four counts of rape, one count of attempted rape, five counts of indecent assault and one count of false imprisonment.

In each case, the young victims were walking alone in the early hours of the morning when they were attacked from behind before being raped or subjected to serious sexual assaults.

Police said Blackwell maintained “a veneer of respectability in the communities in which he lived” which kept him off the police radar during the hunt for the serial rapist.

Following Blackwell’s arrest at his home address in Launceston, Cornwall earlier this year, he was interviewed by Warwickshire Police Officers regarding the 1990’s offences in Birmingham and Nuneaton.

Following his guilty plea at court in February, Warwickshire Police investigated a string of sexual offences against four other victims in Cornwall. These rapes also proved to be the horrific work of Blackwell.

Blackwell’s shocking case was back in court in May where he pleaded guilty to a further 20 sexual offences.

This included nine counts of rape, four counts of sexual assault, two counts of assault by penetration and three counts of voyeurism.

These offences were committed against three women between 2005 and 2019.

The rapist also pleaded guilty to another disturbing crime. He admitted to one count of taking indecent photographs of a child and a count of voyeurism in relation to the same child.

He was told he will be sentenced on 27 July.

Detective Chief Inspector Caroline Corfield from the Warwickshire Police Major Investigation Unit said: “Blackwell offended on a huge scale. It is clear he is a dangerous and manipulative sexual predator who has caused untold misery to his victims for the purpose of his own sexual gratification.

“He poses a serious danger to women.

“Today, after more than 20 years of offending, Blackwell’s past has caught up with him and now he must face the consequences of his actions.

“Most of the survivors of his crimes have had to wait many years for justice and will have been forced to relive the horrors Blackwell subjected them to.

Detective Corfield praised the victims for their courage and said: “All the women he has attacked and abused have shown immense courage and I hope they can take some comfort from this conviction.”

Detective Inspector Dave Sproson, from West Midlands Police, added: “I hope this conviction offers some closure to the victims and I would like to thank them for their bravery throughout this investigation.”

Police are urging other victims of sexual crime to come forward.

Detective Sproson, said: “If anyone has been through anything similar, I would urge them to report it to police and I want to reassure them that we will investigate and prosecute those responsible.”

Police have confirmed that the key reason Blackwell pleaded guilty to his long list of sexual crimes was due to the strong evidence collected by the detectives working on the case.

Karen Hackett, of the CPS, said: “The weight of the evidence against him was such that he had little option but to plead guilty.

“Blackwell is a prolific sex offender who committed 31 sexual offences against nine victims over 22 years while maintaining a veneer of respectability in the communities in which he lived.

“His victims have all suffered life-changing consequences due to his crimes, and we are pleased that he has finally been brought to justice.”