OPINION: Why the Blues anti-racism march in Birmingham must not be underestimated 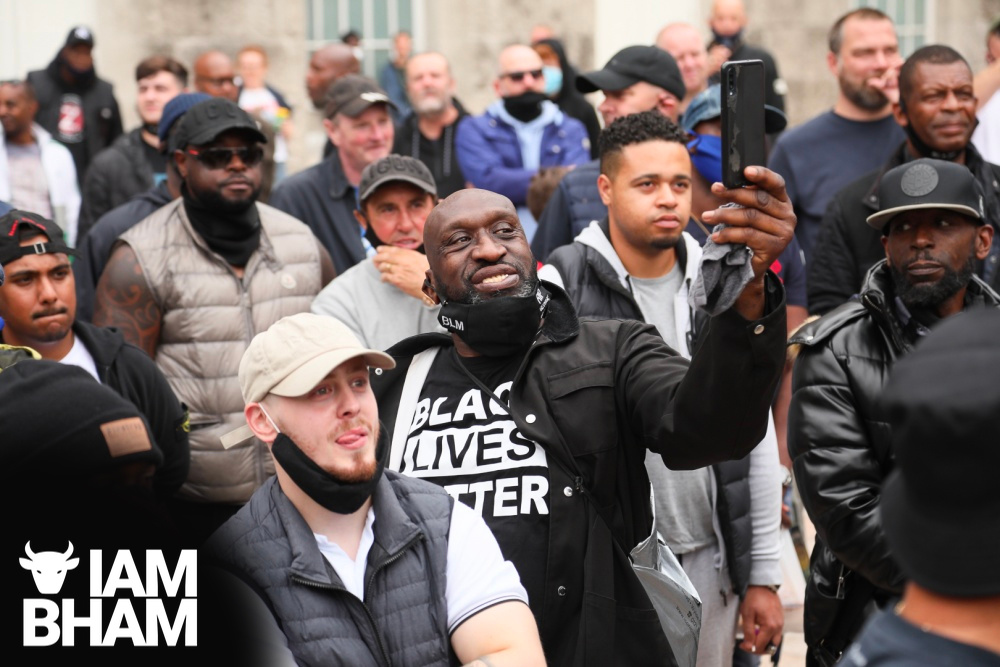 Birmingham City FC supporters came out on Saturday to stand against racism in the sport (Photo: Lensi Photography)

The significance of Saturday’s demonstration by ex Zulu Warriors and Birmingham City fans in support of Black Lives Matter cannot be underestimated.

Justice421 has attracted wide support across the political spectrum to get to the truth of who was responsible for the Birmingham pub bombings in November 1974.

There were three feeder marches from each of the local football grounds, Albion, Villa and Birmingham City. Hundreds of Birmingham City fans marched with banners that sought to associate the Football Lads Alliance with the former Zulu Warriors.

Their banner was displayed prominently behind one of the goals at St Andrew’s until banned by the club. A significantly smaller counter protests by anti racists attracted a few Birmingham City fans.

The size of this Saturday’s demonstration and the comments by ex Zulu Warriors marks a significant rebuttal of those that try to enlist football fans to support a racist or far-right organisations.

Before the march, co-organiser Marc Gauntlett said: “Many of the football firms, there’s still a lot of racism going on. Some of the [Black Lives Matter] protests have been really good, really great, all mixed races… but it’s good to show that Black lives do matter as well as every other life, I fully agree with it to be honest with you.”

Following scenes of ‘hooligan firms’ and far-right agitators fighting police officers in London last month, Gauntlett said he wanted to show not all football fans and groups were racist or violent: “Most of the people who went to London went to cause trouble”.

Walton “Wally” Wilkins told crowds that football fans “hiding behind the Zulu name” while spreading right-wing hate were not welcome.

“When we say ‘Black Lives Matter’, we’re not putting down anybody else’s life… we’re just uplifting Black lives at that moment.

“We’re not disrespecting anybody else. The majority of us here are Birmingham City fans, we go under the banner of ‘Zulus’, this is what it means.

“In 1982, the name came about in Manchester because of the large number of Black faces that were there. But when we shout or sing about ‘Zulus’, we’re not just singing it because we’re Black, it’s for everybody.

“You’re not offended to be called a ‘Zulu’, which is a South African Black warrior, so if you cannot be offended by the name Zulu, don’t be offended when someone says ‘Black Lives Matter’ because that is what we’re about.”

After the solidarity march, one fan tweeted a video clip of a speaker condemning racists: “There’s certain individuals that I won’t name, and there’s certain organisations that I won’t name. You either distance yourself from the organisations or you distance yourself from the Zulus,” to which a member of the crowd responded, “If you’re racist then we’re gonna lynch you!”

He went on to reply to a tweet with something that anyone who understands the bitter rivalry between the two local teams can relate to: “I would rather stand with a Villa Socialist than a Blues racist.”

I wouldn’t want to portray all the marchers as dedicated to the cause of Black Lives Matter, but it wouldn’t have happened without a widespread opposition to racism and a willingness to demonstrate it.

◉ David Hughes is a lifelong Blues fan, trade unionist, and member of Keep Racism Out.