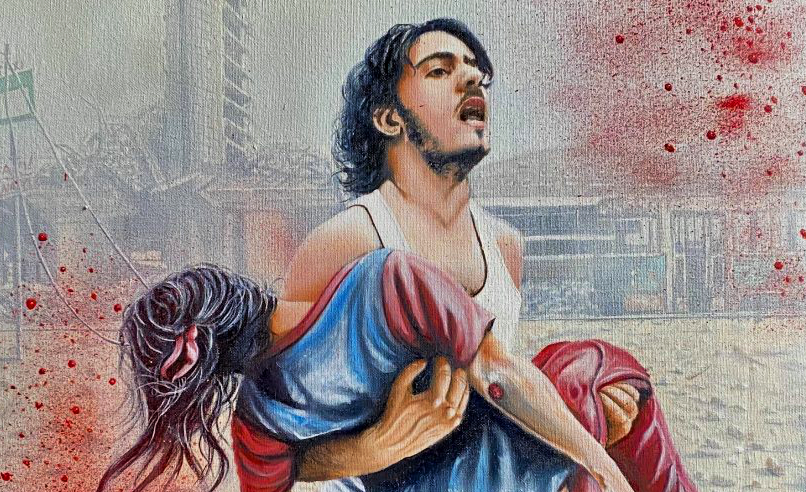 A virtual exhibition commemorating the Bosnian Genocide has been unveiled (Photo: Remembering Srebrenica)

The first-ever virtual exhibition using the testimony and artefacts from Bosnian Genocide survivors was unveiled this week as part of the 25th-anniversary commemorations.

Survivors of the genocide from across the world submitted their stories, pictures and personal items to create a unique virtual exhibition called ‘Remnants of Genocide’ created by UK charity Remembering Srebrenica.

The exhibition is one of the highlights of Srebrenica Memorial Week, 5th – 12th July 2020, which the charity had to radically alter after more than 2,000 events were cancelled due to the coronavirus pandemic.

In 2019, the charity hosted a major event at St. Philip’s Cathedral in Birmingham but this year’s commemorations are being held online.

25 years have passed since the genocide in Srebrenica that saw the systematic murder of over 8,000 Bosnian Muslims, as well as tens of thousands of other lives in the areas of Sarajevo, Foča, Mostar, Prijedor, Višegrad, Zvornik, and throughout Bosnia and Herzegovina.

Throughout the war over 100,000 people were murdered, more than 2 million Bosnians displaced, thousands tortured and an estimated 20,000 – 50,000 Bosnian women were victims of rape and sexual violence.

The aim of the exhibition was to provide a platform for Bosnian genocide and war survivors to share their stories, grief, and trauma in a creative manner. Beyond creativity, this project serves as a testimonial of those that survived and witnessed the worst atrocity on European soil since the Second World War.

Remembering Srebrenica operations manager Arnesa Buljušmić-Kustura, along with Events Manager Amra Mujkanović, have curated the ‘Remnants of Genocide’ exhibition which has more than 45 stories, paintings, photographs and items relating to the war, genocide and its aftermath.

She said: “We wanted the tell the story of the Bosnian Genocide using survivors experiences creatively instead of forcing them to unload their trauma in a distressing way.

“25 years ago the worst atrocity on European soil since World War Two occurred and it happened in our lifetime but there is a shocking lack of discussion about the genocide.

“This exhibition has first-hand testimony which shows the horror of genocide but more importantly the stories are personalised, they show these victims were humans with lives ahead of them, with hopes and dreams and are not just numbers and statistics of people killed.”

She added: “This is the first time a virtual exhibition has been done with genocide survivors but it has been a healing process through art.

“The most difficult part has been reading really traumatic experiences and coming to terms with the horror which happened in our lifetime, however, allowing survivors the platform to share has been very rewarding.

“We had submissions from across the world including the United Kingdom, Bosnia and Herzegovina, the United States of America, Austria and even the United Arab Emirates and there were so many we could not include them all.”

She added: “However, the beauty of this being virtual is that we can add more items and stories as the years go by, it will be a permanent exhibition which will also act as a learning resource for people across the world.”

Items in the exhibition include poetry, paintings, stories – including a teddy bear which helped give a child experiencing trauma a small shard of normality during the war.

Munira Subašić, survivor and President of the Mothers of the Srebrenica and Žepa Enclaves (whose ethos is not to seek revenge or act with hatred), explained the importance of the Srebrenica Virtual Exhibition for ensuring the genocide is never forgotten or repeated.

She said: “The 25th anniversary is a painful reminder that we have to do everything in our power to make sure that the genocide is not denied and history is not repeated. This exhibition and the collection of personal stories are of imperative importance in remembering what happened.

“Personal memories and items that remind us of the war in Bosnia and Herzegovina should be our guiding light in raising awareness about war atrocities and genocide. We owe it to ourselves to have our stories be heard.”

The vast array and variety of personal stories will help ensure the tragedies in Srebrenica, Sarajevo, Mostar, Prijedor, Foča, Višegrad and elsewhere in Bosnia will not be forgotten.

What happened in Srebrenica?

Fifty years after the world said “Never Again” to the horrors of the Holocaust, genocide took place on European soil.

The name Srebrenica has become synonymous with those dark days in July 1995 when, in the first ever United Nations declared safe area, thousands of men and boys were systematically murdered and buried in mass graves.

The victims, predominantly Muslim, were selected for death on the basis of their identity. This was the worst atrocity on European soil since the Second World War.

Although Srebrenica is the only mass killing in Balkan wars that has been officially ruled as genocide by the international courts, this atrocity was only the final act in a much broader genocidal strategy—euphemistically dubbed “ethnic cleansing”.

The Srebrenica genocide was the planned, systematic, and industrialised conclusion of a four year campaign of forced deportation, torture, mass murder and systematic sexual violence by Bosnian Serb forces in service of their goal to create a “Greater Serbia”.

Some Bosnian Serb historians and politicians continue to deny that genocide and ethnic cleansing took place.

Genocide does not happen overnight. It begins when hatred and intolerance are left unchallenged or are manipulated for political gain. With the fall of Yugoslavia, politicians in the region used divisive nationalism to gain power and influence.

Propaganda and misinformation were utilised to spread first fear and then hatred, breaking apart decades of trust between vibrant and integrated communities and turning neighbour against neighbour.

The lesson from Srebrenica is that no society is invulnerable to prejudice and intolerance. According to Remembering Srebrenica, “we must all remain vigilant against these forces, and take positive action to build stronger, more resilient communities”.

The Srebrenica Virtual ‘Remnants of Genocide’ Exhibition can be explored here.