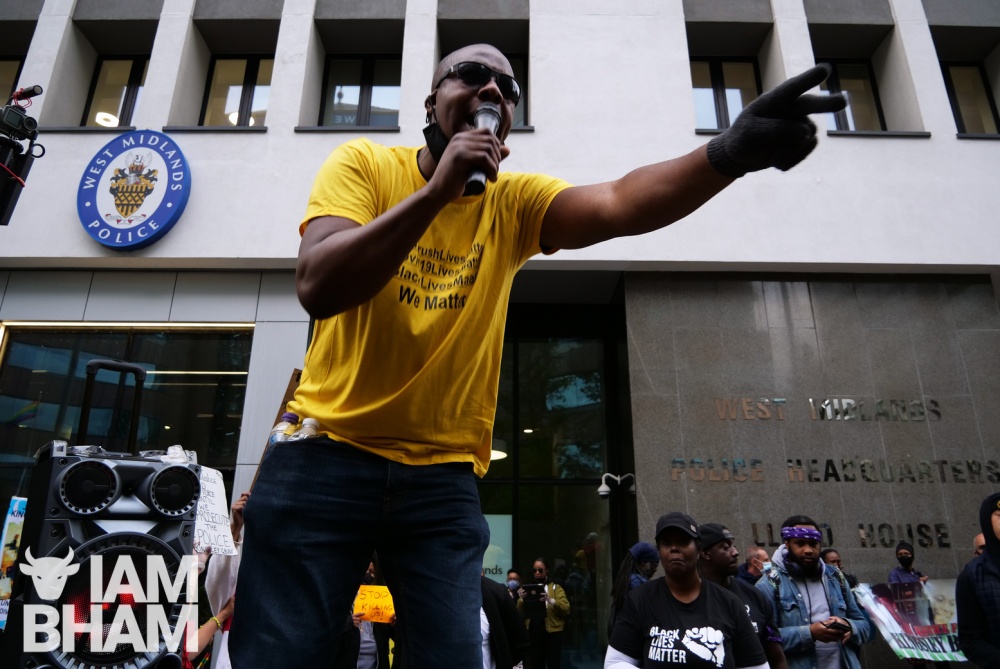 Equality campaigners are urging West Midlands Police to name an officer who has been sacked for racism (Photo: Adam Yosef)

Campaigners supporting the Black Lives Matter movement in Birmingham are demanding West Midlands Police release the name of an officer who has been sacked for making racist comments.

Community activists from the region’s Black community have described the police force of “protecting racists” after it failed to disclose the personal details of the officer as has been done following similar previous cases.

This time the panel unanimously agreed that the officer should be dismissed without notice for his racism and he was subsequently sacked.

“It was clear in this case that this officer felt it acceptable to talk about other colleagues in a racist way.

“It was always our case that any officer or member of staff in West Midlands Police behaving in that way should be dismissed.

“There is no place for racism in policing and if we don’t eliminate it internally we cannot expect the public, particularly those from Black, Asian and ethnic minority communities, to put their trust in us. It was the right thing to do therefore to challenge the original decision at the High Court.

However, Midlands campaigners are outraged the officer has been allowed to avoid public scrutiny after his name was withheld, especially in the wake of recent demonstrations protesting police brutality and claims of “institutional racism” across the police force.

“It’s an absolute disgrace and sends a much negative message to the community of ‘we’re still happy to protect racists’.

“This is the message it sends to the community that ‘we’re still happy to protect racists, even when they’re convicted and found guilty’.”

In a separate but similar incident, a decorated West Midlands Police officer was last month sacked for sending a sexually explicit photograph to a member of the public. However, in that case the officer was publicly named for what force officials described as “completely unacceptable” behaviour.

I Am Birmingham has reached out to the WMPCC and is awaiting a reply.