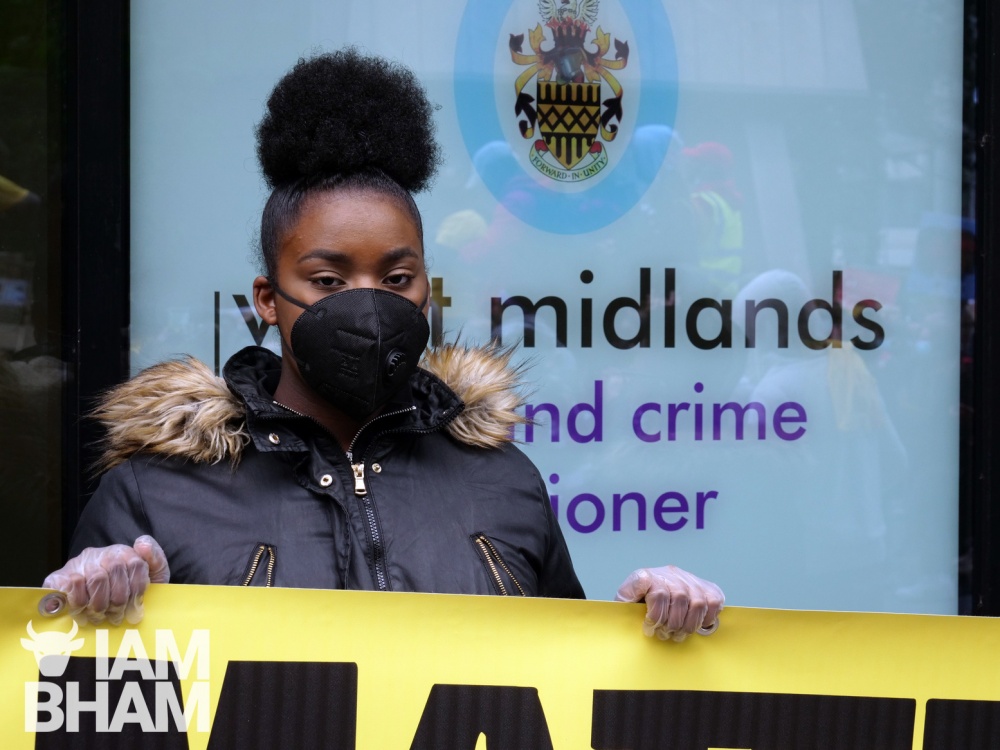 West Midlands Police chiefs have jointly committed themselves to fighting racism and discrimination in the regional force amid growing criticism of their handling of a recent racism scandal.

The Police and Crime Commissioner and Chief Constable condemned racism and highlighted the impact of the Black Lives Matter movement, but fell short of responding to recent criticism of their handling of a case involving a police officer who was sacked for racism last week.

Community leaders in the West Midlands have expressed anger and disappointment after police officials failed to reveal the name of an officer fired for “making racist comments” and inappropriate behaviour.

Launching ‘Making West Midlands Police a Fairer Force’, a programme to ensure that West Midlands Police is “as inclusive, diverse and as fair an organisation as possible”; the WMP heads cited George Floyd as a reminder of the work they still need to do around racism and discrimination.

The announcement follows on from a commitment to ensure that 1,000 new BAME police officers are recruited over the next three years to accelerate plans to make the force look more like the communities it serves.

Setting out a plan of work to increase the confidence of communities of the West Midlands, they will examine how they can improve the fairness of recruitment, retention and promotion, as well as ensuring that police powers are used fairly towards everyone in the region.

In a statement launching the plan, Police and Crime Commissioner David Jamieson and Chief Constable Dave Thompson, said:
“The worldwide movement we’ve seen here and abroad since George Floyd’s killing in May reminds us that racism, discrimination and racial inequality are real, both in the UK and abroad.

“Structural inequality blights the lives of many Black and Asian people. Our country’s history is controversial and complex: at the same time as we remember our nation’s contribution to freeing Europe from fascism, we should also reflect on the legacy of slavery, injustice and inequality that is woven into the country we have become.

“Recent events have reminded many of personal experiences of unfairness and maltreatment, and made fresh these difficult and traumatic memories. We cannot write these off as historic anomalies: the Windrush scandal is from our own time, our generation, our responsibility.”

However, campaigners supporting the Black Lives Matter movement in Birmingham don’t think the police have gone far enough to tackle racism, as they demand West Midlands Police release the name of an officer who was recently sacked for making racist comments.

Activists from the region’s Afro-Caribbean community have described the force of “protecting racists” after it failed to disclose the personal details of the dismissed officer, as has been done following similar previous cases.

This time the panel unanimously agreed that the officer should be dismissed without notice for his racism and he was subsequently sacked, but Midlands campaigners are outraged the officer has been allowed to avoid public scrutiny after his name was withheld, especially in the wake of recent demonstrations protesting police brutality and claims of “institutional racism” across the police force.

“They’re meant to be building trust and confidence, but yet they won’t name an officer that’s been found guilty and sacked, but yet they still see it fit to protect him and protect his identity.” – Charlie Williams

In a separate but similar incident, a decorated West Midlands Police officer was last month sacked for sending a sexually explicit photograph to a member of the public.

However, in that case the officer was publicly named for what force officials described as “completely unacceptable” behaviour.

Williams’ sentiments were echoed by another Birmingham human rights campaigner, Desmond Jaddoo, who described the police response as a “slap in the face for the BAME community”.

Learning from the past

West Midlands Police say they are committed to rooting out systemic racism. Posing a series of questions in their statement, they hope to prioritise tackling crime through a focus on fairer recruitment, to counter any mistrust as a result of racial profiling or lack of staff training.

“We want our streets to be free of the organised crime and violence that cut short and stunt too many young lives. These are not issues that divide us by ethnicity or gender, and they should not be allowed to do so.

“Only by listening to the truth can we agree what steps we should take next. The urge from some will be to destroy, to tear down, to let anger and revenge guide us. We will not go that way. We want to see us come together to create, to build, to renew.”

The statement also references the MacPherson report which, in 1997, which resulted after an inquiry into the death of Stephen Lawrence was called by the then home secretary Jack Straw, more than four years after he was murdered by a group of white youths.

A 350-page report concluded that the investigation into Lawrence’s killing had been “marred by a combination of professional incompetence, institutional racism and a failure of leadership”. Specific officers in the Metropolitan police were named and the entire force was criticised.

WMPCC David Jamieson and Chief Constable Dave Thompson commented: “We must learn from what has gone before: have we done what Scarman, MacPherson and Lammy told us needed doing? Are we doing enough to address the issues that undermine public confidence in the police and the criminal justice system?

“Do the police, and partners, do enough to build networks of allies across all communities? Do our officers have the cultural competence to police diverse populations and challenge racism? Does our training give officers these skills, informed by the lived experience of those who have seen policing at its best and worst?

“Do we involve the community enough in our senior appointments processes, both in policing and in partner agencies? Are our complaints and misconduct processes working well, and do we do enough to understand what drives and leads to officer misconduct and failure in the criminal justice system?

“In the next three years, West Midlands Police will recruit about 2,750 officers to increase its numbers by 1,200. This means that in three years, about a third of the force will have less than three years’ experience. We want to see a thousand of these new recruits come from our Black, Asian and other Minority Ethnic communities. The people we hire will be the change we make.

“We’re doing everything we can to make policing an attractive a career for everyone. The call to action is for all our community leaders – MPs, councillors, activists campaigners, educators, trainers, faith leaders – to seize this opportunity and encourage our young people to join policing, help build the society they want to live in, and make policing the institution they want it to be: an institution they, their families and their communities are proud of.

“The structural inequalities we see in society are not the product of policing, and neither can better policing alone fix them. Issues such as mental health, county lines, youth violence, homelessness, street begging and violent extremism can only be solved by a truly partnership approach.

“Policing is a product of the society we create.You don’t fix society by fixing policing: it works the other way around.” – WMP

“Drugs misuse is a huge public health challenge, and yet the inadequate national response leaves response officers – response officers, in Birmingham – administering Naloxone to overdosing heroin addicts. Low wages, the gig economy, zero hours contracts and ballooning personal debt are driving the hard pressed into crime. All of these challenges require a system-wide response, rather than just police reform.

“Policing is a product of the society we create. You don’t fix society by fixing policing: it works the other way around. However, we will do what we can. We will build on the progress we’ve already made to make West Midlands Police the most diverse and fair force in the country – we have done at least as much as any force on diversity and inclusion but there is much more to be done and we will seek to be at the front of this debate in policing and in society.”

In the coming months, the Police Crime Commissioner will be working closely with the force to engage the public with their ongoing work, urging communities to have their say.

“‘Making West Midlands Police a Fairer Force’ will focus on learning from our people, public and history. A key strand will be a programme for ‘truth’. This will look at recruitment, training, promotion and the fair use of police powers, in addition to contributing to a fairer criminal justice system.

“It will also look at better use of data to increase public confidence, as well as a programme for engagement with partner organisations.”