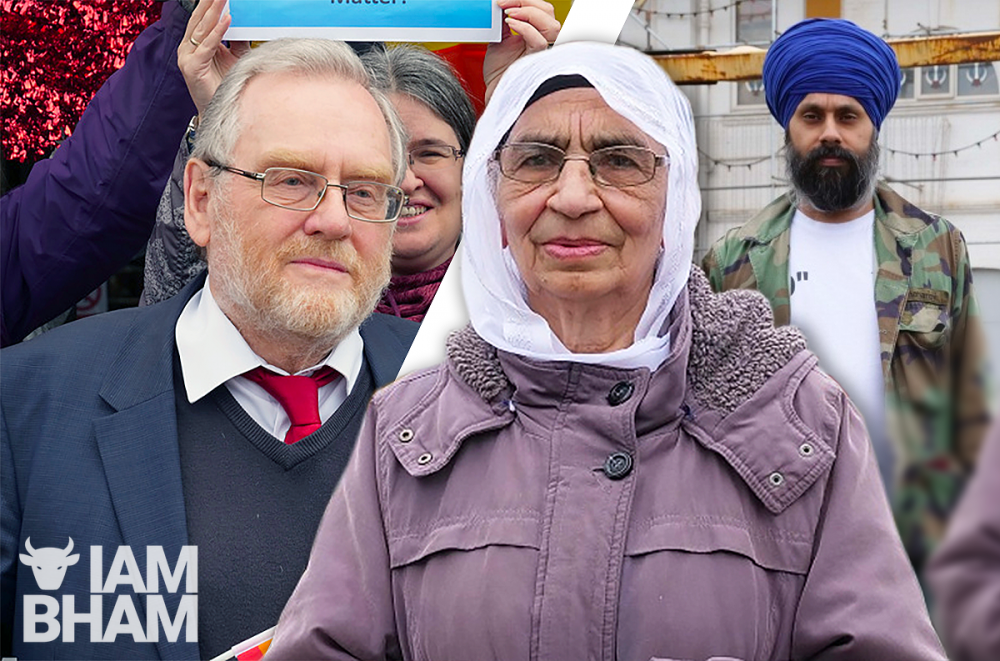 Smethwick MP John Spellar has taken up the case of a 75-year-old woman living in the West Midlands, who has been threatened with deportation by UK immigration services.

The Member of Parliament for Warley revealed he is working with campaigners to secure Gurmit Kaur the right to stay in the country under exceptional circumstances.

Gurmit Kaur Sahota – known simply as Gurmit Kaur – lives in Smethwick and has been residing in the UK for nearly eleven years.

Septuagenarian Kaur, who has been living in Sandwell without immigration papers, is a much-loved figure in her community and regularly volunteers at her local Sikh temple. During the coronavirus crisis, she has been preparing and providing food for the needy.

After years of being continuously anxious at the risk of being evicted from the United Kingdom, Kaur’s local temple has now helped launch a campaign to keep her in the country.

Legally an undocumented migrant, Home Office representatives have told Kaur to go back to India even though she claims she has no family there.

Letters threatening to “secure her removal” were originally sent to the senior citizen by UK immigration authorities back in 2013. Having lived in Smethwick for over a decade, Kaur has for years feared being deported and struggled to challenge the threats.

Earlier this month, Smethwick residents came together to defend Ms Kaur’s right to stay, launching a petition last week which has amassed over 55,000 signatures.

The campaign is being supported by her local temple, Gurdwara Baba Sang Ji, and community organisations Brushstrokes and Migrant Voice to ensure the best for Ms Kaur’s physical and mental wellbeing.

Speaking to I Am Birmingham, Labour MP John Spellar said: “I heard about this from both Brushstrokes, who are a very prominent refugee organisation in Smethwick, very longstanding, and who are working on her case; and also from constituents who were concerned and had signed the petition.

“So I’m taking it up, asking frankly, the Home Office to deal with this as a compassionate case to give… outside of the normal rules to allow her to have leave to remain, discretionary leave to remain.

“I think the most important thing is to get the Home Office to address her case. The temple have played a significant role in getting this case going in the community. I think that reflects the fact that she’s been a regular attendee there, has been doing community work there, doing work in the Langar in providing food and has clearly made her mark and become an integral part of the community, and that’s reflected then in the response more widely.

“I think that it has called people’s interest and attention for the reasons I described and particularly because she’s quite clearly become a part of the community and particularly in the local gurdwara (temple) which is one of the bigger ones around the country, and that’s extremely welcome; and I’m pleased to be taking up this case with the Home Office.”

Commenting on Home Secretary Priti Patel recently promising a more ‘compassionate’ Home Office, Spellar emphasised “this would have to be discretionary leave to remain and I’m asking them to base it on the compassionate circumstances including her lack of family ties back in India.”

Responding to this case, the Home Office told I Am Birmingham said: “Ms Kaur Sahota has made no attempt to regularise her stay or voluntarily leave the country since 2010.”

They added they were unaware of any contact from their department with Ms Kaur since 2013 but said they were eager to “look into her case” when contact is made.

“We are happy to speak to Ms Kaur Sahota on next steps to resolve this matter.”

Additionally, the Home Office insisted they were not actively “pursuing deportation”, but Ms Kaur’s case worker believes their approach to this action has embraced threatening language.

Salman Mirza, who is legally representing Ms Kaur, said: “Our concern is that her status remains that she can and may be “forcibly removed”. Though we do not condone it, it is understandable that after such threats, people then do not pursue the Home Office.

“We’ve recently been contacted by Ms Kaur and we welcome the Home Office wanting to review her case. ”

Spellar, who confirmed he had been in discussion with Mirza and had subsequently contacted the Home Office, remains optimistic of the outcome.

“Given the nature of the constituency and the issues that the Home Office create, we have a lot of cases we work on together.

“Let’s see how the Home Office responds and hopefully they will take a compassionate approach and will therefore give her extraordinary leave to remain.”

Support for the campaign has also been expressed by Smethwick councillor Ahmad Bostan, who represents the Abbey ward in Sandwell. Bostan has criticised the government’s ‘hostile environment’ policy and is urging the Home Office to allow Ms Kaur the right to remain in the UK.

“Auntie Gurmit Kaur arrived in the UK in 2009. Since then, she has given so much to our local community volunteering at her local Gurdwara. We ask the Home Office to do away with the hostile environment, the racism which gave rise to the Windrush scandal.

“The United Kingdom is the fifth wealthiest nation on Earth, communities of Smethwick have adopted auntie Gurmit Kaur, she has no family or friends in the Punjab, we ask the government to let her stay.

“The Prime Minister speaks frequently about British values, togetherness, generosity, giving back to the local community, these are the very qualities Auntie Gurmit embodies so why should she be turned away?

“I am really proud, over the past few months with the launch of Black Lives Matter Sandwell, borough of Sanctuary Sandwell, stand up to racism Sandwell, thousands of us are making a very powerful statement.

“These are all initiatives  significant in their own right but they are all efforts to bring our communities together, to welcome everyone regardless of their background. This is what Smethwick and Sandwell wants, we ask the thousands requesting her stay are listen to.

“The hostile environment must end now! We do not seek warm platitudes from the Home Office, confirm she is allowed to stay in the Smethwick community in which she belongs.

“If the Home Secretary is serious about learning lessons of the Windrush scandal, the hostile environment and the systemic racism that has plagued the highest offices of government, this is her [Home Secretary Priti Patel] opportunity to prove it!”

“We’re standing with Gurmit Kaur because, like so many undocumented migrants in the UK, this country is her home and she’s a deeply valued member of her community.

“We urge the Home Office to regularise her status, and that of all undocumented migrants in the UK, so that she and thousands like her can live without fear of being detained and deported, and protect themselves and their families, especially during this pandemic.”