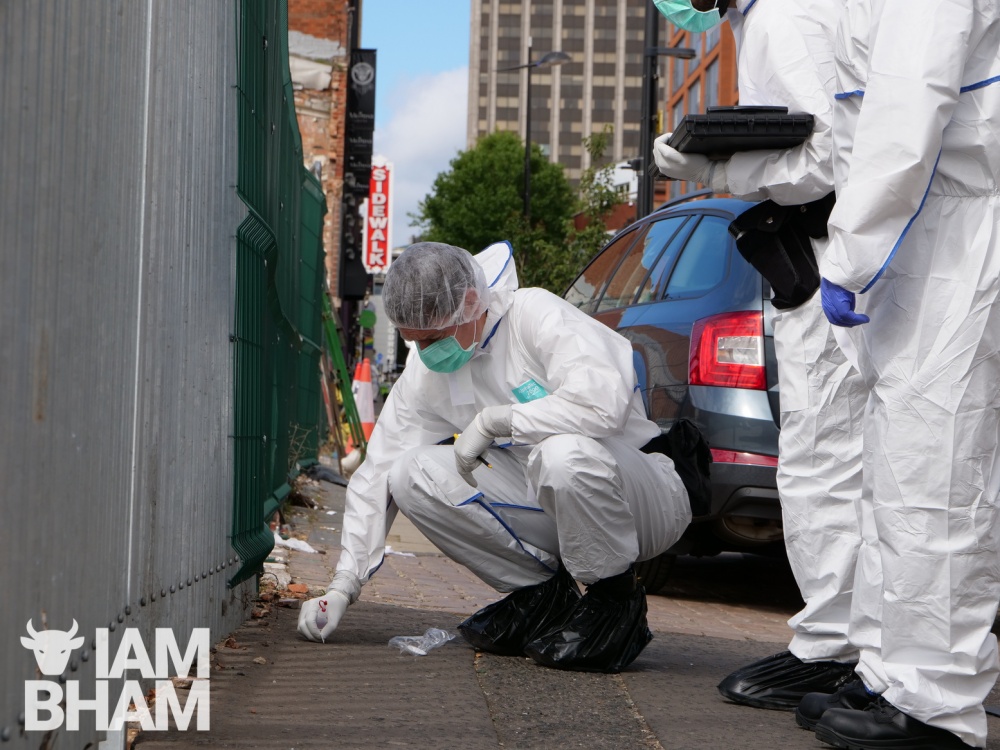 West Midlands Police have confirmed a murder investigation has been launched following the shocking violence in Birmingham city centre overnight which resulted in the death of a man.

Officers have stated that a man has tragically lost his life and a number of people have been seriously injured following the disturbing outbreak of violence in central Birmingham last night.

A police spokesperson has confirmed the violence took place between 12:30am and 2:20am, and both incidents are linked and officers are doing all they can to find whoever was responsible for this brutal outbreak of violence.

The series of stabbings have left one man dead, two people with serious injuries and five others injured.

Detectives are following a number of lines of enquiry and police have increased uniformed and armed response in the city.

Police have sealed off a number of scenes across the city, including Livery Street, Irving Street and Hurst Street.

Detectives are urging anyone who witnessed anything or anyone who has any CCTV or mobile phone footage to get in contact as soon as possible, as the information may be crucial to the investigation.

Chief Superintendent Steve Graham, responsible for policing in Birmingham, said: “The events during the early hours of this morning are tragic, shocking and understandably frightening.

“Please be assured that we are doing absolutely everything we can to find whoever was responsible and try to understand what exactly happened.

“We have well-rehearsed plans for dealing with major incidents. Your safety is always our priority and that’s why you’ll see an increase in officers on the streets.

“In the meantime, we’d ask anyone who’s in the city to remain vigilant and report anything suspicious to us.”

“Last night’s events are truly terrible and have shocked the people of Birmingham, the West Midlands and the country.

“My first thoughts are with the victims and their families at this time.

“I have every faith in West Midlands Police who are working extremely quickly on this investigation.

“My thanks also go to the ambulance and hospital staff who are working around the clock to help those who have been injured.”

If you have any information about this crime please contact West Midlands Police via Live Chat or ring 101 or call Crimestoppers anonymously on 0800 555 111. Callers will not be asked for their names and calls cannot be traced.

Photos, videos, or any information relating to this serious incident can be sent directly to a special online page which can be found here.