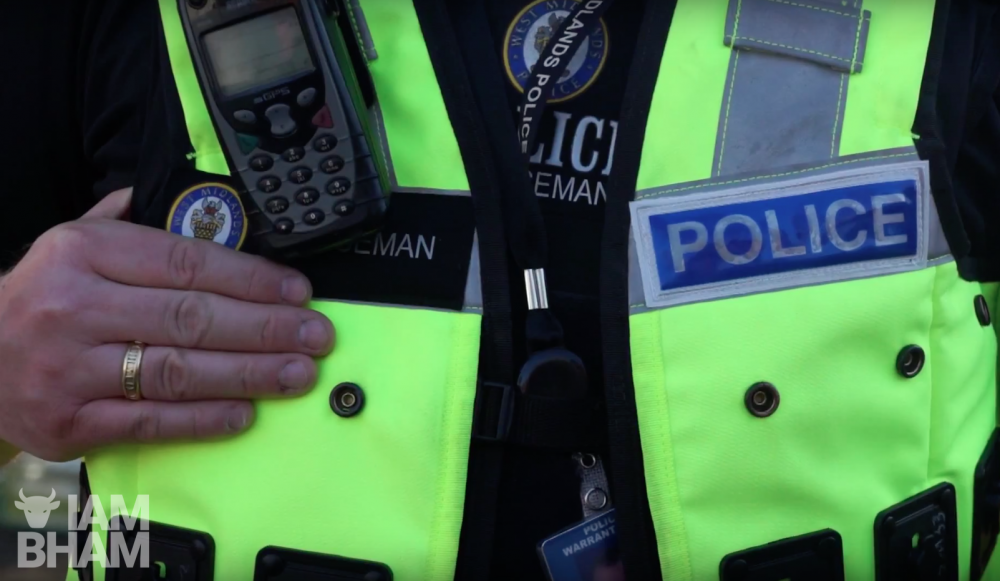 Several people have been stabbed in Birmingham city centre in what police have described a “major incident”.

West Midlands Police have confirmed they were called to reports of a stabbing at around after midnight early on Sunday.

According to officers, further reports of stabbings were reported in the area shortly after.

In an official statement, the force said, “We can confirm that at approximately 12:30am today (Sunday 6 September) we were called to reports of a stabbing in Birmingham city centre.

“We immediately attended, along with colleagues from the ambulance service. A number of other stabbings were reported in the area shortly after.

“We are aware of a number of injured people, but at the moment we are not in a position to say how many or how serious.

“However, all emergency services are working together at the scene, and making sure that those who are injured receive medical care. This has been declared a major incident.

“Work is still going on to establish what has happened, and could take some time before we are in a position to confirm anything. At this early stage it would not be appropriate to speculate on the causes of the incident.

“The emergency services have well-rehearsed plans for dealing with major incidents. Our response is ongoing in Birmingham city centre and will be for some time. Cordons are in place, and there are some road closures.

“Your safety is our priority. We are now reviewing our policing across the city and will make any necessary changes. You may see a greater police presence in the area.”

We are aware of a number of injured people, but at the moment we are not in a position to say how many or how serious. However, all emergency services are working together at the scene, and making sure that those who are injured receive medical care. More: https://t.co/5CGvN5y0el

Reporters on social media have suggested the incident took place in Hurst Street in the Southside district of the city, which includes the Gay Village and the Chinese Quarter.

Photos posted online by local residents show a police cordon set up at the junction of Hurst Street and Bromsgrove Street, near a local Tesco Express and the Missing Bar, a popular LGBT+ venue.

I Am Birmingham reporters on the scene have confirmed part of The Arcadian has also been sealed off, with at least 4 yellow police incident markers placed along its Hurst Walk entrance.

Further evidence markers are also located along Hurst Street near Urban Kitchen and on the street outside several bars including Equator, Sidewalk and Mykonos cafe and bar.

Our reporters aw forensics teams sifting through and taking away evidence from the scene earlier this morning.

“We are aware of a number of injured people, but at the moment we are not in a position to say how many or how serious.

“However, all emergency services are working together at the scene, and making sure that those who are injured receive medical care.”

Police have urged members of the public to remain calm but vigilant, and to stay away from the area.

A further “incident” was reported by police around Snow Hill in Birmingham city centre early this morning at 04:00am but it is now known if this is related.

Cara, who works for different nightclubs around The Arcadian complex told reporters the stabbings were the result of gang violence last night. Speaking to BBC Radio 5 Live presenter Chris Warburton this morning, she claimed there was uncharacteristic racial tension simmering in the club she was working in, before a mass brawl spilled onto the streets.

“At first it would start off as just individuals, just outside one of the clubs I promote, and then as soon as one individual got involved, everybody started to get involved. I assume it was their friends, they all started to jump in and try to fight as well. It started off as one or two people and then turned into five or six.

“They were not just having an argument and then fighting, it was straight into fists being thrown, there was not much talking going on. Usually once it’s over something petty, the security will pull them off each other and they’ll just move on to separate parts of the centre and just go home or go elsewhere, but this, they were just keep going at it and the security, there was at least ten security trying to pull these boys apart.

“Usually if it is over a girl or a drink they’d specify that like ‘Why are you doing this?’ This time it was just slurs being thrown about, racial slurs, most of it was racial slurs which, with one of clubs I work at, it is mainly populated by Black culture, Asian culture, so for racial slurs to be thrown about, it was quite rare.”

Police have declared a major incident after a stabbing in Birmingham City Centre.

Cara works in the area and was at the scene.

Cara also claimed she heard the sound of gunshots before seeing a young man sprawled out on the street, surrounded by panicked members of the public.

“After leaving the car park, another gunshot actually went off and it was exactly the same noise.

“Now we actually knew this was a gunshot due to the fact that after it happened, I got out of the car, walked over and there was a young male laying on the floor and there was a lot of, y’know, havoc going on and after speaking to one of the people who was actually witness to that gunshot, he actually told me that that’s what it was and that’s what I’d been hearing for the last five-ten minutes.”

Despite the speculative claim, West Midlands Police have stated they were only responding to multiple stabbings and there has been no official mention of gunshots.

Cara told the BBC’s 5 Live Breakfast show that hadn’t slept all night as she processed the early morning chaos, but also praised the swift police response to the tragic incident.

“I have to say West Midlands Police did an absolute fantastic job with how quick they actually came to the incident, especially with the many road closures that are currently going on.

“After hearing that first big bang and, y’know, quite a bit of loud talking, screaming, just girls being quite loud… at least fifteen police cars made their way past me within 30 seconds of that and then from there road closures were happening more, it was all within a ten minute period that this was happening so I have to applaud the efforts made that night, especially considering, like I said, the road closures and how many people were actually out tonight.”

She added, “Even though I work in a club and I see, y’know, fights happening, I never thought I’d see what I saw tonight. I’ve never really ever witnessed anything like it.”

Local resident Fulvio lives five minutes from where the incident took place and works at PureGym, which falls under the Hurst Street crime scene area currently sealed off by police.

He arrived early for his gym shift but was shocked to discover the police cordon. Speaking to I Am Birmingham, he said:

“I only live 5 minutes down the road, I didn’t really hear anything, it’s very quiet in my area. I used to live, actually, just up here and the weekends were crazy, you know, people shouting… yeah.

“I literally found out as I was walking towards here and I read the news. I didn’t imagine it would be this bad, stabbings happen unfortunately all the time but it looks like it’s worse than anything that’s happened so far.

“Nowadays Birmingham is getting really, really dangerous, especially the city centre so I’m not really surprised. It’s something that is basically happening on a daily basis in Birmingham, stabbings and all that, so it’s not really surprising but it is really sad to hear.”

UPDATE: West Midlands Police have launched a murder investigation after a man died and seven others were injured following multiple stabbings in Birmingham last night.

This is a developing story and I Am Birmingham will continue to update from the scene. Follow us on Twitter @iambirmingham.

(Visited 1,843 times, 1 visits today)
https://www.iambirmingham.co.uk/2020/09/06/breaking-news-major-incident-birmingham-city-centre-following-multiple-stabbings-report-police/https://www.iambirmingham.co.uk/wp-content/uploads/2020/09/West-Midlands-Police-officer-generic-by-Adam-Yosef-for-I-Am-Birmingham-800x465.pnghttps://www.iambirmingham.co.uk/wp-content/uploads/2020/09/West-Midlands-Police-officer-generic-by-Adam-Yosef-for-I-Am-Birmingham-300x174.png2020-09-08T09:41:34+00:00Staff ReporterCrimeNewsArcadian,Birmingham,Birmingham City Centre,Breaking News,Bromsgrove Street,casualties,Chinese Quarter,City Centre,emergency,Gay Quarter,Gay Village,Hurst Street,knife crime,news,Report,Reports,September 6,September 6th,serious crime,Social Media,Southside,Stabbing,stabbings,The Arcadian,vigilant,West Midlands Police,WMPSeveral people have been stabbed in Birmingham city centre in what police have described a 'major incident'. West Midlands Police have confirmed they were called to reports of a stabbing at around after midnight early on Sunday. According to officers, further reports of stabbings were reported in the area shortly after. In an official statement, the force...Staff ReporterStaff Reporter[email protected]AdministratorI Am Birmingham
« Call for vigilance after rise in West Midlands coronavirus cases among young people
Birmingham stabbings witness speaks: “I’ve never really ever witnessed anything like it!” »