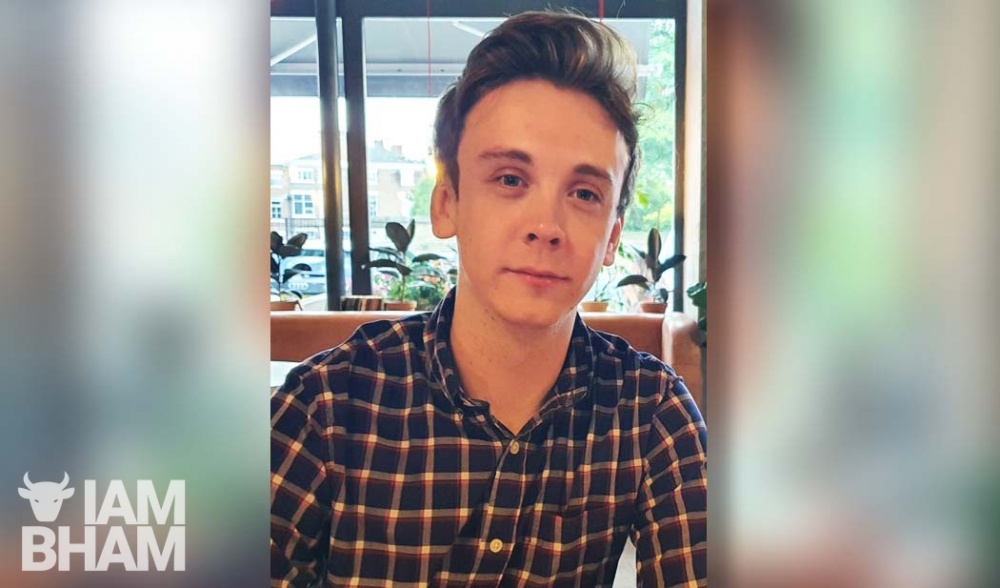 Jacob Billington was just 23 when he was stabbed in Irving Street, Birmingham, as he was out with school friends from Liverpool

The man who sadly lost his life in yesterday’s stabbings in Birmingham has today been described as ‘the light of our life’ by his family.

Jacob Billington was just 23 when he was stabbed in Irving Street as he was out with school friends from Liverpool visiting one of their group who is studying in Birmingham. Another friend, also 23, was seriously injured and remains in hospital in a critical condition.

Jacob’s family have spoken of their loss: “Jacob was the light of our life and we have been devastated by his loss.

“He was a funny, caring and wonderful person who was loved by every single person he met. He lit up every room with his boundless energy and witty humour and the loss of such a special person will be felt by all who knew him for years to come.

“We ask that our privacy is respected during this difficult time.”

Another man, aged 30 stabbed in Livery Street and a 22-year-old woman, attacked in Hurst Street, remain critically injured in hospital. Four others, three men and a woman were also injured.

Detectives worked around the clock securing CCTV footage and speaking to witnesses, and this morning a 27-year-old Birmingham man was arrested from his home address in Selly Oak.

He remains in custody on suspicion of murder and seven counts of attempted murder. Three other people, two men and a woman, were arrested from the same address on suspicion of assisting an offender.

West Midlands Police Chief Superintendent Steve Graham said: “Our thoughts and sympathies are with Jacob’s family and friends after receiving such shocking news, particularly for those who were sharing their night out with him. It’s utterly shocking that a friends’ reunion should end so brutally.

“Equally the families of the other victims have been left devastated by the events of Sunday morning and we are working hard to discover what led to the apparently random attacks. We have no suggestion that the motive was either racial, homophobic or gang-related.”

“The events of the weekend have been extraordinary. These are events quite unlike anything I have seen on our streets before.

“They have also been tragic with the awful loss of life and serious injuries we have seen. My thoughts are very much with the victims and their families.”

Detectives are still appealing for anyone with information or camera footage to contact them via Live Chat on their website: west-midlands.police.uk between 8am and midnight or call 101 anytime. Crimestoppers can be contacted anonymously on 0800 555 111.

(Visited 485 times, 1 visits today)
https://www.iambirmingham.co.uk/2020/09/07/young-man-murdered-birmingham-stabbing-rampage-named-jacob-billington-23-liverpool/https://www.iambirmingham.co.uk/wp-content/uploads/2020/09/Jacob-Billington-was-tragically-stabbed-to-death-in-Birmingham-crop-800x470.jpghttps://www.iambirmingham.co.uk/wp-content/uploads/2020/09/Jacob-Billington-was-tragically-stabbed-to-death-in-Birmingham-crop-300x176.jpg2020-09-08T09:37:24+00:00Staff ReporterCrimeNewsage 23,B'ham,Birmingham,Birmingham stabbings,Chief Superintendent Steve Graham,City Centre,dead,Death,Irving Street,Jacob Billington,Liverpool,murder,Police,September 2020,stabbed,Stabbing,Steve Graham,student,West Midlands Police,West Midlands Police Chief Superintendent Steve Graham,WMP,young manThe man who sadly lost his life in yesterday’s stabbings in Birmingham has today been described as ‘the light of our life’ by his family. Jacob Billington was just 23 when he was stabbed in Irving Street as he was out with school friends from Liverpool visiting one of their...Staff ReporterStaff Reporter[email protected]AdministratorI Am Birmingham
« Birmingham stabbings: Murder suspect arrested over series of city centre attacks
Birmingham gunman jailed after police find pistol and bullets down his trousers »