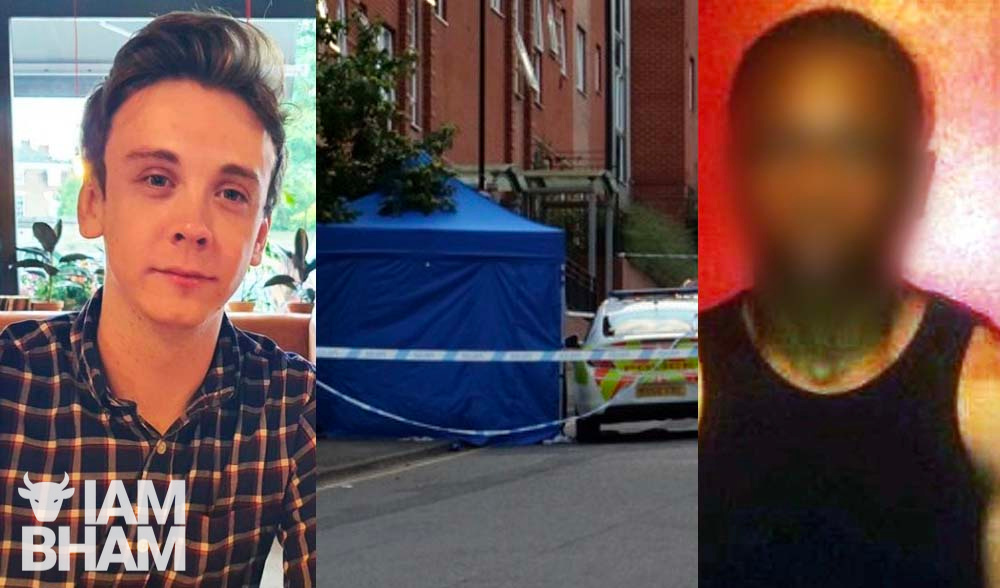 Zephaniah McLeod, 27, has been charged by West Midlands Police with the murder of Jacob Billington (left)

A man has been charged with the murder of Jacob Billington, who was one of eight people stabbed in Birmingham city centre in the early hours of Sunday.

Zephaniah McLeod, 27, of Nately Grove, Selly Oak, Birmingham, is also accused of the attempted murder of the seven other victims of the knife attacks.

Earlier today, West Midlands Police confirmed McLeod remained in custody as detectives were given more time to question him.

The suspect was initially detained at a house in Selly Oak at 4am yesterday in relation to a stabbing spree which left one man dead and several others injured.

After he was arrested on suspicion of murder and seven counts of attempted murder, McLeod was taken into police custody and a warrant of further detention was granted by magistrates, allowing detectives a further 36 hours to question him. This evening, McLeod was charged with murder.