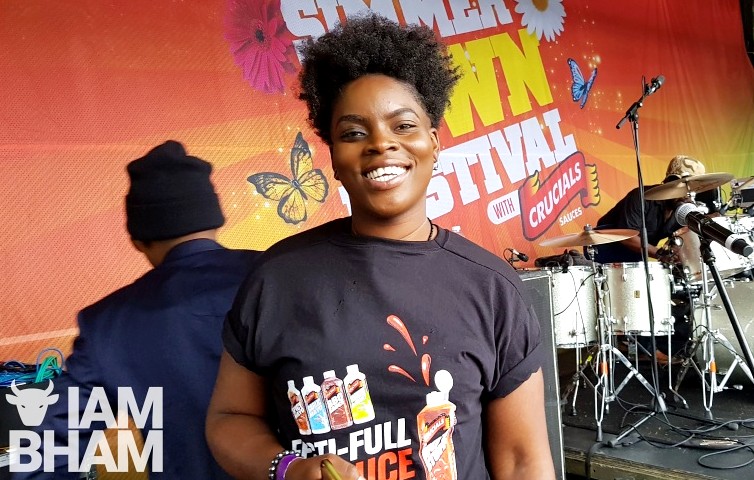 A special online musical event has been planned by the team behind the Simmer Down Festival, as a tribute to BME communities affected by the coronavirus pandemic.

Dubbed ‘Simmer Lock-down Lounge’, the event will be live streamed across YouTube and Facebook for people to enjoy on Sunday (September 20).

As theatres and live music venues remain closed due to the coronavirus lockdown rules introduced by the government, music organisers are employing other methods to bring live music to people in Birmingham.

‘Simmer Lock-Down Lounge’ artistic director Mukhtar Dar said he hopes to “inspire the people and boost morale during the coronavirus pandemic” by inviting the people of Birmingham to enjoy the free music event from the comfort of their living rooms on Sunday 20th September at 6pm.

Organisers hope the event will also be used as a platform to premiere a new song called ‘Hidden Hands’, which celebrates the contribution made by African, Asian and Caribbean communities during the deadly COVID-19 pandemic.

This special song is a musical ode and a celebratory tribute to the hardworking BME heroes at the frontline in the battle against this year’s devastating global epidemic.

The fortitude of these “invisible” workers in the face of adversity is highlighted in the song, said Dar, who co-wrote the track.

“After a couple of months of collective creative collaborations, we are finally at the point to launch the video of Hidden Hands – a tribute by Birmingham artists to BME communities that have and are dying four times more from the dreaded COVID-19 viruses.”

The song mentions ethnic minority bus and taxi drivers, doctors and nurses, ambulance crews and hospitality workers who have made a vital contribution to save lives as the coronavirus pandemic ravages the nation.

The song and accompanying music video bring together some of Birmingham’s finest musical artists, all of whom took part to give a voice to people whose stories are rarely heard in the media.

With an array of ethnically diverse talent, the project was specially commissioned on behalf of the Simmer Down Festival as part of the Arts Council England Emergency Fund.

Visuals for ‘Hidden Hands’ have been directed by Mukhtar Dar, while overall composition and production by Simon Duggal; along with production management by Alex Williams and lyrics penned by Dave Rogers and Antonia Darder.

Artists lending their vocal talents to the special track include the multilingual Hunterz, who has previously released several bestselling albums. He laces the song with his evocative and emotionally laden melodic voice, taking the track to “another level” according to executive producer Dar.

Birmingham based, award-winning vocalist Shin, the frontman of UK’s number one Bhangra band DCS, is also part of the ‘Hidden Hands’ project, described by Dar as offering a “blistering performance full of passion and conviction”.

The addition of singer Janel Antoneshia into this ensemble track infuses the song with her “angelic and haunting vocal notes which are mesmerising” according to Dar.

In the song, Antoneshia brings to life the deeply moving verse about the contribution made by a Jamaican night nurse whose hard work and efforts go largely unheard of in mainstream coverage of the pandemic.

Yaz Alexander, also based in Birmingham, provides heartfelt backing vocals which “resonate with each line of the song”.

Alexander has previously worked with Dar on the critically-acclaimed ‘Dub Qalandar’, a multicultural concert held at Symphony Hall in 2015 to a packed out audience.

Myki “Tuff” Richards uses his incredible “vocal dexterity and blazing delivery” to heat up the ‘Hidden Hands’ track and ignites it with Dancehall vibes and colours.

Myki has also brought his fiery and highly energised stage presence and performed at the annual Simmer Down Festival.

Dennis Seaton from the city’s iconic reggae group Musical Youth also joins the ensemble of singers for the track, and will be performing live on Sunday.

“I’ve been involved in this Hidden Hands video and I urge you, when it comes out, you must watch it, because it really highlights some of the issues and there has been some great work going on,” she said.

A massive line-up of artists will take at the launch of ‘Hidden Hands’. The team of musicians includes:

Amlak Tafari from Steel Pulse will host and compere the Simmer Down Lounge event.

The programme also promises riveting sessions by Birmingham leading Dub poet Moqapi Sellasie and the roots reggae legend Al Campbell, both backed by the stellar musicians from the Friendly Fire Band. Music on the night will be supplied by Gemini Don.

Simmer Down Lock-down Lounge takes place on Sunday 20th September between 6pm – 10pm.
You can watch live on YouTube here.