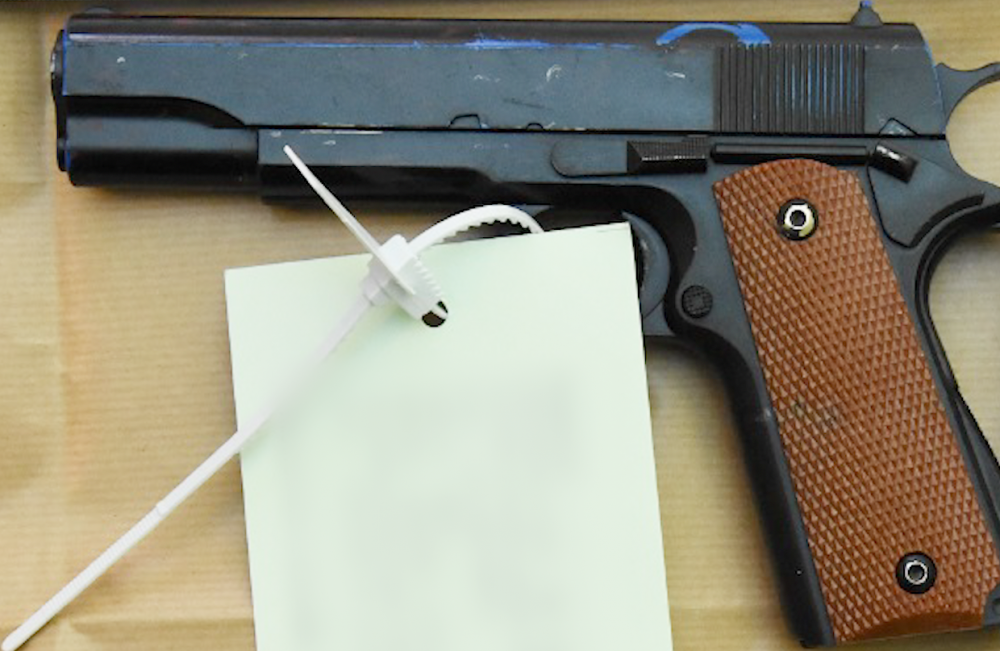 A teenager has been found guilty of neo-Nazi terrorism offences by a Birmingham court (Photo: WMP)

A 17-year-old former Royal Air Cadet from Rugby with links to neo-Nazi groups who wanted to “arm the British public” and trigger a “race war” was found guilty of terrorism offences by a jury on Friday.

The boy, who cannot be named for legal reasons due to his age, said he wanted to build a firearm for “smashing heads” with the aim of eradicating Muslims and spreading “white pride”.

An initial trial into the Hitler-obsessed teenager began earlier this year but following a decision on March 24, the jury was discharged due to the COVID-19 restrictions and the retrial began on 1 September at Birmingham Crown Court.

The jury heard how the former Royal Air Cadet had become a member of the online extreme right wing group Feuerkrieg Division (FKD) in July 2019 and started several virtual conversations where he expressed his extreme views and indicated he was planning or had already converted a blank firing weapon into a viable firearm.

In a survey which he completed when joining the extreme right wing group the teenager expressed his hatred for Jews.

When police officers seized his phone they found over 90 documents on firearms, explosives and military tactics, online material with an extreme right wing rhetoric as well as the online chat conversations that detailed terrorist actions.

Various video clips of right wing terror acts were also found on his phone together with the shooting in El Paso, Texas on 3 August 2019 and the attacks at the Dayton and Garlic festival and the Anders Breivik attack in Norway.

At the start of the retrial Prosecutor Matthew Brook outlined the teenager’s white supremacist philosophy which included his obsession with the Christchurch shootings in New Zealand where 51 Muslim worshippers were massacred in two mosques during Friday prayers. Eleven video clips of the brutal shootings were discovered on the teenager’s phone.

“He came to believe in an ideology which praises terrorists who carry out mass shootings, like the Christchurch shootings in New Zealand, and called the perpetrators of such terrorist massacres ‘saints’.”

A notebook containing the teenager’s ‘manifesto’ was also seized during the investigation. The book was scrawled with sketches of his hero Hitler, swastikas, and details of lone wolf attacks as well as a mocked up logo representing an extreme right group which he planned to form.

“This boy had an unhealthy interest in other attacks across the world and he knew exactly what online platforms to join to share his extreme views.

“He believed he had the skills to convert a blank firing weapon into a viable firearm and was willing to help others with his abilities.”

Following the verdict, the teenage terrorist was remanded in custody until 6 November for sentencing at Birmingham Crown Court.

DCS Bell highlighted the commitment by counter terrorism policing to tackle all forms of extremist ideology.

“We have seen many convictions over the last few years in connection with extreme right wing terrorism and this work continues apace.

“These extreme groups have the potential to threaten public safety and security.”