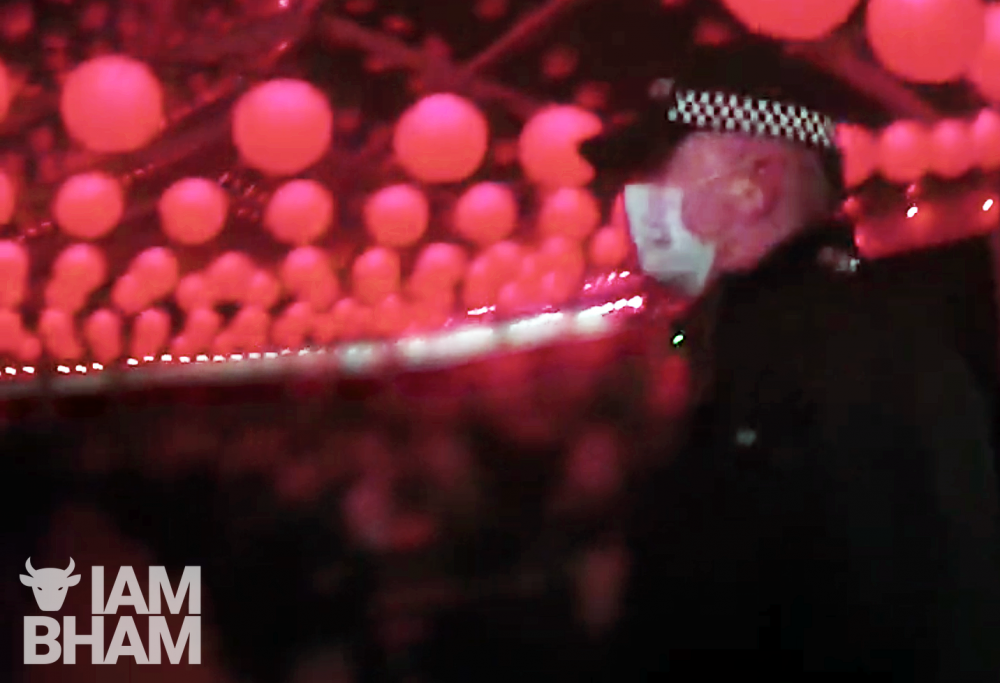 West Midlands Police have handed out a £10,000 fine to a venue in Digbeth after it held an event in a specially constructed marquee and claimed it was an outdoor event.

Officers were called to Lab 11 on Saturday (17 October) night following “concerns that different households were mixing”, which is currently banned as Birmingham’s COVID-19 alert level is presently at ‘high’.

Arriving at the warehouse venue, they discovered a huge marquee had been set up with 100 to 120 people inside it at the venue in Trent Street.

Officers said they noted at least 100 people were inside the venue, with many mixing or dancing without masks.

Sgt Nick Giess, from Birmingham police’s licensing team, said: “The venue tried to argue that it was an outdoor event, but there were walls and a roof so it was essentially a building and did not fall into the same category as a beer garden.

“We spoke to people sat at five tables, and four of them had people from different households on.

“People were being allowed to freely move around without masks on and dance to really loud music – all of which goes against the rules that have been put in place to stop the virus spreading.

“People shouldn’t think that we’re trying to stop people’s fun. It’s the opposite – we’re trying to protect people and limit the spread of the virus so that restrictions can hopefully be eased.”

West Midlands Police said this was the fourth £10,000 fine it had handed venues or individuals in recent weeks.

LAB11 said it would temporarily shut, claiming it had tried to create a safe environment “for people who normally enjoy nightlife”.

Management said anyone with tickets to planned Halloween events would be given a full refund and they would review any potential of reopening “as and when” guidelines change. Despite this, the venue was adamant they would not be paying the fine.

“Today we have been visited by police officers and served with a fixed penalty notice of £10,000 – according to the fixed penalty notice we are in breach of health protection coronavirus regulations 2020; for holding or being in relation to holding an event of more than 30 persons.

“Today a director agreed to meet police at our office, in an attempt to save their family the potential embarrassment of them visiting their home and also to deal with issues that arose last weekend amicably and professionally.

“However, it appears that the sole purpose of the pursuit by West Midlands Police today, was so that LAB11 could attempt to be used as a trophy for their social media account in time for the weekend news.”

According to management at Lab11, they had received visits on the same day by several police officers and initially had no complaints from law enforcement. They claim the concerns were only raised after police had received fresh “intelligence” and believe they were being singled out.

“On Saturday 17th October daytime we were visited by police. They raised no issues or complaints with the venue. Later that evening we were visited by 3 different members of various authorities, who appear to be of higher ranking than those who visited earlier.

“Again, we were informed that this visit was based upon intelligence that WMP had received. Those complaints were founded in the allegation that the premises was in breach of the guidelines over people socialising from different households. This particular allegation is laughable given the abject lack of compliance with this particular requirement manifestly displayed by numerous other venues across the city.

“In current Tier 2 regulations the rule of 6 still applies to outdoor settings. Bearing in mind we have 5+ different internal rooms in the venue – none of which have been used since we closed in March, plus the fact we changed the venue entrance to a new pop-up outdoor entrance – which meant no customers had to enter internal parts of the venue, breaking guidelines. This is a clear demonstration of how we took our responsibilities seriously.”

The statement continues with Lab11 officials claiming they were trying their best to respect regulations and support their staff.

“Opening at this severely reduced level was an attempt to keep people in jobs, support artists, promoters and neighbouring businesses as well as allowing the people of Midlands who have suffered so much during the last few months to be able to, within the restrictions imposed by government, meet up, socialise and try and connect with each other, in a way that is fundamentally human. Unfortunately in terms of LAB11 we can no longer offer that opportunity.”

The post concludes defiantly with the announcement that the venue “are not paying the fine. See you in court”.

In September 2018, Lab11 was allowed to keep its licence following the death of a teenager from a suspected drug overdose.

The venue had its licence initially suspended by Birmingham City Council after a 19-year-old man suffered a cardiac arrest at the club and later died at City Hospital.

However, this was later lifted after an appeal and new measures were put into place by the venue, to the authority’s satisfaction.

(Visited 858 times, 1 visits today)
https://www.iambirmingham.co.uk/2020/10/24/10000-fine-issued-digbeth-venue-lab-11-claims-indoor-event-actually-outdoors/https://www.iambirmingham.co.uk/wp-content/uploads/2020/10/Police-raid-and-fine-Lab11-club-party-in-Birmingham-for-breaking-coronavirus-COVID19-restrictions-WMP-IAB-800x546.pnghttps://www.iambirmingham.co.uk/wp-content/uploads/2020/10/Police-raid-and-fine-Lab11-club-party-in-Birmingham-for-breaking-coronavirus-COVID19-restrictions-WMP-IAB-300x205.png2020-10-24T16:16:52+00:00Staff ReporterBusinessCoronavirusCrimeEntertainmentNews£10000,bar,Birmingham Police,breach,breached,closed,closure,coronavirus,Court,COVID,COVID019,dance,fine,guidelines,hospitality industry,indoor party,indoors,Lab 11,Lab11,law,licensing team,marquee,music,Nick Giess,nightclub,Outdoors,party,Police,restriction,rule of 6,rule of six,Rules,Sergeant Nick Giess,Sgt Nick Giess,social distance,Social Media,tier,venue,West Midlands Police,WMPWest Midlands Police have handed out a £10,000 fine to a venue in Digbeth after it held an event in a specially constructed marquee and claimed it was an outdoor event. Officers were called to Lab 11 on Saturday (17 October) night following 'concerns that different households were mixing', which is currently banned as...Staff ReporterStaff Reporter[email protected]AdministratorI Am Birmingham
« Clocks go back this weekend and here’s when and why…
BLACK HISTORY MONTH | INTERVIEW: Sharon Thompson »