Clocks go back this weekend and here’s when and why… 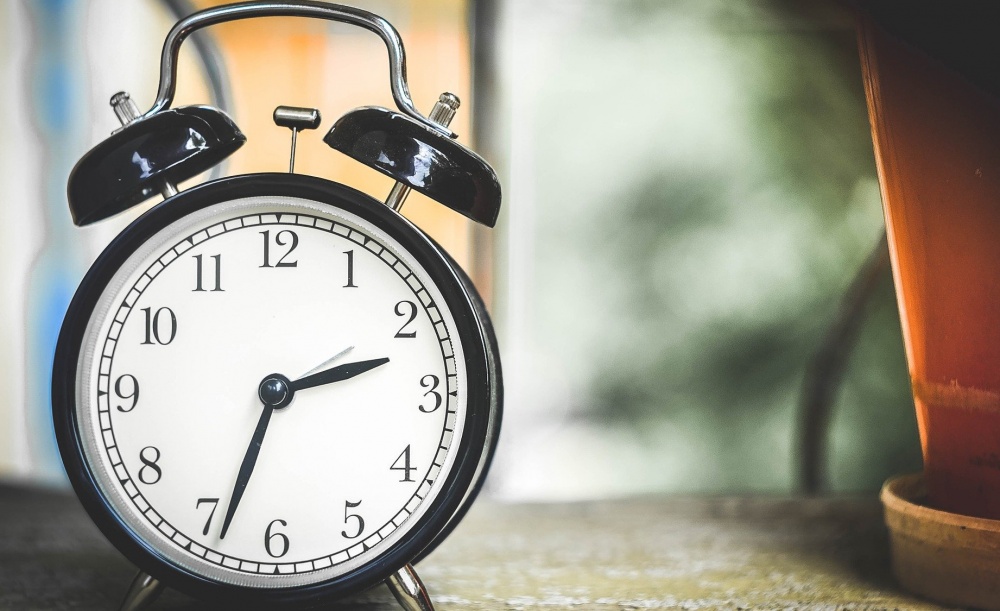 Clocks will be going back in the UK early tomorrow morning as the nation returns to Greenwich Mean Time to prepare for darker days, but when does this happen and why?

Although it happens twice a year, having the clocks go forwards and backwards can get very confusing.

When will clocks go back?

In the UK, clocks go back by one hour on Sunday 25 October, at 2am. This means that the minute after 1.59am will be 1am again.

Will this cause disruption to daily life?

Although it may seem like this could throw clocks, schedules, calendars and appointments into chaos, it’s actually very smooth sailing.

Most technological clocks and timekeepers such as on computers and phones are set to automatically change to the correct time, so the majority of people won’t even notice the change.

However, you will need to manually adjust the clocks around your home, whether they’re on your wall, oven or even your car. Some may change automatically but others will need amending. Alternatively, you can leave less important clocks as they are, as they will be correct again in six months time when clocks go forward again.

Why do clocks go back?

Clocks go back to give us an extra hour of daylight in the dark autumn and winter months. This time change always happens on a weekend and in the middle of the night to prevent major disruption.

The change always falls on the last Sunday of October, which is October 25 this year. The period when the clocks are one hour ahead is called British Summer Time (BST). When the clocks go back, we call it Greenwich Mean Time (GMT).

When do the clocks go forward again?

The clocks go forward again on the last Sunday of March. In 2021, which will fall on 28 March 2021, at 1am. Switching back to British Summer Time (BST) means we get more daylight in the evening but lose an hour in bed.

Who came up with this process?

Although first suggested by inventor Benjamin Franklin in 1784 with the intention of increasing morning daylight to encourage people to get up earlier and save on candles, it was British builder William Willett who brought the practice to the UK in 1907.

So there you go, that’s why clocks are going back an hour at 2am on Sunday 25 October. Enjoy the extra hour in bed!

(Visited 350 times, 1 visits today)
https://www.iambirmingham.co.uk/2020/10/24/clocks-go-back-weekend-heres-when-and-why/https://www.iambirmingham.co.uk/wp-content/uploads/2020/10/Clock-by-Obpia30-1-800x489.jpghttps://www.iambirmingham.co.uk/wp-content/uploads/2020/10/Clock-by-Obpia30-1-300x183.jpg2020-10-24T14:12:02+00:00Staff ReporterNewsWeather2am,Autumn,Benjamin Franklin,Birmingham,British Summer Time,BST,clock,Clocks Go Back,Daylight Savings,England,Europe,extra hour,GMT,Greenwich Mean Time,I Am Birmingham,October 2020,October 25,October 25th,sleep,summer,Sunday October 25,sunlight,TIME,UK,United Kingdom,Weather,William Willett,Winter,winter monthsClocks will be going back in the UK early tomorrow morning as the nation returns to Greenwich Mean Time to prepare for darker days, but when does this happen and why? Although it happens twice a year, having the clocks go forwards and backwards can get very confusing. The clocks go...Staff ReporterStaff Reporter[email protected]AdministratorI Am Birmingham
« Muslim section at Handsworth Cemetery will be full in two weeks, city council confirms
£10,000 fine issued after Digbeth venue Lab 11 claims indoor event is actually outdoors »