Oysters, olives and blue cheese among most disliked foods by Brits, according to new research 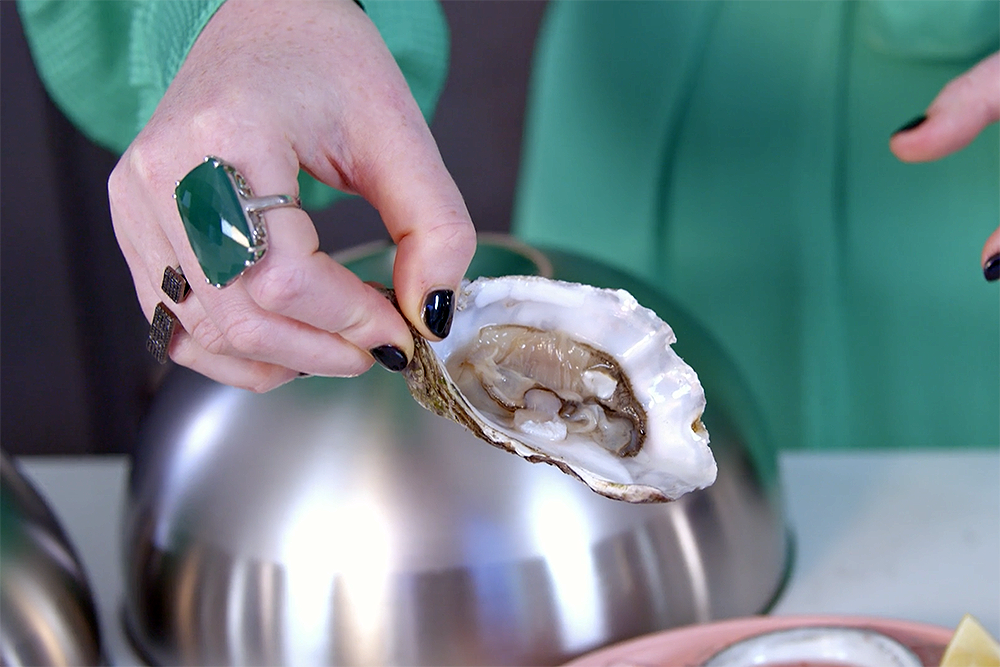 According to new research, 34% of Brits don't like oysters (Image: Gousto/IAB)

New research has revealed the most common foods the great British public dislike are oysters, olives and blue cheese.

According  to the latest analysis, 34% of Brits aren’t keen on oysters, 27% don’t agree with olives and blue cheese puts off 27%.

Researchers, however, think much of the country’s population are out of touch with their taste as half of people (49%) admit they have disliked a food before even trying it and almost half (46%) of people decide to try something new just based on how it looks.

It was also discovered that almost one in five adults (17%) feel uncomfortable describing flavour profiles, with 1 in 5 (21%) refusing to try a new dish if they don’t like the way it looks – regardless of the flavour.

It’s not just looks that puts us off being more adventurous cooks. Almost half (47%) of people would not try an ingredient for a second time if they disliked it once and 55% of people even admit to restricting the flavours their friends and family get to enjoy by refusing to cook an ingredient they dislike for other people.

Of course, the research comes from recipe box Gousto as it partners with that notoriously divisive delicacy Marmite to launch a new range of recipes inviting people to indulge in new flavour combinations that could even convert the “haters”, so how scientific it is is anyone’s guess.

It’s not known how many people were sampled for this research but according to the researchers, these are the UK’s top hated foods:

Top 10 most disliked foods in the UK:

Brits are hungry for change though, almost one third of people have a dislike for a food that they really wish they enjoyed, with 42% of those people admitting this is because everyone else seems to like it and 29% saying this is because disliking it limits their foodie options.

Apparently though, there are the ways in which you can actually train your tastebuds to like foods that you’ve grown up hating.

Taste psychologist Professor Charles Spence says: “It’s no secret that some flavours are infamously disliked by many, such as blue cheese, olives and oysters. However, you can teach yourself to enjoy them – by combining with other foods, cooking up into your favourite recipe, or pairing with ingredients that dial up sweetness and eliminate bitterness.

“And let’s not forget that flavour is one of our most multi-sensory of experiences, helping to make the foods we love so desirable, but also meaning that we can be put off by any of our senses. The good news is that the new science of ‘Gastrophysics’ is providing a range of tried and tested techniques that can help any one of us like flavours that we formerly didn’t.”

Comedian Katherine Ryan put her taste to the test with the help of Professor Charles. She said: “I like to think that I have adventurous tastes. I believe in cooking with new ingredients and experimenting with new flavours with Gousto,

“I think it’s really important for people to broaden their horizons through food. However, shellfish was always a challenge for me. I had never tried an oyster before – and I never planned to, the idea of eating a bottom-feeder put me off. Trying them alongside shallots, lemon and red wine vinegar really took away the saltiness and they were actually quite delicious. I think I’m a convert, but maybe not au naturel.”

2. Hold your nose. If it’s a smell that’s the problem, try holding your nose. It works for medicine, and for ripe cheese, sometimes it smells awful but tastes much better than it smelled

3. Distract. If it is texture that is the problem, and very often it is, e.g. slimy oysters – then add something sharp or spicy/piquant in order to distract your attention – then your tastebuds will pay attention to sharp taste and texture less noticeable

4. Familiarity breeds liking. Familiarise your kids with vegetables away from the dining table first, use vegetables in play and take them shopping for vegetables, too

5. Pair and mix. Disguise the smell of disliked flavours by pairing with another strong flavour. For example, when cooking cauliflower try adding a spice or herb like lemongrass – or mix a strong flavour into a creamy sauce to give it added depth of flavour.