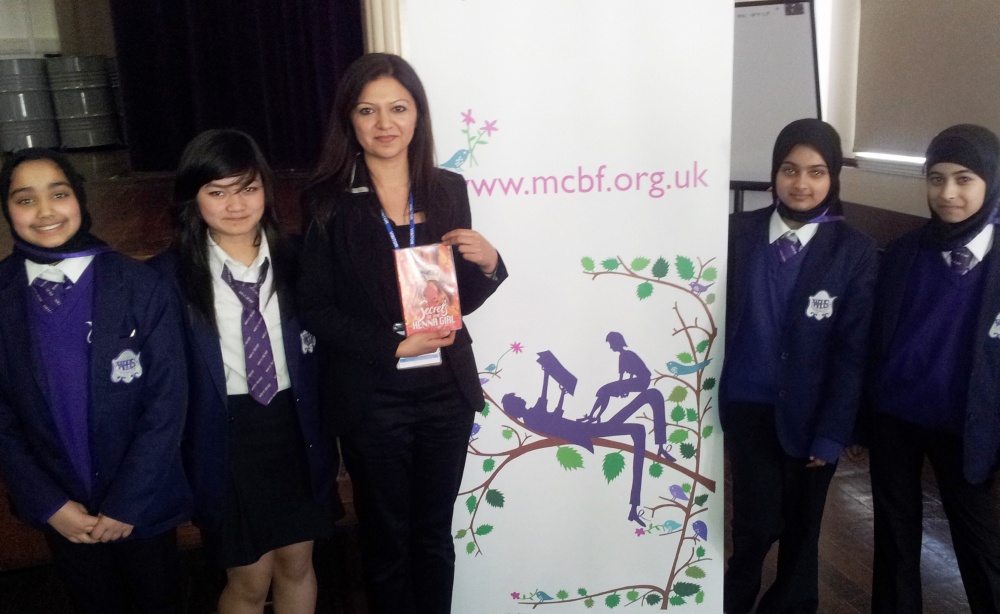 The University of Birmingham and the National Literacy Trust have launched a story writing competition for pupils aged between 9 to 14 years old, inviting them to write about fictional or real everyday heroes they know personally.

The competition aims to raise awareness about the importance of literacy and inspire young people to use storytelling to unlock their creative potential and inspire empathy.

Birmingham Stories is a partnership between the National Literacy Trust and the University of Birmingham to spread awareness of the importance of storytelling and literacy at every stage of life.

The aim of the story writing competition is to give students an opportunity to engage with creative writing. Through the topic of ‘Heroes and Heroines’ the competition particularly encourages pupils to think about the creation of fictional and real characters.

The organisers also hope that by tapping into the concept of ‘heroes’ the pupils will learn about empathy, especially with stories about real everyday heroes who have risen to the challenges brought about by the coronavirus pandemic.

“The term ‘hero’ has played a prevalent part in the Covid-19 pandemic and we’re really looking forward to seeing what it means to young people in Birmingham.”

Entries will be judged by children’s author Sufiya Ahmed, alongside a judging panel made up of literature and culture experts from across the city.

“During lockdown I know many young people have used creative writing to make sense of the extraordinary times we’re living in, and it’s safe to say everyone’s definition of hero has changed over the last few months.

“I’m delighted to be working with Birmingham Stories to encourage local young people to tell their stories and get their voices heard.”

The ‘Heroes and Heroines’ theme of the competition struck a chord with competition judge Sufiya who wrote a book about one of her heroes whose story is often overlooked during Remembrance Day events.

The incredible true story of Noor Inayat Khan inspired Sufiya to write a book called ‘Noor-Un-Nissa Inayat Khan’ which was published in August by Scholastic.

The tale relates the remarkable story of a brave British-Indian woman, with Muslim heritage, who joined the war effort to halt the rise of the Nazis in World War II.

Noor Inayat Khan’s heroic work as a British Special Operations Executive (SOE) agent in Nazi occupied France helped to save British lives. She assisted the French Resistance in its campaign against the ruthless Nazi occupiers who were plotting to invade Britain.

She was tragically betrayed and captured by the Nazis who tortured and executed her at Dachau concentration camp.

Khan was posthumously awarded the George Cross medal, one of the highest civilian decorations in the United Kingdom.

“I think it’s important for children to know that Noor existed. She is one of Britain’s heroes, and her life and death contributed to the liberty we all enjoy in Great Britain, in Europe and around the world,” said author Sufiya.

The organisers of the writing competition hope the theme of ‘Heroes and Heroines’ will inspire young writers to explore their own experiences, and speak to older family members about their memories, and also look around their communities for everyday heroes whose stories remain untold.

Professor Michaela Mahlberg, Director of the Centre for Corpus Research at Birmingham University, explains what the judges are looking for in the entries:

“In addition to directly addressing the KS3 curriculum, story writing is an opportunity to develop skills in empathy. When writing a story, students explore how to put themselves into other people’s shoes.

“They need to consider how to describe the thoughts, feelings, behaviours and speech of the characters they create.”

The competition organisers will use the research from the entries to form the Birmingham Stories Corpus, which will be used by university researchers to study the language young people use in stories.

“The stories we receive will contribute to our research into textual patterns in children’s writing,” said Professor Mahlberg.

Pupils who are interested in taking part in the writing competition can enter through their school or as individuals. All participating schools will be sent classroom resources including story prompts and activity packs designed to inspire the pupils.

The story length must be between 500-750words, and only one entry per pupil is allowed. The competition is open to participants aged 9 to 14 years old (Years 5 to 9).

Each school which takes part will have at least one pupil who will be selected as overall winner. The winning pupil will receive a collection of books, stationary, a journal and their name will be added to a shortlist. Two runner-ups from each participating school will receive certificates.

Individual story submissions will be shortlisted separately. The overall winner will receive an iPad, while runner-up and group prizes for schools include signed books and visits from exciting local ambassadors.

All participants who send in stories to the writing competition will be invited to a special workshop by author and competition judge Sufiya Ahmed to celebrate their writing, and the winning entries will be showcased online in a digital anthology.

Entrants or their parents are also encouraged to share sneak previews of their work on the Instagram account @bhamstories. Winning stories will be published on the Birmingham Stories and the University of Birmingham webpages.

The competition for young writers is open for submissions until Friday 4 December, with the winner to be announced on Friday 18 December.

Full rules and key information about the competition, including submission form, can be found at this link.