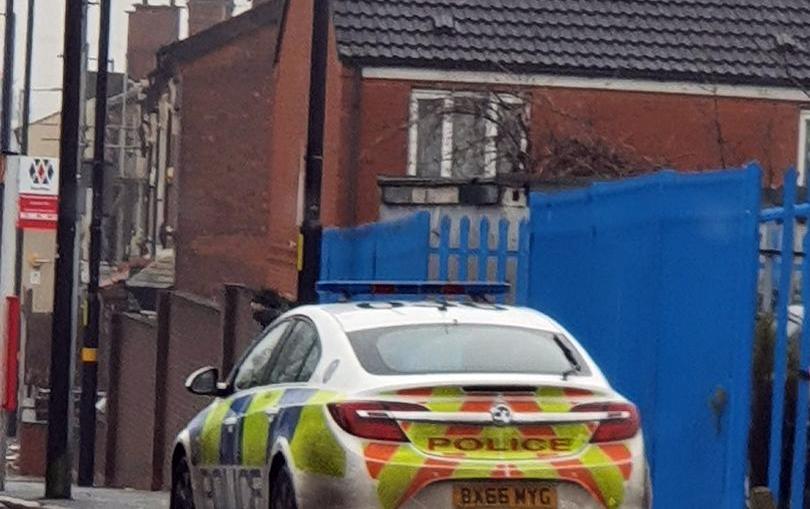 Warning: This article contains images some readers may find distressing.

Local residents in Saltley were left in shock after the head of a pig was dumped near a mosque in Washwood Heath Road on Saturday.

The distressing discovery was made by two sisters who immediately alerted police on Saturday 28 November.

West Midlands Police have opened an investigation into what is being described as a ‘hate crime’ after the head of a pig was discovered outside Saltley Pharmacy, which is situated near a mosque.

Two sisters, who were out for a morning walk, made the shocking discovery just before midday and a call was made to the police.

The appalling sight was met with revulsion and horror by local people. The two sisters who discovered the pig’s head remained at the scene and waited for the arrival of the police.

The pig’s head was dumped within walking distance to the Anjuman-e-Naqeebul Islam mosque in Washwood Heath Road.

Pigs heads are often used by neo-Nazi terror groups against ethnic minorities to spark fear and outrage, especially against the Jewish and Muslim communities where the consumption of pork is strictly prohibited.

Anti-racism watchdogs claim that the dumping of a pig’s head near a mosque or synagogue by extremist hate groups is often designed to intimidate and incite, and the abusive act is also interpreted as a coded message telling ethnic minorities “get out of Britain and go back to where they come from”.

Police officers arrived at the scene of the horror in Saltley and the pig’s head was promptly removed and statements taken to assess the crime and reassure the residents.

One of the sisters, who spotted the pig’s head, and wishes to remain anonymous, spoke about the traumatic incident.

She said: “My sister and I were walking along Washwood Heath Road Road at 11.40am, when we witnessed, to our absolute horror, a pig’s head.”

“The head was visible to both pedestrians and drivers.

“We took it upon ourselves to contact the local police and report the hate crime.”

She also thanked the police for removing the pig’s head – which is used as a “symbol of bigotry” by neo-Nazi groups to spread Islamophobia- and hope the investigation will treat this as a “hate crime”.

She said: “Essentially, the police acted professionally and almost instantaneously removing the symbol of bigotry – especially as there is a mosque, located just a few metres away.

“This was a distressing reminder of the fact that Islamophobia and discrimination towards minority communities, is still prevalent today.”

There has been a disturbing rise in online Islamophobia during the COVID-19 lockdown according to a recent study, and fake news has been shared between far right extremist groups connecting the British  Muslim community to the spread of the virus.

Local residents are alarmed by the dumping of the pig’s head near the mosque and some people fear this distressing incident might be a prelude to further provocative attacks by neo-Nazi groups looking to stir up friction and trouble during a sensitive time when the nation is dealing with a deadly pandemic.

West Midlands Police confirmed detectives attended the shocking incident in Saltley and more enquiries will be made into this serious case.

A police spokesperson issued a statement over the weekend and said: “We were called this afternoon (28 November) after a pig’s head was discovered in Washwood Heath Road, Washwood Heath.

“The caller perceived this to be a hate crime. Officers have attended and further enquiries are being carried out.”

If you have been a victim of hate crime you can report the incident at this link.