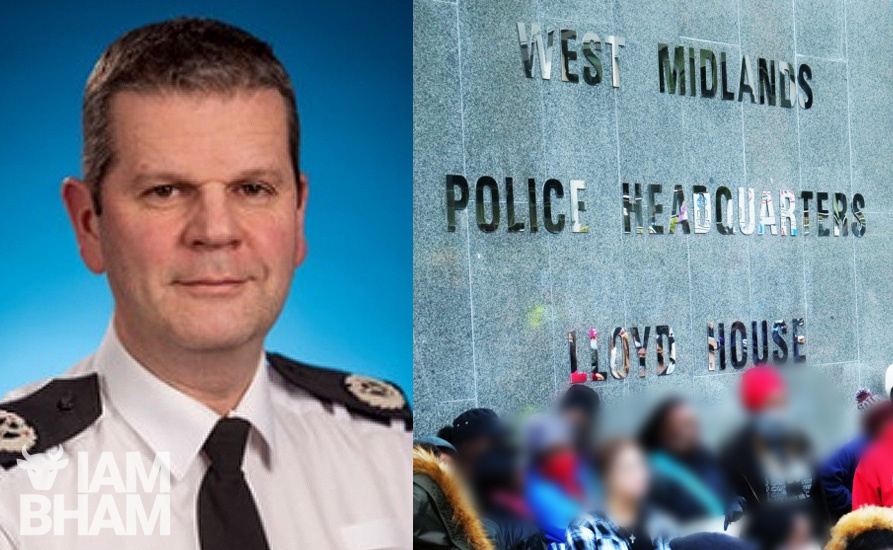 Police in the West Midlands have defended a decision to fine campaigners attending a memorial to the Birmingham pub bombings for breaching coronavirus restrictions.

Six people were issued with fixed penalty notices after attending the event last November, including Julie Hambleton, whose sister Maxine was killed in the 1974 attack.

Police claim the notices relate to a breach of regulations over the gathering of two or more in a public place but lawyers acting for the six people targeted said the fines would be challenged, with Hambleton outright refusing to pay.

“I am not paying the fine… to accept this fine would be to deny the death of our loved ones,” she said.

Ms Hambleton, who last summer announced she would stand in Police and Crime Commissioner elections in May 2021, told reporters that no officers had come out during the memorial event to warn those outside at the time. She went on to describe the police decision as “crass”.

According to Hambleton, earlier memorial events had been cancelled due to coronavirus restrictions so organisers had agreed to hold the memorial on 21 November. At the time, England was in a second national lockdown, before the tier system was introduced on 2 December.

She said a convoy of cars involving more than 500 people had been agreed with West Midlands Police, and the group had complied with a request from the force not to gather at a mural dedicated to the 21 people who were killed in the attacks 46 years ago.

However, when the convoy broke up at WMP headquarters outside Lloyd House, a number of supporters gathered, who were subsequently fined.

Police have defended their decision after Conservative MPs Gary Sambrook and Nicola Richards accused the force of bias and inconsistency, describing the decision as “morally wrong”

In an official statement from West Midlands Police, Assistant Chief Constable Chris Todd said: “We’re aware of a letter which has been sent to our Chief Constable by two local MPs.

“We acknowledge their concerns and would like to use this opportunity to explain our position.

“A number of fixed penalty notices were issued following a gathering outside West Midlands Police headquarters on 21 November.

“Following a review, the people present were found to be in breach of regulation nine of coronavirus legislation. This relates to gatherings of more than two people in a public place.

“We were given advanced notice of a planned convoy of vehicles in Birmingham on 21 November. After liaising with the organisers this was reviewed and not deemed to be in breach of the legislation.

“The organisers were made aware that any gathering would be in breach of lockdown two regulations unless exemptions applied.

“The convoy set off as planned and later paused in Bromsgrove Street, where there was a gathering on foot. We spoke to the people present and reminded them that such gatherings were in breach of regulations. They left a little while later and so no further action was taken.

“However, a short time later members of the same group gathered again outside West Midlands Police headquarters, in breach of lockdown regulations. Approximately 20 people gathered for around 15 minutes before leaving.

“On the day, we were responding to the spontaneous nature of these gatherings, their intention to gather was not communicated in advance. If this had been known, a different policing response would have been in place. Officers present tried to engage and explain on the day. Following a review of the evidence and circumstances it has been decided that enforcement action is appropriate.

“We have since conducted a proportionate investigation and as part of this we’ve been seeking to identify those who were breaching the rules at the gathering.

“Having reviewed the nature and scale of the gatherings in Bromsgrove Street and outside Lloyd House, we have been able to identify seven people that were present. They have been issued with a £200 fixed penalty notice.

“We have also taken action against people at a protest in Wolverhampton the week before (14 November). 12 people were arrested and issued with fixed penalty notices.

ACC Todd said the force accepted the right to freedom of expression and “peaceful protest is a key part of any democracy”, but that “coronavirus remains a deadly disease and there are still restrictions in place to prevent its spread.”

“We assess and carefully balance the regulations and individual freedom against the current lockdown restrictions, working with the organisers of such events.

“We continue to encourage people to comply with the regulations to keep everyone as safe as possible. If there are breaches it’s our responsibility to take action. We issued 671 fixed penalty notices for breaches during lockdown two, of which 596 were for gathering offences.”

In a letter to Chief Constable Sir Dave Thompson, they asked for the “deeply concerning” and “morally wrong” decision to be reversed.

“It is deeply concerning and morally wrong to fine the victims’ families of a terrorist attack who are campaigning for justice,” the letter states.

“While mass protests have been allowed to go unchecked through our city throughout the year. This is an inconsistent approach and from the outside incredibly bias.”

The letter continues, “It was right that police have powers to enforce compliance during the pandemic, but they should be used proportionately and consistently. It is clear that is not happening in the West Midlands.”

“I was shocked to see in the news today that 6 people have been fined for holding a vigil to the victims of the Birmingham Pub Bombings outside Police HQ. This is completely unacceptable, especially when mass protests over the first lockdown went unpunished.

“It is outrageous and a step too far. It is simply wrong to be fining the families of the victims of a terrorist attack for honouring the memory of their relatives.”

“With regards to other protests from earlier last year, it’s worth recognising that the legislation has changed slightly since then, as has the national approach to policing through the pandemic.

“Our policing style has evolved because infection rates have continued to rise since lockdown two and we therefore seek to enforce breaches quicker than we previously have.”