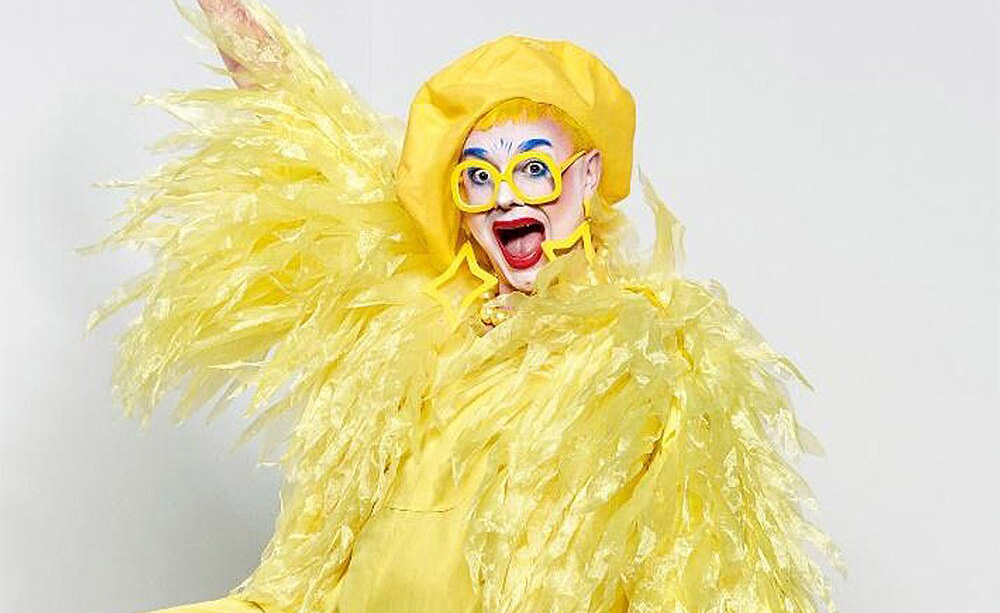 As RuPaul’s Drag Race UK makes a return to screens tonight for a brand new series, one of Birmingham’s very own drag stars is a stand-out contender in this year’s show.

With all of the drama, glamour, glitz and sashaying that usually accompanies the hit TV series, fans are in for a treat as they’re formally introduced to Brum’s Ginny Lemon!

Brightly coloured, and nearly always stunning in top-to-toe in brilliant yellow, Ginny describes themselves as a “drag troll”.

“I live in Worcester, but as there’s no drag scene there, my main scene is Birmingham. It’s absolutely fabulous and so diverse. It’s the most loving and embracing scene I’ve ever been a part of. I think people need to wake up to how fabulous Birmingham is!”

Ginny, 31, will be up against 11 other Drag Race UK contestants, all with equally bold and brash personalities so they’ll have to really push their talents for audience approval.

During the course of the new series, the 12 drag queens from across the UK will be tested on their make-up skills, sewing abilities, fashion sense and their performance repertoire from singing and acting to comedy and dancing skills.

According to the Worcester native, comedy is Ginny’s weapon of choice along with some fabulous singing skills.

“I’m a fabulous singer and I can do everything. And, an absolute bullshitter as well. I’m looking forward to any comedy challenge. I’m going to bring you a down to earth, working class, sense of humour.”

Although a drag artist for over four years with numerous elaborate costumes, Ginny has admitted sewing isn’t their strong suit. “Actually, I don’t sew, no way. I tried to sew but I got too nervous, I was lethal with a needle! I also really hate choreography. My sewing skills are c**p, but I can tape together baccy pouches to make a dress if I have to!”

Despite the apparent weakness, donning blinding yellow from hair and glasses to gown and shoes appears to be the performer’s trademark look.

“Someone once said I was too fat and ugly to wear yellow, so I thought well I’m going to make it my signature colour! For me, it’s a spiritual sign of happiness. Plus, I like to look absolutely bat s**t crazy.”

With an infectious and endearing personality, Ginny Lemon’s catchphrase “Fancy a slice?” is already being popularised across social media platforms and will no doubt be a regular feature in the show.

No stranger to the small screen, Ginny Lemon has previously appeared on The X Factor, leaving quite the impression on Simon Cowell.

The drag queen made it to boot camp on The X Factor in 2017 after bursting into the audition room and asking: ‘I’m Ginny Lemon, fancy a slice?’, leaving judges Simon Cowell and Nicole Scherzinger gobsmacked.

Following her Liberty X performance, Sharon Osbourne told Ginny they were a “a great visual performer” but needed to “tone it down!’

Sharing their outlook with the BBC ahead of the show’s launch, Ginny said: “I’m the hairiest woman in showbusiness! I’m the only non-binary drag queen in the UK…with a sense of humour!

“I don’t do traditional drag; I am a character. My look is a ’90’s daytime TV presenter. I wear my face which suits me. For me, it’s not about makeup. It’s all about the performance”

The UK version of Ru Paul’s Drag Race is based on the popular US franchise, which has run for 12 seasons and been adapted by seven different countries.

Initially having only a cult following, the show has over the years developed mainstream notoriety and a huge fanbase in the LGBTQ+ community.

The British edition – which first launched in October 2019 – sees drag icon RuPaul Charles handpick 12 ‘queens’, who he then judges along with Michelle Visage and rotating judges Graham Norton and Alan Carr after a series of challenges; with a different guest star providing additional feedback each episode.