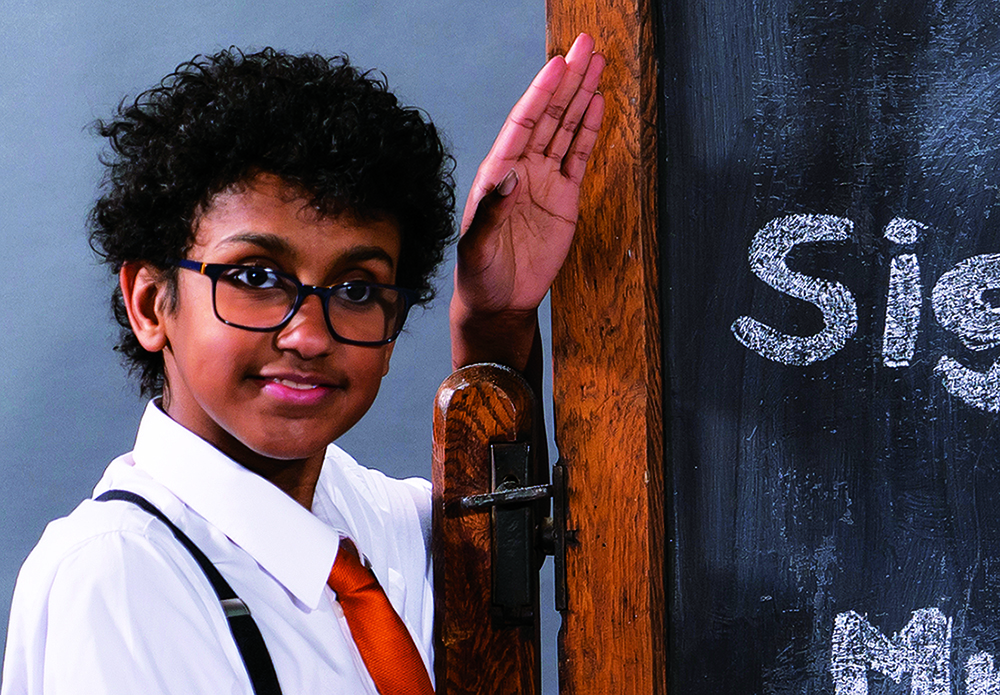 A 16-year-old boy from Birmingham, who helped to get more than 80,000 people learning British Sign Language over the last year, has won the ‘Stephen Sutton Inspiration Award’ at the 2021 Pride of Birmingham Awards.

The Pride of Birmingham Awards celebrate the city’s unsung heroes, including those who have come to the fore during the pandemic.

One of those unsung heroes is Tyrese Dibba, a Deaf and partially sighted student who has CHARGE Syndrome, a rare genetic disorder which can affect many areas of the body including sight and hearing. Tyrese was star of the ‘Sense Sign School’ that taught tens of thousands of people BSL via online video.

The campaign was launched by the disability charity Sense last May and invited the public to sign up for free online classes. The teenager and his family have been supported by Sense since he was six months old and Tyrese has enjoyed among other things going on specialist holidays and family days arranged by the charity.

Tyrese also receives one-to-one support from a specialist Sense support worker, who helps with BSL interpretation and other everyday tasks.

Sense research also shows that one in four Brits avoid conversation with disabled people because they worry about saying the wrong thing.

As part of the awards, Tyrese got to meet Conor Coady, the Wolverhampton Football Team Captain and this year’s awards presenter Kym Marsh.

Tyrese Dibba said, “Thank you. I’m happy I won. It was hard work to teach everyone sign but I enjoyed it! I loved meeting Conor Coady as part of the awards and loved showing him some signs, like how to spell his name, his sign name and his shirt number.”

His mother Vicky Dibba said she was shocked by proud of Tyrese’s achievement:

“Ty was really shocked and surprised about winning a Pride of Birmingham Award. As for me, I’m very proud of Tyrese; he made Sense Sign School his own, showing his pride in his language and culture.”

Sense is a national disability charity that supports people living with complex disabilities, including those who are deafblind, to communicate and experience the world.

The organisation supports children, young people and adults in their home and in the community, in their education and transition to adulthood and through its holidays, arts, sports and wellbeing programmes.

Richard Kramer from Sense said: “Sense is incredibly proud that Tyrese is being awarded with a Pride of Birmingham award.

“He’s an inspirational young man who has overcome challenges and got tens of thousands of people learning sign language. It’ll give a lift to Sense staff and the people and families and we can’t think of anyone more deserving of winning this award.

“Hundreds of thousands of people use British Sign Language as their first language, and Tyrese has helped more people take the first step in learning the language, so that we can ensure that less people are left out, and help to tackle loneliness and social isolation amongst disabled people.”