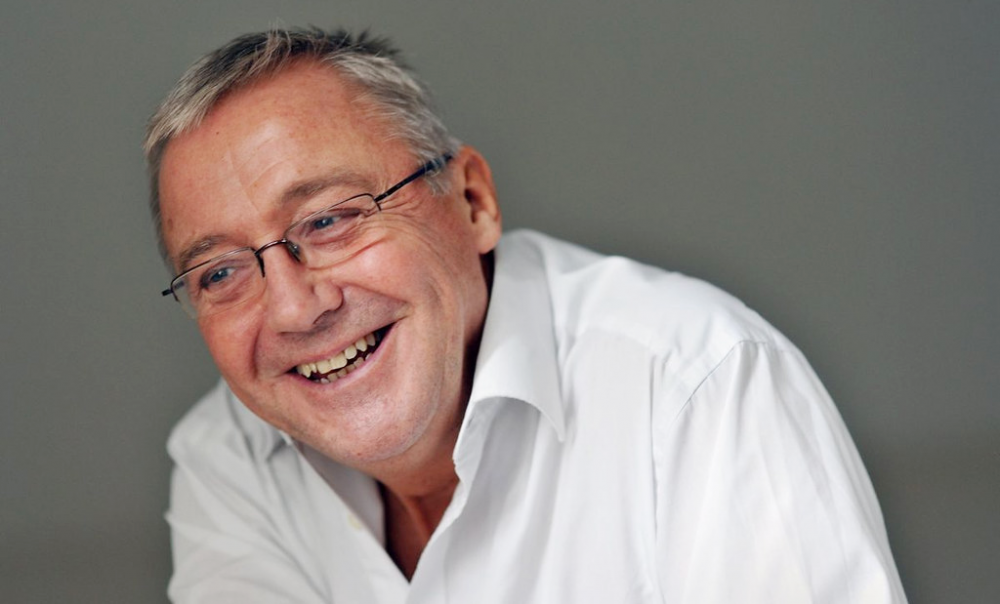 The opera world has been devastated after news broke about the death of pioneering director Sir Graham Vick who died from COVID-19 complications on Saturday 17th July.

The 67-year-old artistic director of Birmingham Opera Company tragically died of complications arising from COVID-19. The company announced he had been in hospital since June after testing positive for the virus.

Graham Vick was born in Liverpool in 1953, and later went on to work in some of the major opera houses in the world including Glyndebourne Opera, Metropolitan Opera New York, Royal Opera House Covent Garden, Paris Opera, and La Scala Milan, working alongside legendary conductors such as Bernard Haitink, Riccardo Muti, Valery Gergiev and Zubin Mehta.

The innovative director formed the Birmingham Opera Company from the fledgling City of Birmingham Touring Opera in 2000 in order to share the transformative power of top-quality opera with the many and not the few. Continuing his international work in the world’s leading opera houses, he always returned to his creative home, Birmingham.

For twenty years Vick’s Birmingham Opera Company has been showcasing an annual show in Birmingham to people who come from a truly diverse range of backgrounds.

It was his work with the Birmingham Opera Company that lead him to bringing opera to economically impoverished communities who have been forgotten by the elite opera houses. Vick’s ethos was to make opera accessible and topical, and to make it available to people who otherwise would have little or no access to it due to social or economic disadvantages.

The chorus who sang and acted in Birmingham Opera Company productions would be selected from a wide range of social and racial backgrounds, including members of Birmingham’s refugee community and people living in extreme poverty and individuals who have been vulnerably housed. The experience of working in a major opera production brought a real sense of acceptance and healing to people who have been shunned by society.

Vick showed empathy and understanding and offered the art of opera as a beacon of hope in dark times. This daring and visionary director would bring socially and politically charged productions to locations where the message of hope and unity would feel honest and real.

Vick would stage his productions in no fixed venue. Birmingham Opera Company productions were staged in unexpected spaces that had been left empty and abandoned for decades. Opera would be lit and heard in shuttered ballrooms, derelict nightclubs, industrial warehouses and disused factories in locations such as Digbeth and the Edgbaston Reservoir.

In the derelict factories, parks and urban spaces of Birmingham, everyone was welcome, not just as spectator but participant with no selection process other than a commitment to turn up and take part.

Children, including babies, were welcome, disabled people were warmly embraced, and no one was made to feel inferior or unwanted at Birmingham Opera Company productions. Vick was always there at the front door to usher in the audience, and he was there at the end of the night to wave as the people left the performance. He warmed human hearts in a unique way, and he broke down social and political barriers which kept people apart.

From 16 to 90 year olds, people volunteered in their hundreds to be part of Vick’s pioneering productions, committing to arduous and inspiring rehearsals resulting in unique, ground-breaking productions that have taken Birmingham’s name across the globe as an innovator.

Vick threw open the doors to the people of Birmingham who came to discover the magical joy of opera in a setting that was not alien or foreign to them. All of the social stigmas and fears linked to class and elitism were left at the door.

In rehearsals, and during performances, Vick treated everyone the same from principal singers to community volunteers, stage management and crew, audiences and donors. VIP red carpet receptions were never held at Birmingham Opera Company, for he believed that no one was more or less important than anyone else. Inclusivity and equality were not just slogans, they were key components of Vick’s outlook in every aspect of the material he produced over the years. He showcased life as a journey with fellow travellers rather than adversaries. Fear, intolerance, nationalism and racism were exposed as cancers that divided communities. Vick’s productions were fused with a powerful message that revealed love as the bedrock which cemented and united humanity during dark times.

The productions that Vick directed in Birmingham drew critical acclaim around the world and some of the shows were recorded and screened on television to a wider audience.

Vick received many accolades and honours over the years for his pioneering work in the opera world. He received a CBE in 2009, and the Royal Philharmonic Society gave Vick an Honorary Membership in 2016 for his hard work and efforts to use opera as a way to democratize the arts, and in the 2021 New Year Honours list he received a knighthood.

During Vick’s honours acceptance speech at the Royal Philharmonic Society, where previous honours recipients included Rossini, Berlioz, Wagner and Starvinsky, he said: “Any work of art worth its salt contains the demand for change. So it’s no surprise that our most conservative of countries should feel challenged by the very concept of art, just as it’s always been challenged by the concept of religion; never more so than now.”

Vick was alarmed at the way the country of his birth had become a “dangerously divided society – divided by opportunity, race, religion and above all, by wealth”.

In his speech he offered a solution: “How can we bind this fractured world together? Where can we look for our common humanity? I look for it in music. Music already belongs to everyone. The democratic wonder of opera is that we all of us already share the material – it is of us. We have been singing stories for as long as we have existed. The music has always been in us and the stories always about us.

“You do not need to be educated to be touched, to be moved and excited by opera.”

During his speech he also explained why he annually came back to Birmingham:”…the reason I return is because in Birmingham when I wake up in the morning wondering what it’s all for I know the answer. There in the glorious participation of audience and performers – of people and peoples from every aspect of the city, every age, every ethnicity every social background – only there can I be completely myself – only there do I find myself – only there is my loneliness always consoled. Isn’t that what we are all looking for in the miraculous shared experience – something that is deep within us all joining us together – something we can recognise as our common humanity?”

Vick’s lasting legacy for many will be the way he inspired both the performers and the audience to see each other as equals regardless of race, faith, gender, politics, or class.

Graham Vick was a rare human being whose passion was to use opera as a way to build a bridge of humanity and understanding between people.

Humanity as a unified force of positivity and light, free from prejudice and intolerance, these were the core themes in every opera production that Graham Vick produced over the years in Birmingham. A light has gone out not just in Birmingham but around the world too.

Check out our gallery below for highlights of productions directed by Graham Vick for Birmingham Opera Company over the years: