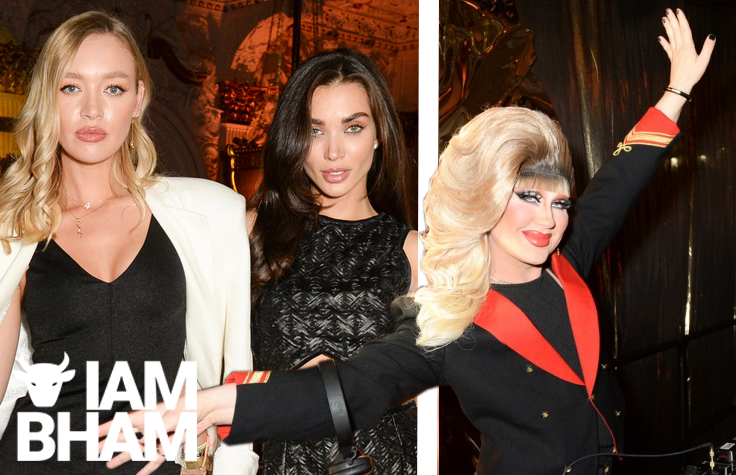 It may have only been weeks ago that Hollywood A-lister Tom Cruise was staying at the venue while filming Mission Impossible 7 in the city, but The Grand Hotel Birmingham has once again been graced by famous faces as it officially reopened this week.

On Wednesday, VIP guests from the worlds of property, art, film, fashion and television gathered to celebrate the reopening of the hotel after it recently underwent a £45 million restoration and refurbishment.

The hotel opened its doors to the public on Tuesday 18 May but initially held back on formal celebrations due to pandemic and lockdown restrictions; which have since been eased.

According to the hotel, “guests were greeted with Perrier Jouet champagne on arrival. The evening featured supper in Isaac’s, the New York style brasserie where chilli avocado dip, chicken wings and fried mushroom ‘calamari’ were served to start. This was followed by a choice of burger, Beyond Meat burger and fried buttermilk chicken.

“The party started with the first of many performances, in the glamorous cocktail bar Madeleine’s. Guests then relocated to the ballroom to enjoy a DJ set from Jodie Harsh which then went into a performance from Sophie Ellis-Bextor.”

The well-known personalities later made their way back to Isaac’s to enjoy an after-party featuring sets from Friendly Fires and DJ Fat Tony, with a bit of  corridor karaoke and photo booth action too, apparently.

Housed in one of Birmingham’s most iconic buildings on Colmore Row, The Grand Hotel is a Grade II listed building which sits neatly in the shadow of St. Philip’s Cathedral.

Retaining the building’s French Renaissance exterior, Victorian and Arts & Crafts features the restoration also includes a new penthouse suite with spectacular views across St Phillip’s Cathedral and the city beyond. The interior design reflects the passion and spirit of contemporary Birmingham, whilst paying homage to the building’s stunning original features and history.

Guests can stay in one of the hotel’s 185 guest rooms and suites; meet and drink in Madeleine, the hotel’s glamorous cocktail bar where Afternoon Tea is also served; or book a table in Isaac’s, the New-York inspired brasserie-style restaurant.