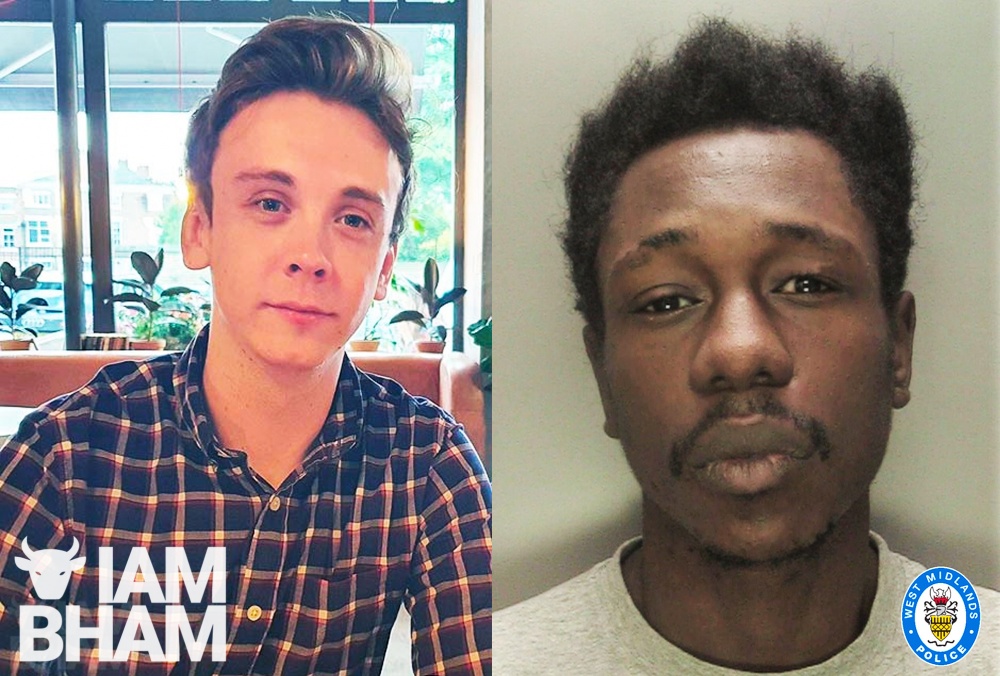 Ruthless killer Zephaniah McLeod has been sentenced for murdering a young man and injuring seven others in a violent stabbing rampage in Birmingham last year.

In September 2020, a series of stabbings over the course of a few hours in Birmingham city centre left seven people seriously injured and a young man dead, leaving the city shocked and stunned.

28-year-old Zephaniah McLeod has been sentenced for four counts of attempted murder, three counts of wounding and manslaughter on the grounds of diminished responsibility.

At Birmingham Crown Court today (Thursday 18 November) he was given a life sentence, with a minimum of 21 years, McLeod is currently being held in a secure mental health facility, and will only be transferred to prison to serve the remainder of his sentence if he is deemed well enough.

The events in the early hours of Sunday 6 September 2020 began half an hour after midnight when a 33-year-old man was stabbed in Constitution Hill leaving him with a neck wound.

Twenty minutes later a 25-year-old woman was stabbed to her shoulder in Livery Street and, minutes after that in Barwick Street, a 29-year-old man was left in a critical condition with a chest wound.

Superintendent Jim Munro was the senior investigating officer for the case. He said: “It’s not unusual for us to receive several reports of assaults, some involving weapons, on a busy weekend evening, so the incidents were not linked at first.

“Our CCTV operators immediately began exploring footage around the scenes that had been reported to us and later that day we identified a potential suspect linked to each attack, so we began tracking his movements.”

West Midlands Police also confirmed it wasn’t until 1.50am that McLeod launched his next attack in Irving Street on a group of school friends from Liverpool who were returning to their hotel after a night out while visiting one of their group who was studying in Birmingham.

That night Jo Billington lost her only son, Jacob. She said:

“He was an absolutely fantastic young man, he was fun, cheeky, full of life, full of happiness. Things were going really well for Jacob at the time of his death. He was working at the university where he’d studied, as a graduate intern.

“He had a new girlfriend who he was really keen on, he was just in a really good place. He had an amazing set of friends who were really supportive and they were just enjoying their young lives. I couldn’t have hoped for more.”

Since the tragic incident, Jo has formed a deep friendship with Anne Callaghan, the mother of Jacob’s friend Michael, who suffered life-changing injuries at the hands of McLeod. Before the events in Birmingham Anne said she ‘could not have designed him any better’.

Michael now faces many months of rehabilitation. Anne has commended his absolute determination. She said: “We don’t really understand how he survived because people just don’t survive those injuries.

“He speaks of his loss and his grief (for Jacob) and has said he would swap places if he could.”

That night McLeod went on to stab two men, aged 29 and 24, and also inflicted critical injuries on a 23-year-old woman shortly after, all in Hurst Street, all have since recovered.

From the CCTV evidence it emerged that after leaving Barwick Street, McLeod had dumped his knife in a drain. He tried to obtain another knife from a pizza takeaway, but when they refused him, he caught a taxi to his home address in Nately Grove, Selly Oak and re-armed himself, before heading into the city centre again to continue his assault an hour later.

Supt Munro continued: “The number of CCTV cameras across the city is significant and took an immense amount of co-ordination, however not all of the incidents were covered by cameras. We were able to match the clothing McLeod wore to witness and victim descriptions, to identify him and he was arrested from his home address just over 24 hours later.

“McLeod has never given an explanation for his actions that night which leaves no closure for his victims or their families and friends, although I am pleased that the admission of his crimes has spared those involved the ordeal of a trial.”