‘Prevent has been a total failure and should be scrapped,’ Muslim leader calls out counter terrorism strategy 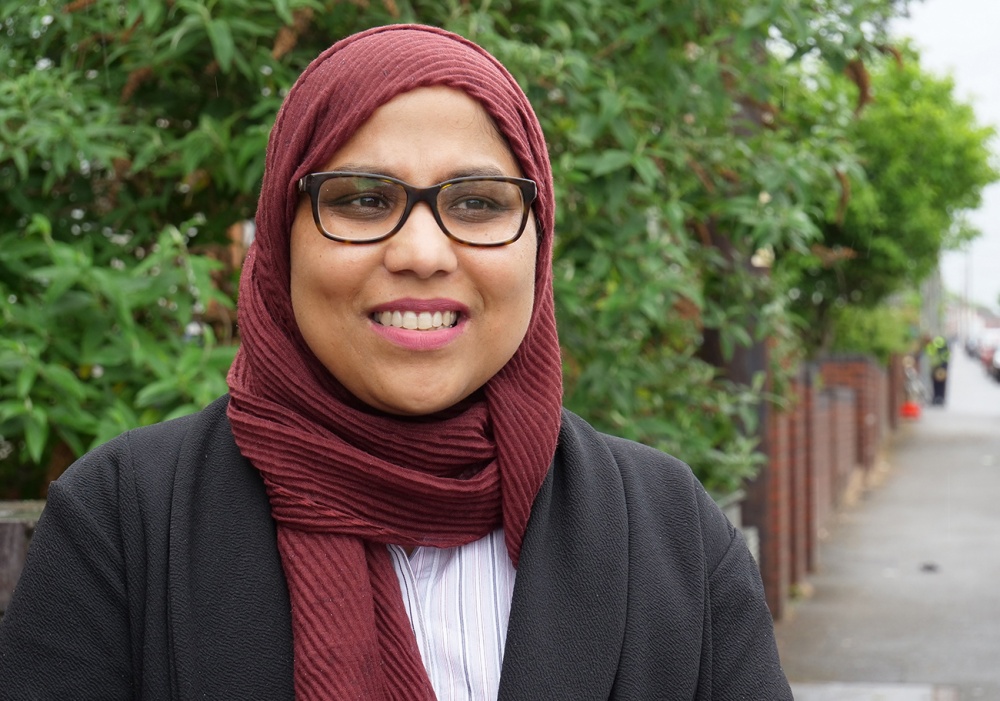 Community leader Mashkura Begum, appearing in tonight's Disptaches on Channel 4, is calling for Prevent to be scrapped

A Muslim community leader from Birmingham has slammed the government’s anti-terror Prevent programme for failing to stop radicalisation, accusing it of “sowing the seeds of suspicion and hate towards ordinary Muslims”.

Mashkura Begum, chair of community empowerment organisation Saathi House, features in a special Dispatches programme to be aired on Channel 4 tonight which explores failures in the government’s anti-radicalisation Prevent programme.

As part of the government’s Counter Terrorism Policing strategy, the aim of the initiative has been to “prevent vulnerable people from being drawn into extremism”.

According to the policing unit, “the government-led, multi-agency Prevent programme aims to stop individuals becoming terrorists and police play a key role.”

But following the sentencing of 25-year-old Ali Harbi Ali last week for the murder of 69-year-old Member of Parliament David Amess, and revelations that authorities were aware of but ignored earlier concerns raised about the killer, Mashkura expressed alarm at the incompetence of the government programme.

“Prevent is looking in the wrong places. There are a small minority of people from all walks of life and backgrounds being radicalised and gravitating towards acts of terror or terror related crime. Some of these individuals are flagged by concerned members of the community but have commonly been ignored by counter-terrorism officers,” she said.

“These individuals are often radicalised online, in prisons or abroad; not in our community centres, schools or average UK Muslim households. The government’s anti-terror strategy has led to sowing seeds of suspicion and contempt towards the Muslim community and this has caused irreparable damage to how our children navigate and find their way in the world.”

According to the Counter Terrorism Police, “following assessment, many referrals to Prevent do not result in any further police action. In some cases other organisations such as health, forensic mental health, housing or education step in to provide support.”

However, according to a teacher who also features in tonight’s Dispatches programme, her reporting of extremist Harbi Ali to Prevent before he murdered Sir David Amess was not taken seriously.

Revealing her dismay at officials from the deradicalisation programme, she claims Prevent shrugged off her concerns about Ali, who went on to murder the Conservative MP at his Southend West constituency surgery last April.

Speaking to Channel 4 Home Affairs Correspondent Darshna Soni, the teacher described how Harbi Ali was previously a bright pupil but became increasingly withdrawn, his demeanor changing negatively, recalling “his eyes were dead”. Concerned, the teacher referred Ali to Prevent but was later told he was not deemed a threat.

Ali was last week given a whole life sentence after being convicted of the brutal murder. The Old Bailey heard how Ali was determined to punish MPs who had voted for air strikes on Syria. He considered attacks on various politicians, including Michael Gove, but eventually targeted father-of-three David Amess.

“He [Ali] was very, very bright and very well behaved. He had a great future… As we hit the upper years of the sixth form, his academic performance started to plummet.

“He was preoccupied with particular aspects of Islam. It’s almost as if a light had gone out and his eyes were dead. I just got this gut reaction something was wrong.”

Upon alerting Prevent officials, she was told by two workers who had assessed Ali that he carried no risk.

Saathi House opened in Birmingham in 1977 and has served the local community for over four decades, providing skills training, safe social spaces, local democracy empowerment and extracurricular activities for adults and young people.

The anchor organisation, based in Aston, is largely used by Muslim women of South Asian and Middle Eastern heritage. Mashkura Begum, now the chair of the centre, spent much of her youth at the community hub.

In her view, Prevent is damaging community relations while failing to address radicalisation and extremism in cities like Birmingham: “Prevent has been a total failure, in fact one would say it’s been toxic and should be scrapped.”

Begum believes “the whole reason that Prevent was brought into force was supposedly to safeguard citizens and identify those surreptitious individuals within our midst.

“It would be interesting to see whether we saw any decrease in terrorist activities as a result, we will wait. In reality, Prevent has played a role in damaging social cohesion and in particular has been instrumental in ‘othering’ the Muslim communities.

“Although Prevent was to tackle all forms of extremism, it felt like it targeted the Muslim community and isolated an entire generation.  Mainstream media and general optics was that Prevent was to ‘stop’ Islamist terror. We rarely heard about far right extremism in the same breath as Prevent and therein lies the issue.”

The Government says Prevent has deradicalised 3,000 individuals since 2006. But Jonathan Hall, its independent reviewer of terrorism legislation, tells the programme: “There is no evidence that our deradicalisation programmes work.”

Tonight’s Dispatches: Are We Losing the War on Terror? reveals the shocking truth about the Government’s de-radicalisation programme, which is supposed to tackle extremism and engage with those believed to be at risk of radicalisation. Reporter Darshna Soni investigates a broken system and hears how in some cases obvious warning signs are being missed.

Insiders blow the whistle on the failings that have enabled some extremists to carry out terrorist attacks, as victims tell of the devastating impact on their lives.

The programme will also reveal that half of the terror attacks carried out in Britain in the past five years were committed by extremists who received mentoring on the Prevent scheme.

‘Dispatches: Are We Losing The War On Terror?’ will be broadcast on Channel 4 on Monday 18 April at 7.30pm.