Ahead of the film adaptation of bestselling book ‘My Name Is Leon‘ coming to BBC Two this Friday, actor and executive producer Sir Lenny Henry joined the Birmingham writer behind the story, Kit de Waal, and the programme’s young star Cole Martin on the red carpet last night.

They appeared along with the film’s director Lynette Linton at the IET Austin Court in central Birmingham where they shared exclusive clips of the programme and talked about filming it in the city, in an evening chaired by BBC Radio WM presenter Nikki Tapper.

The film is Shola Amoo’s first screenplay for television, with 9-year-old Cole Martin playing the lead, Leon, in his first TV role.

The entire production was filmed in and around Birmingham, including spots like Cannon Hill Park, Moor Green Lane Allotments, and the Jewellery Quarter.

Sir Lenny Henry said: “One of the best things about being involved in the TV adaptation of My Name Is Leon is that I’m from Dudley in the Black Country and the story is set in eighties Birmingham. We shot the film in Moseley and it was great to be in and around the familiar-sounding voices of home.”

“It takes a lot to get a small film made in Birmingham on our screens these days – but it was worth it in my eyes. My Name Is Leon is a great novel, full of moving and laugh-out-loud moments. I hope everyone enjoys it. We made it in the Midlands and it’s Bostin’.”

The film is set in 1980s Birmingham against the backdrop of the race riots and tells the uplifting and moving story of nine-year-old Leon – a mixed-race boy with a quest to reunite his family after being taken into care and separated from his blonde and blue-eyed baby brother.

Stuart Thomas, Head of the Midlands for BBC England, said: “We are delighted to bring this story to our local audiences – amid the heart-warming storyline, the film depicts the reality of life in Birmingham in the eighties whilst also showing off this wonderful city.”

IN PICTURES: ‘My Name Is Leon’ red carpet preview event

#17  Martin Cole with his parents

#19  Stuart Thomas, Head of the Midlands for BBC England 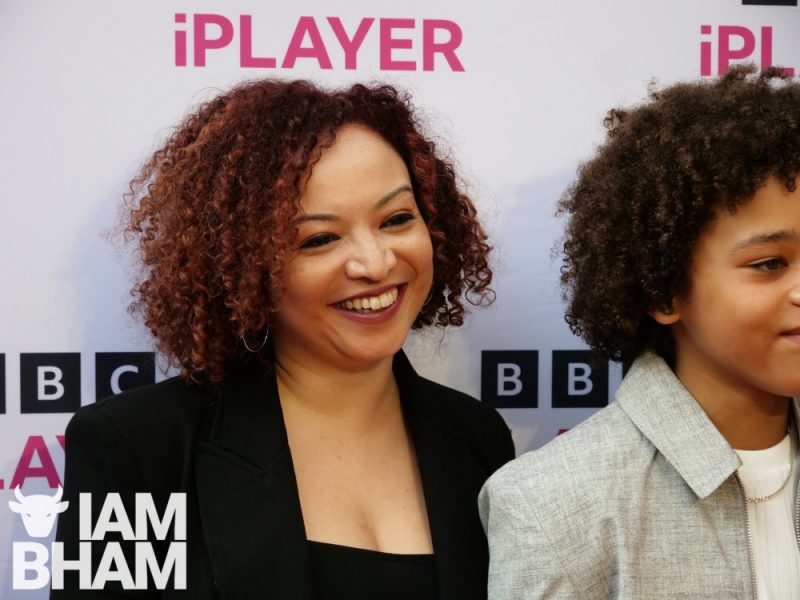 My Name is Leon will air this Friday 10 June at 9pm on BBC Two and BBC iPlayer.