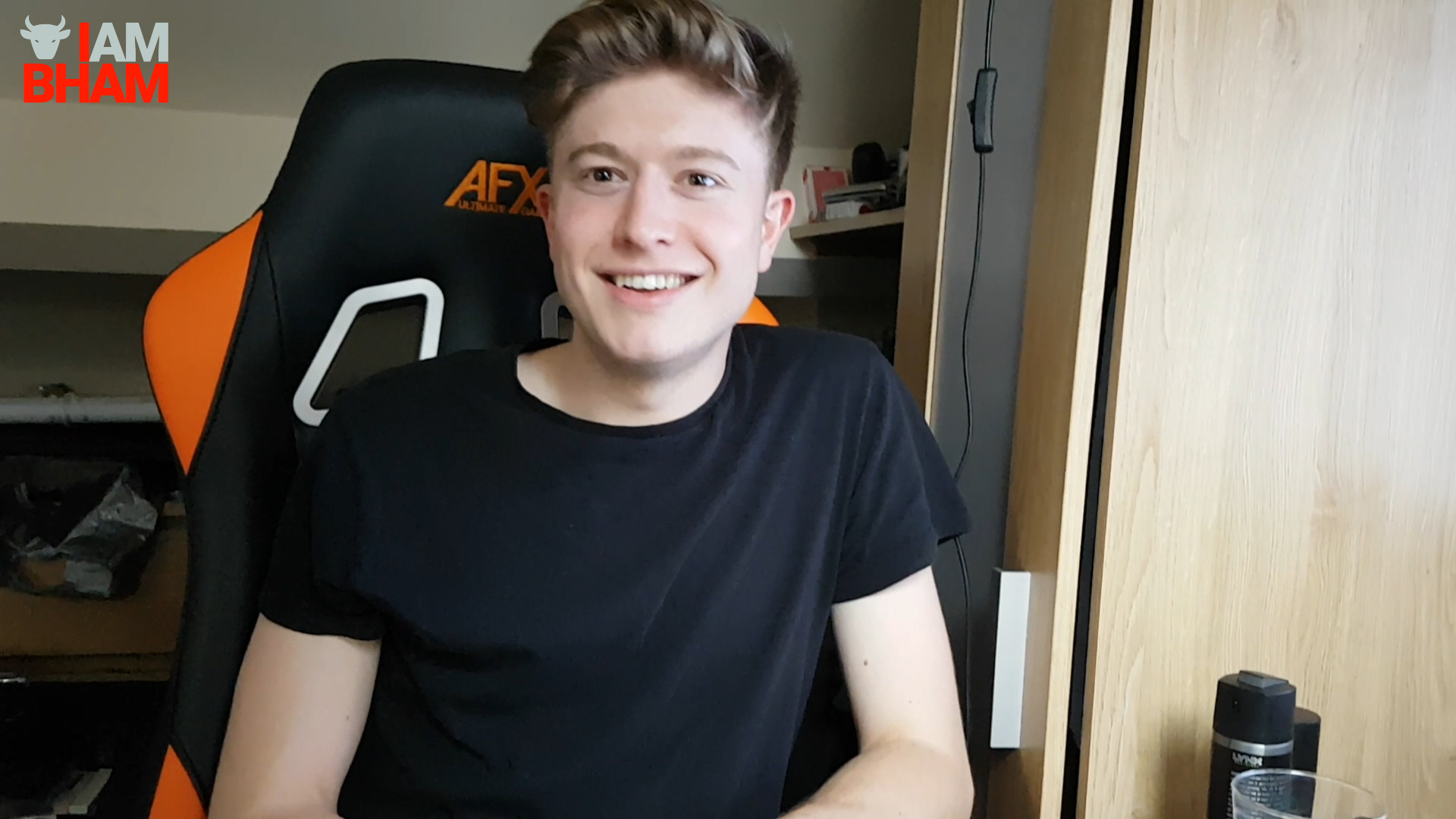 Young West Midlands actor and entertainer Michael Crump – who appeared in BBC drama Danny and the Human Zoo in 2015 – will be joining legendary stand-up surrealist Ross Noble on stage this week, as part of celebrations marking Black Country Day.

The wonderfully talented 23-year-old comedian from Blackheath spoke to I Am Birmingham’s Harvey McDonald about what it’s like being a young comedian in the Black Country, ahead of his big gig at the Brierley Hill Civil Hall.

So Michael, where did you start and what is your inspiration?

Well, I started stand-up about four years ago, nearly four and a half years ago, and basically my very first gig was with my best friend Jess, we did a double act called “Sausage and Gash”.

We did one gig [he laughs], we did one gig and, er, we were awful. We were obviously really terrible, but now she’s a teacher and I remind her quite a lot that we were once a double act. Then a few months later, I did a gig on my own, at the same place, the Road House in Stirchley, and kind of just, yeah, it started from there really.

You’ve got a gig coming up on the July 14, at the Brierley Hill Civic Centre. Have you performed with any of that line up before?

“Yeah, I have actually. There’s some wonderful acts on that night including headliner Ross Noble [minor scream and jazz hands] that should be good. Darren Harriott, I’ve gigged with him, he’s excellent, and Jonny Cole who I know. I’ve had some beers and stuff with him in the past, he’s ace, musical comedy and stuff. Who else is on?

Er, I don’t know, I mean I could look but I’d have to put the camera down…

No, no let’s not, stuff ’em, fuck ’em, erm tchsndfkgns [laughs cheekily]. So, there’s me, Darren, Jonny and Ross Noble and I think that’s it… [has a sudden realisation] Wayne! Wayne Beese is hosting, he’s cool as well.

So what’s your writing process for comedy?

Aha, “writing”. Erm, basically if I think of something saft or funny I’ll just, erm, usually when I’m on the toilet I’ll just start giggling to myself and my housemates will think I’m absolutely mad, so I’ll write it down and then I’ll ask my friends.

So, if you’re watching this friends Grainne, Jess, Tiarnan, I don’t really give a fuck what you think, so… I do really! I’m just joking! Making jokes! Come to the gig.

What else are you doing at the moment? And what are your plans for the future?

I’m currently at East 15 Acting school in Essex, and I’ve got another three years left there. It’s going really well, its really fun. I’m gigging in London and stuff as I’m quite close to London on the tube. Plans for the future? To keep gigging, doing lots of gigs and I’m writing a lot of stuff and, erm, [while stuffing biscuits into his mouth] just do some more acting.

Awesome stuff! Anything else you wanna say to the lovely people of Birmingham?

Mmmmm… [now with a mouth full of biscuits] Yep, I want you to know, right? That I might have ditched you for Essex or London, right? Because it is cool, but my heart will always be in the Black Country, right? And other parts of me will stay in the Black country too.

Which parts in particular?

[Now laughing with a mouth full of biscuits] I think you know Harvey, you know… No, but I do miss the Black Country sometimes, sorry I’m being really rude aren’t I? Let me say that again without a fucking mouthful of DRY Rich Tea Biscuits [makes weird faces].

No, I’m gonna do them all, they’re mostly about him and I think he deserves to hear… all of them.

Have you ever “died on your arse” before?

And, I was on stage and someone just went “Mayte, av yow got AIDS?!” and I think, I can’t remember what I said but I think it was really something shit like “Yeah, and I caught it from your dad” or something like that to be honest.

Watch the full video interview, along with an exclusive clip of his stand up comedy, below (Warning: Strong language):