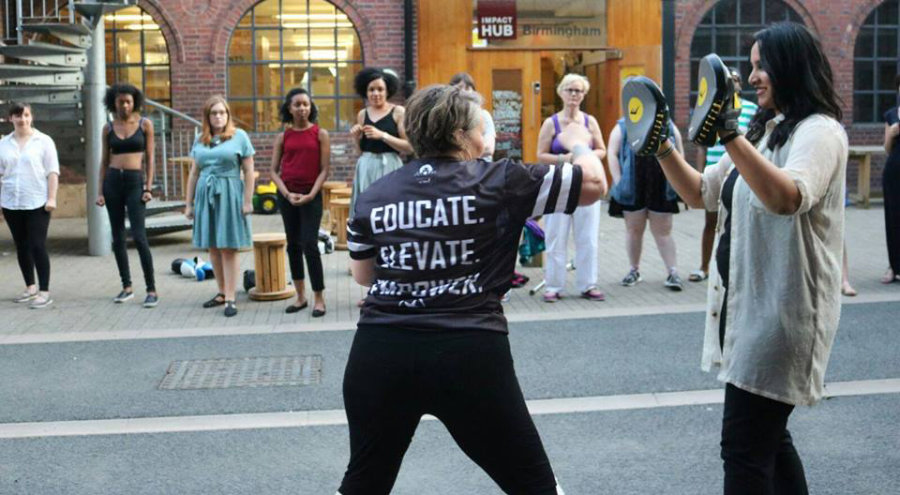 A day of workshops, entertainment, physical training, demonstrations, refreshment and conversations to empower women is set to take place this weekend as part of International Women’s Day related events.

Described as “a small but mighty celebration of womxn and non binary people in Birmingham”, P.M.T – which stands for ‘Powering the Matriarchy Together’ – will be held in Digbeth on the first weekend after International Women’s Day.

Organised by ROAR, a movement to help educate and empower people to feel safe in their own skin, this will be the second year the event is held at the Impact Hub Birmingham, where it made its successful debut in 2017.

Themes that will be explored at PMT include love, art, body and work, with attendees encouraged “to connect with some of the city’s brightest minds, inspiring performers and crafty cats who’ll leave you with plenty of things to make, marvel at and explore”.

At last year’s PMT, event organiser Alison Baskerville told I Am Birmingham the event was born due to a lack of interactive city-wide festivals marking International Women’s Day:

“Every year there’s International Women’s Day and international Women’s History Month and a lot of us end up going to festivals outside of Birmingham, possibly even going down to London for events that speak to different generations of women and females. I just thought in this this space we could probably do that ourselves, so it was really just about doing some mentoring and it’s just grown and grown and grown and now we’ve ended up with Powering the Matriarchy Together, otherwise known as PMT”.

Although last year’s launch was a grand affair, this month’s planned event will be a scaled down version but with as much impact, positivity and engagement as previously.

“This year we’re have a little more of a relaxed affair, but the care and love we put into this never changes.”

Planned activities including discussions about weaving and hair, self-defence lessons with expert boxers, self care and self love, live art and theatre, spoken word poetry, face painting, an active cafe and temporary tattoos.

Share the love on Galentines and come along to P.M.T on the 10 March ❤️

There will also be a special PMT ‘Zine Library’ on the day, curated by Brum-based Illustrated Brum, along with a mini play area for very young children at the free initiative.

Although there is no fixed price for the event, participants are invited to pay as they feel in order to support the organising team’s future projects.

The events can be connected with on social media using the hashtag #PMTBrum.

On presenting the word “women” with a letter ‘x’ in place of the ‘e’, organisers explained:

“Womxn is a spelling of ‘women’ that is a more inclusive, progressive term that not only sheds light on the prejudice, discrimination, and institutional barriers womxn have faced, but to also show that womxn are not the extension of men but their own free and separate entities. It is considered more intersectional than ‘womyn’ because it actively includes trans-women and women of colour.”