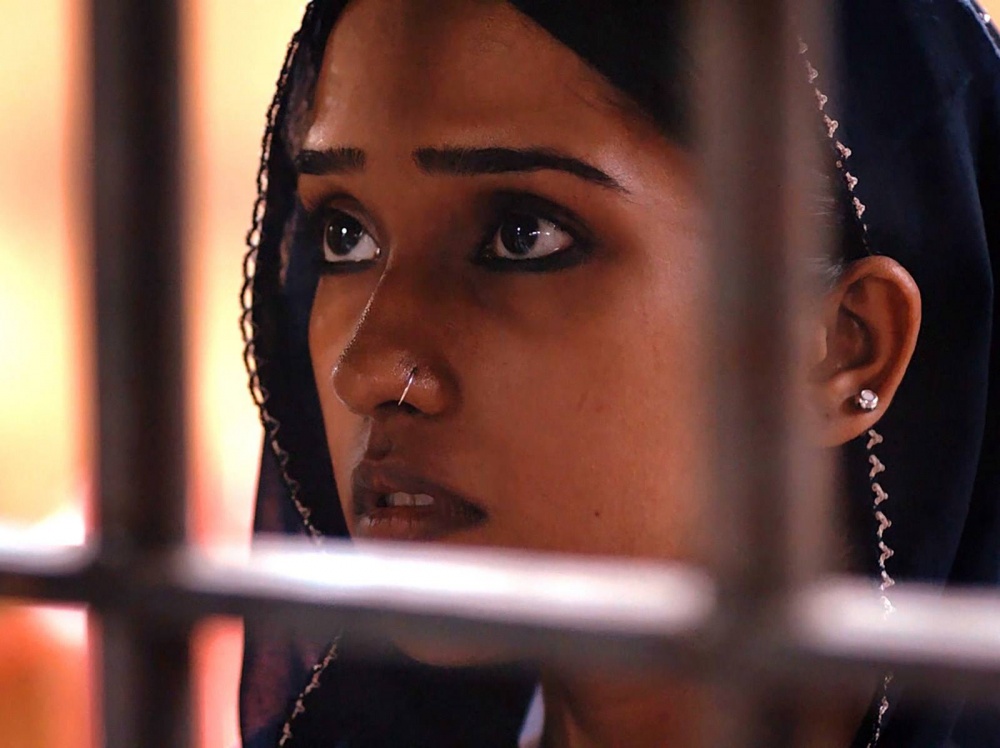 'My Pure Land' is a film about a brave village woman who fought off bandits in Pakistan (Image: Bill Kenwright Films)

A film about a brave village woman who fought off bandits in Pakistan is to be shown at a special screening in Birmingham this week.

My Pure Land, a 2017 British drama film directed by Sarmad Masud, is being screened as part of the monthly Yellow Wednesdays film night at the Impact Hub in Digbeth.

Selected as the British entry for the Best Foreign Language Film at the 90th Academy Awards, the film charts the story of Nazo Dhare, a mother with two daughters in rural Pakistan, as she defends her home from 200 mercenaries hired to snatch her land by any means.

The story follows the true story of Nazo and her two daughters as they are forced to defend their family home from their uncle and his men. As the women fight to keep the men at bay, the film alternates through different timelines and we watch the events that have led to the siege unfold.

When the women’s resistance leaves two of his men dead, their enraged uncle calls in a local ragtag militia – two hundred armed bandits. With only a handful of bullets left, eldest daughter Nazo refuses to give in and with limited resources Nazo and her daughters hold off the bandits.

My Pure Land is based on an extraordinary true story of Nazo Dharejo, a villager woman who fought bandits in the village of Qazi Ahmed Taluka, Sindh, Pakistan. It had its world premiere at the 2017 Edinburgh International Film Festival and it was Great Britain’s submission for the Foreign Language Film Award of the 90th Annual Academy Awards.

Nazo has been described by Pakistani press as the “toughest woman in Sindh” after managing a 24 hour stand-off with armed mercenaries. Nazo, her mother and sisters would have died rather than give up their home and land. My Pure Land tells this amazing story.

A post-film panel will be attended by film cinematographer Haider Zafar and designer Abeera Kamran.

Haider Zafar has shot sixteen feature films since beginning his cinematography career in 2011. His work on Vendetta, Six Rounds & My Pure Land has garnered praise from critics at home and abroad. Last year Zafar’s co-directorial debut The Conversations won best picture at the Pune Independent Film Festival and Best Cinematography at the Philadelphia Independent Film Awards. He is currently developing a post apocalyptic samurai revenge story with upcoming director Marcus Flemmings. Haider was the cinematographer for My Pure Land.

Abeera Kamran is a graphic designer and a front-end web developer based between Birmingham and Karachi. Her design practice is research lead with a particular focus on urban geographies and displacement. Abeera is also interested in interrogating and archiving narratives of desire and gender in mainstream south asian cinema and television.

Yellow Wednesdays is a monthly film night at Impact Hub Birmingham showing everything from local artists, interesting indies and super social commentaries, bringing a mix of cinema from the submissions of local Brummie individuals and companies; through to the more Cannes film festival and less Odeon multiplex, captivating stories from all other the world.

The event aims to bring a rich and diverse programme of films to fill the year, and can be enjoyed at Impact Hub Birmingham, every 3rd Wednesday of the month.

To book your £5 (2 for £6, free for members) tickets for the My Pure Land screening and Q&A discussion panel, click here. Tickets also available on the door.