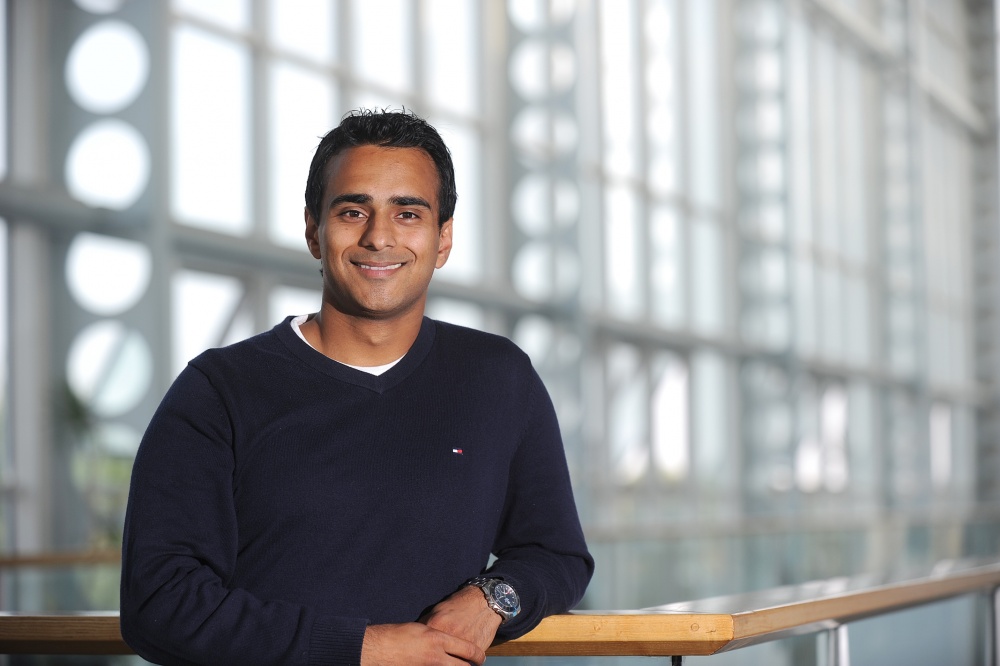 CEO and Co-Founder of the Wambiz private social network, Harry Jawanda, has been named as one of Birmingham City University’s Alumni of the Year.

Wambiz is best known for specialising in apps for schools, colleges and universities which allow students to connect and communicate with their teachers and each other in an engaging, yet controlled way, without blurring the line between school and social life.

Harry Jawanda studied BSc Information Technology Management for Business (ITMB) at Birmingham City University from 2005. After graduating with first-class honours in 2009, Harry worked for the investment bank Morgan Stanley, where he undertook a placement during his time as a student, before he founded Wambiz in October 2012.

Harry’s role as Chief Executive Officer is to drive technology strategy and idea generation, as well as working with the company’s Chief Operating Officer to formulate sales and marketing strategies.

“I knew that there was a real need to improve communication in schools, colleges and universities, as teachers were using email to communicate with students, which young people do not engage with, or channels such as Facebook which brings about safeguarding concerns.

“Our apps look and feel like social media but there are lots of controls in place, for example you have to belong to the institution concerned to use it and posts can be removed or people can be blocked from the app if needs be.”

The Alumni of the Year award provides an opportunity to recognise Birmingham City University graduates who have made a valuable contribution to society or their professional field. It also demonstrates the extraordinary range of achievements among the University’s former students.

On finding out he had been selected for the award, Harry said:

“I was really surprised and happy to find out I was an Alumni of the Year. It’s good to receive recognition, but it’s also really nice because everything I’m doing now links back to my time at the University, so it’s good to have that connection and I hope it’s a relationship that will continue in future.

“I hope that my success will inspire current students at Birmingham City University and its alumni to pursue their goals and ambitions.”

Harry will be handed his award by the University’s Chancellor, Sir Lenny Henry on Friday 27th July in a graduation ceremony at Symphony Hall, Birmingham, alongside graduands from Birmingham City University’s Faculty of Computing, Engineering and the Built Environment.

“For me, all the staff on my course were brilliant, and I particularly remember Thomas Lancaster who was really important to where I am now. A lot of what he taught was programming, which I expected to enjoy least, but he was really engaging and increased my interest in the subject.”

Last year, Harry’s company signed a seven-figure deal with education software group Tribal plc, who acquired from Wambiz the intellectual property rights and exclusive distribution rights for the Wambiz private social network solution to the education markets across the UK, Australia and New Zealand. Tribal also acquired the non-exclusive rights to sell the solution into the Canadian education market.

This is freeing up the Wambiz team – based at the Innovation Birmingham Campus close to Birmingham City University’s City Centre Campus – to target the American education market and look for other sectors which could use the same technology in the UK.

As well as success in business, Harry also played field hockey for England for many years. He has won three English Premier Division titles among other accolades, and still plays for his local side, Cannock Hockey Club.

(Visited 642 times, 1 visits today)
https://www.iambirmingham.co.uk/2018/07/19/midlands-young-entrepreneur-named-bcu-alumni-year/https://www.iambirmingham.co.uk/wp-content/uploads/2018/07/Harry-Jawanda-800x533.jpghttps://www.iambirmingham.co.uk/wp-content/uploads/2018/07/Harry-Jawanda-300x200.jpg2018-07-19T14:32:52+00:00Staff ReporterBusinessEducationNewsTechWorldAlumni,BCU,Birmingham,Birmingham City University,business,entrepreneur,graduate,Harry Jwanda,Midlands,private social network,Social Media,Tech,Wambiz,West Midlands,WolverhamptonCEO and Co-Founder of the Wambiz private social network, Harry Jawanda, has been named as one of Birmingham City University’s Alumni of the Year. Wambiz is best known for specialising in apps for schools, colleges and universities which allow students to connect and communicate with their teachers and each other...Staff ReporterStaff Reporter[email protected]AdministratorI Am Birmingham
« Jamelia to present ‘Black Girl Bible’ at intimate Birmingham book event
Cage Warriors heads back to Birmingham for CW98 tournament »