Investigation launched in Bordesley Green following the death of woman 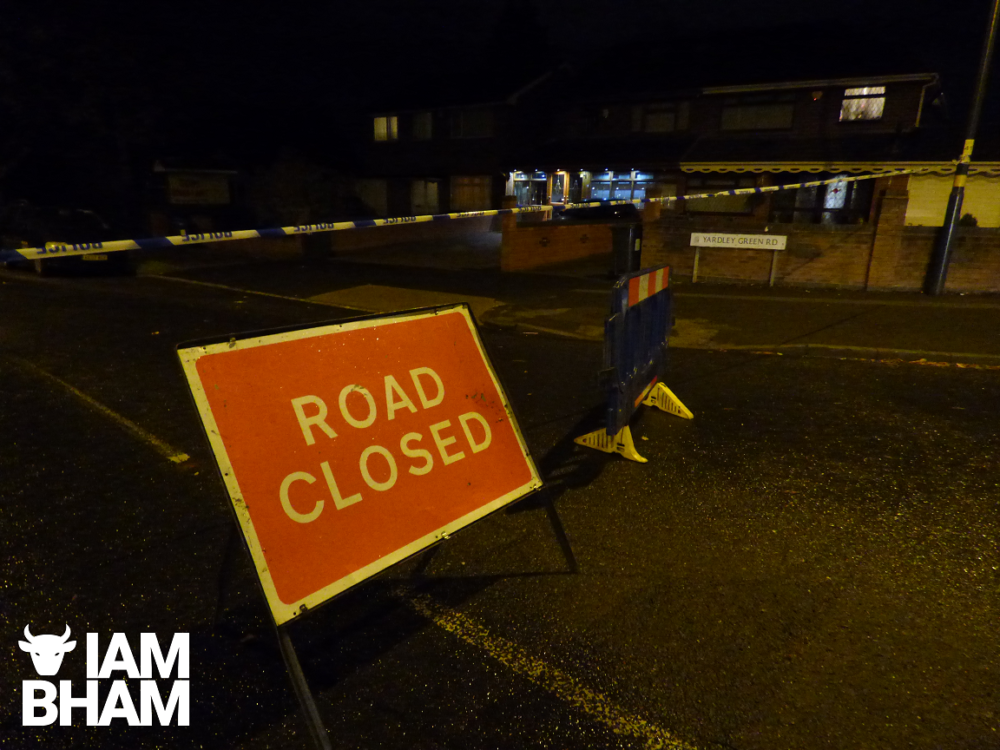 A shocking crime has taken place in a quiet and leafy area of Birmingham, where a middle aged woman was critically wounded in a house in Yardley Green Road on Monday evening.

An investigation is underway in Bordesley Green after an alleged argument at a residence ended with a woman being attacked and mortally wounded.

On Monday evening, at 5:50pm, police responded to reports of a disorder at a house in Yardley Green Road, near Heartlands Hospital, which climaxed in a tragedy. Police confirmed that three individuals were found at the scene with injuries.

Ambulance crews took three people, one man and two women, to hospital for treatment. One of the women died from her injuries while the other two individuals, a 35-year-old man and a 34-year-old woman, had treatment for their wounds and then arrested on suspicion of murder by the police.

The 50-year-old victim is due to have a postmortem to confirm the cause of her death, while police continue their investigation to find out what caused the argument to erupt into deadly violence.

A local resident, who wishes to remain anonymous, said the domestic argument may have been over money issues. Police sources are currently unable to verify this, but house-to-house enquiries are ongoing in the vicinity.

A West Midlands Police officer in Yardley Green Road tonight told us that a stretch of the road at the scene of the crime has been sealed off to traffic until Wednesday.

Yardley Green Road is a busy throughway which connects Bordesley Green to Stetcford, and is used by the emergency services and hospital staff on a daily basis.

Local residents on the scene have been asking the police for the road to be opened up again as soon as possible.

This violent crime has come as a shock to the locals.

“This is a quiet area, and the lady who died was really sweet,” said a nurse who lives nearby in Newbridge Road.

“The only disturbance we occasionally have is when school kids play around with snow during the winter months. The news of this shocking death is still sinking in.”

A police officer at the scene, who does not wish to be named, offered the following comment:

“The last couple of days have been disturbing. The increase in knife crime is alarming. Within a space of just over 24 hours there have been several stabbings in the city centre, and now we have a violent crime right here in Bordesley Green which has tragically resulted in a loss of life.

“This attack happened right next door to a major hospital, school, and a church. It’s a quiet and peaceful area with a beautiful nature reserve directly behind the scene of the crime. I cannot comment about the specifics of the crime at this particular scene but when it comes to knife crime in general across the city I will say this, knife crime is a serious issue that needs to be addressed by community leaders and youth workers, including schools.”

West Midlands Police are continuing with their investigation to gather more details about the incident and what prompted an argument to result in a vicious attack that left two people injured and one dead.

Detective Inspector Jim Colclough, from the homicide team at West Midlands Police, said: “We understand there may have been some sort of disagreement within the house, we’re continuing to try and establish the circumstances around the sad death of this woman.

“I would urge anyone who saw anything, or has any other information which can assist our investigation to contact us as soon as possible.

“My thoughts are with the victim’s family at this difficult time who are being assisted by specialist officers.”

Anyone with information can contact West Midlands Police via Live Chat at west-midlands.police.uk between 8am to midnight, call 101 anytime or contact Crimestoppers anonymously on 0800 555 111.

(Visited 1,411 times, 1 visits today)
https://www.iambirmingham.co.uk/2018/10/03/investigation-launched-in-bordesley-green-following-the-death-of-woman/https://www.iambirmingham.co.uk/wp-content/uploads/2018/10/P2210078A-800x600.pnghttps://www.iambirmingham.co.uk/wp-content/uploads/2018/10/P2210078A-300x225.png2018-10-03T08:30:35+00:00Rangzeb HussainCommunityCrimeNewsBirmingham,Bordesley Green,Crime,Crimestoppers,Heartlands Hospital,I Am Birmingham,murder,Police,West Midlands Police,Yardley GreenA shocking crime has taken place in a quiet and leafy area of Birmingham, where a middle aged woman was critically wounded in a house in Yardley Green Road on Monday evening. An investigation is underway in Bordesley Green after an alleged argument at a residence ended with a woman...Rangzeb HussainRangzeb Hussain[email protected]AuthorI Am Birmingham
« VIDEO: Three men stabbed in Birmingham city centre, near McDonald’s restaurant
Brand new Twisted Carnival is coming to Birmingham this Halloween »