OMG! Robert De Niro is coming to Birmingham next month! 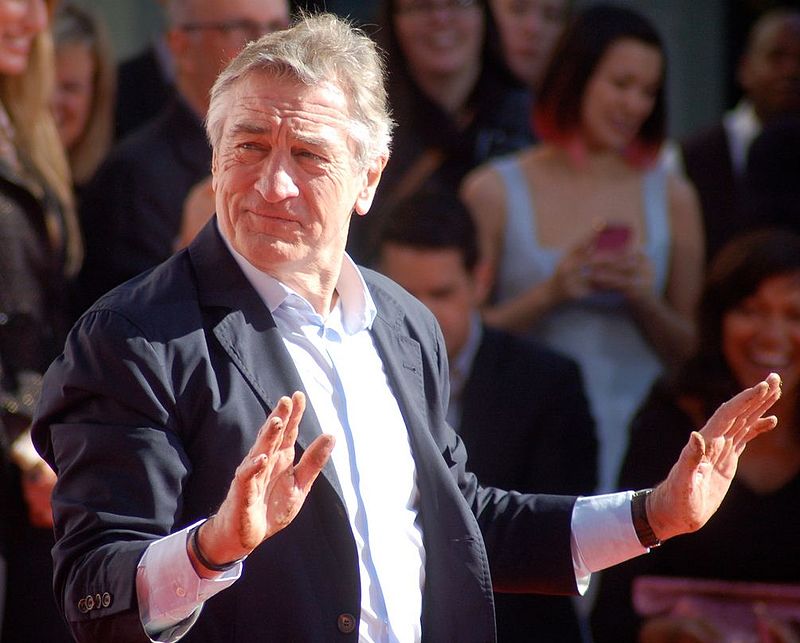 Hollywood star Robert De Niro will be in Birmingham next month for a special VIP event (Photo: Angela George)

Hollywood legend Robert De Niro is in Birmingham next month for a rare black-tie dinner event, where fans can experience the internationally-renowned actor discuss his life and films in an intimate setting.

The global movie star is due to visit the International Convention Centre (ICC) on Broad Street for a ‘one night only’ event on Tuesday 27th November.

The acting legend is best known for a number of classic films and box office hits over a career spanning 50-years, including Taxi Driver, The Deer Hunter, Heat and Meet the Fockers.

The 75-year-old has racked up seven Oscar nominations, including taking home the Best Actor award for his searing portrayal of Jake LaMotta in Martin Scorsese’s 1980 drama Raging Bull.

De Niro will be visiting Birmingham following a similar event in Leeds. The opportunity to see the award-winning star has been arranged by the team behind several An Experience With… (AEW) engagements; including recent appearances by Arnold Schwarzenegger and Sylvester Stallone in the West Midlands.

During his UK visit, the Goodfellas star makes his debut with AEW, appearing with them to meets fans for the first time anywhere in the world.

Sponsored by Northern Powerhouse Developments and being held in only two British cities, the Birmingham event had already generated immense interest.

A spokesperson for AEW said:

“Robert De Niro needs no introduction and is regarded by many as the ‘Greatest actor of all time’. With a long list of blockbusters, his track record speaks for itself.

“The on-stage interviews will be structured to encourage Mr De Niro to share untold stories and anecdotes from his life and unbelievable movie career.

“An Experience With Robert De Niro is a true once in a lifetime opportunity to get up close to greatness and listen to his story LIVE and unscripted for the first time anywhere in the world.

Those who have already been to ‘An Experience With’ event will know that’s this is one event not be missed!”

How to get tickets to see Robert De Niro

There are a number of ticket choices to select from depending on what a fan wants. The tickets range from recently added balcony selections to a table with food service and photos with the star; including the chance to purchase rare memorabilia and have it signed at the event. Ticket prices for the event are between £66 and £400.