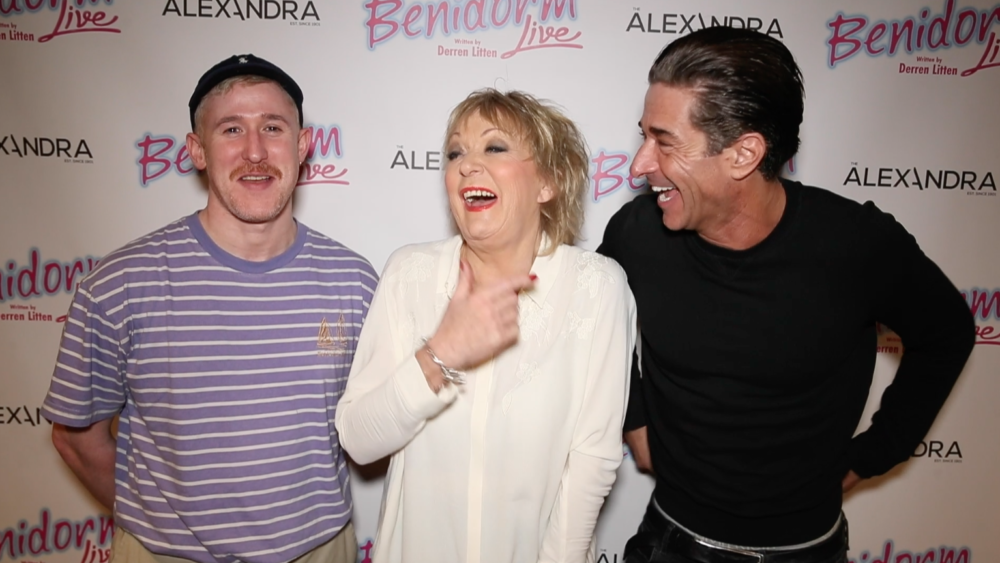 Audience and cast reactions to Benidorm Live! at The Alexandra theatre in Birmingham

The cast of Benidorm Live are packing their suitcases in preparation for a sun-soaked seasonal adventure when they fly into The Alexandra, Birmingham for a four-week run this Christmas.

But there’s an added gift for fans of the show as it’s today announced that the show’s writer Derren Litten will make a special appearance in the stage show as he takes over the role of Derek for the festive period.

Watch audience reactions from the press night of Benidorm Live:

The actor said: “I am so excited to be joining the cast of Benidorm on stage in Birmingham this Christmas. It’s been 25 years since I’ve been on a stage, so I guess you could say I’m back by popular demand. I won’t lie, I’m pretty scared at the prospect of acting and singing in such an amazing theatre but if I get nervous and forget my lines I’ll just say it was a last-minute re-write!”

After leaving school in Hull in the late 1980’s Derren Litten spent a year working as a professional magician whilst auditioning for drama schools.

He won a place on the 3-year acting course at the prestigious Central School of Speech and Drama where he met fellow student Catherine Tate. After 10 years of working as an actor, Derren was asked by Catherine to write for her newly commissioned TV sketch show, The Catherine Tate Show; in which he also appeared in many of the sketches.

After co-writing and appearing in two series and a Christmas Special, Derren was given a script commission by legendary comedy producer Geoffrey Perkins, “just write anything you want as long as it’s funny” he said; that show turned out to be ITV’s BAFTA nominated hit comedy Benidorm. Derren’s hobbies include drinking and karaoke, usually in that order. He splits his time equally between homes in London and Spain.

Litten has written an all new set of Alicante escapades for the previously announced, much-loved cast members, including Jake Canuso, Janine Duvitski, Adam Gillen, Sherrie Hewson, Shelley Longworth, and Tony Maudsley along with the Neptune’s very own Asa Elliott, as they swap sangria for the stage after a quick spruce at the Blow ‘n’ Go!

ITV’s smash-hit comedy this year celebrated its tenth series of all-inclusive hilarity, having followed the ensemble cast of holiday makers and staff since it first broadcast in 2007.

The show has been produced for the stage by Michael Harrison and David Ian.

Benidorm Live will bring sunshine and smiles to the city’s Alexandra Theatre from the 3rd – 29th December.