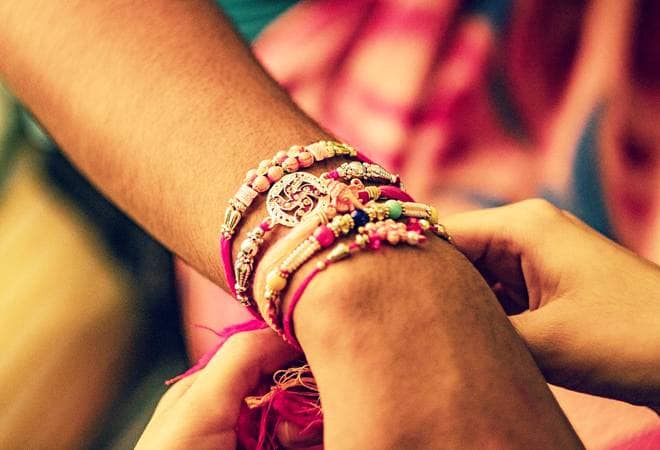 Raksha bandhan is an Indian festival that celebrates the love between sister and brother. It is also celebrated between any female and any male, regardless of age, to mark their sacred sister-brother like protective and respectful relationship

Raksha Bandhan is being celebrated by Hindus in across the world today, including in Birmingham and the West Midlands.

On this day, a sister ties a Raksha Bandhan also know as a Rakhi around the wrist of her brother in order to pray for his prosperity, health and well-being. The brother in return offers  gifts and promises to  always protect his sister from any  harm.

It is originally a Hindu festival which is now celebrated by many communities, honouring the bond and love between a brother and sister. It is ‘the tie or  knot of protection’. ‘Raksha’ stands for the protection and ‘Bandhan’ signifies to tie.

It includes all and anyone that is deemed to be a brother or sister – distant family members, relatives, cousins and friends.

What is the Raksha Bandhan made of?

It is a  bracelet made of interwoven red thread, with many having elaborate decorations on them.

The festival relates to many aspects of hindu mythology.

Lord Indra- the deity of sky, rains and thunderbolts  was protected by a holy bracelet made from cotton thread. These holy threads with amulets and were used by women for prayers and were tied to their husband when they were leaving for  war to protect them from evil happenings.

Goddess Lakshmi  tied the rakhi around the wrist of  King Bali in order for protection for her and her family.

Krishna and Draupadi- Based on an account of Mahabharat, Draupadi, wife of Pandavas tied a rakhi to Lord Krishna.

We asked Brummies what Raksha Bandhan means to them and why they celebrate it:

“It’s beautiful, its one way of making time for your loved ones and I love my sisters”

“I’m independent I can protect myself, but getting extra protection from my brother that’s even stronger,  it takes me back to when we were younger running around in muck laughing and shouting”

“I don’t have a sister, but one of my close friends became my sister at uni, the delight on my face every year where I get a letter and card through the post with a Raksha Bhandan on it – its priceless”

“Always enjoy this time of year, going down the Soho road choosing a rakri, the big ones, the flowery ones, the glittery ones, I just get the simple ones – there is nothing more simple than love.”

“I always send 4 rakris out, friends at uni who are like my brothers. I’m a hindu, they are sikh, two are muslim and the other isn’t religious. But they are my brothers and they treat me like their sister – its not just this day but every day.”

Raksha Bandhan being is celebrated on Thursday 15th August 2019, which is also Indian Independence Day.

(Visited 1,573 times, 1 visits today)
https://www.iambirmingham.co.uk/2019/08/15/hindus-celebrate-raksha-bandhan-mark-bond-siblings/https://www.iambirmingham.co.uk/wp-content/uploads/2019/08/Raksha-Bandhan-Rakhi.jpghttps://www.iambirmingham.co.uk/wp-content/uploads/2019/08/Raksha-Bandhan-Rakhi-300x205.jpg2019-08-16T10:30:14+00:00Vimal KorpalCommunityEventsFaithNewsWorldBirmingham,Brothers and Sisters,Culture,Faith,Festival,Hindu,hindu rakri raksha bhandan,Hinduism,Hindus,Indian,Rakhi,rakri,Raksha Bandhan,raksha bhandan,siblings,UK,Vimal Korpal,West Midlands,WorldRaksha Bandhan is being celebrated by Hindus in across the world today, including in Birmingham and the West Midlands. On this day, a sister ties a Raksha Bandhan also know as a Rakhi around the wrist of her brother in order to pray for his prosperity, health and well-being. The...Vimal KorpalVimal Korpal[email protected]AuthorI Am Birmingham
« George Galloway launches campaign against local MP Tom Watson in Dudley
Facebook is opening several cafés in London to encourage privacy checks »