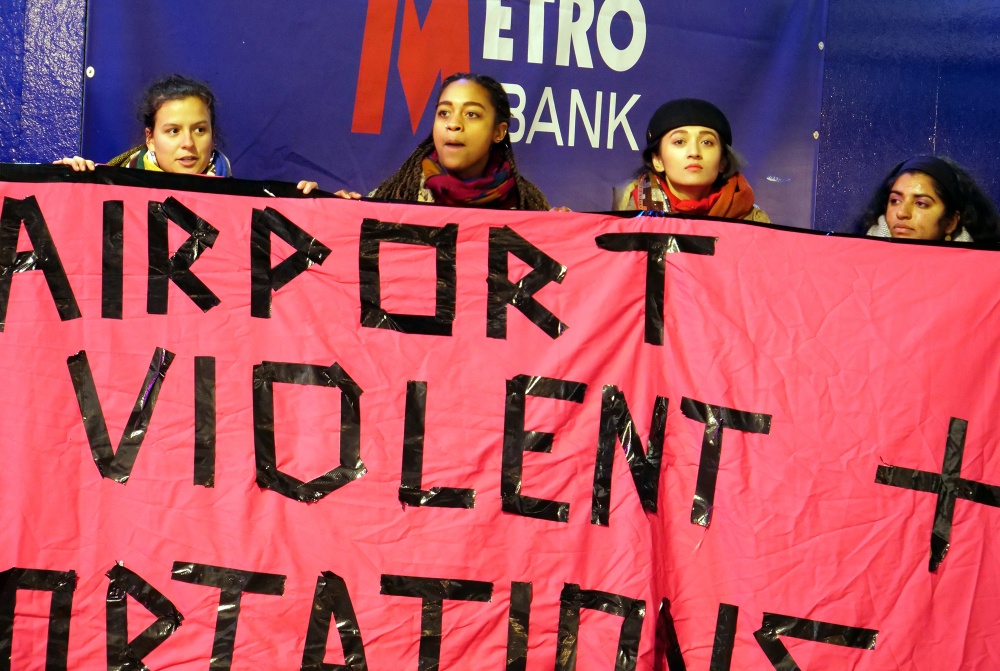 The Home Office is holding a community meeting as part of the Windrush Compensation Scheme and Taskforce, responding to the Government's controversial Windrush deportations (Photo: Adam Yosef)

The Home Office is attending a public event at the Legacy Centre of Excellence in Birmingham next week.

The event is part of a series of public events being held around the country, reaching those who have been impacted by Windrush and ensuring they are aware of the help that is available to them.

Members of the Commonwealth Citizens’ Taskforce and the Windrush Compensation Scheme will attend to explain what help and support is available and how to make a claim.

This series of events is the second part of an extensive engagement programme, with the Home Office now having held or attended over 20 events across the country since April 2019.

“We are determined to right the wrongs of successive Governments and that’s why our Taskforce will travel to events across the country, giving hands-on advice and support.

“The scheme has been designed to be as generous as possible and so I would urge anyone who thinks they may have been affected to attend the event in Birmingham and find out more.”

To complement, enhance and advise on the Home Office’s engagement programme, an advisory group to encourage those affected by Windrush to apply to Taskforce and Compensation Scheme has been established by the Home Secretary.

The group will aim to build trust with the affected communities so that people of all nationalities come forward to claim compensation. It comprises of community and faith leaders who will meet regularly with senior officials in the Home Office.

The Windrush Compensation Scheme was launched in April this year to provide payments to eligible individuals who did not have the right documentation to prove their status in the UK and suffered adverse effects on their life as a result.

It is open to almost anyone from a Commonwealth country who arrived and settled in the UK before 1973. Certain children and grandchildren of those arriving before 1973 and some close family members may also be eligible to apply.

It is also open to anyone from any nationality who has the right to live or work in the UK without any restrictions or is now a British Citizen, and arrived in the UK before the end of 1988.

The event takes place at the Legacy Centre of Excellence (formerly The Drum), 144 Potters Lane, Aston, Birmingham, B6 4UU on Monday 14 October between 6pm to 9pm.

No filming or recording will be permitted inside the event, in order “to protect those attending and sharing their experiences”.

(Visited 545 times, 1 visits today)
https://www.iambirmingham.co.uk/2019/10/08/home-office-host-windrush-compensation-scheme-event-birmingham/https://www.iambirmingham.co.uk/wp-content/uploads/2019/10/Anti-Deportation-Protesters-Birmingham-03-800x537.jpghttps://www.iambirmingham.co.uk/wp-content/uploads/2019/10/Anti-Deportation-Protesters-Birmingham-03-300x201.jpg2019-10-08T15:05:32+00:00Staff ReporterBLMCommunityEventsHistory & HeritageImmigrationNewsPoliticsWorldAssistance,Aston,Birmingham,caribbean,community,Government,Home Office,Home Secretary,Immigration Minister,Jamaica,Legacy Centre of Excellence,Meeting,Seema Kennedy,Taskforce and Compensation Scheme,The Drum,The Windrush Compensation Scheme,Tories,West Midlands,Windrush,Windrush Generation,Windrush scandalThe Home Office is attending a public event at the Legacy Centre of Excellence in Birmingham next week. The event is part of a series of public events being held around the country, reaching those who have been impacted by Windrush and ensuring they are aware of the help that is...Staff ReporterStaff Reporter[email protected]AdministratorI Am Birmingham
« Review: Joker (2019)
Brum filmmaking student takes leap from sixth form college to Hollywood silver screen »