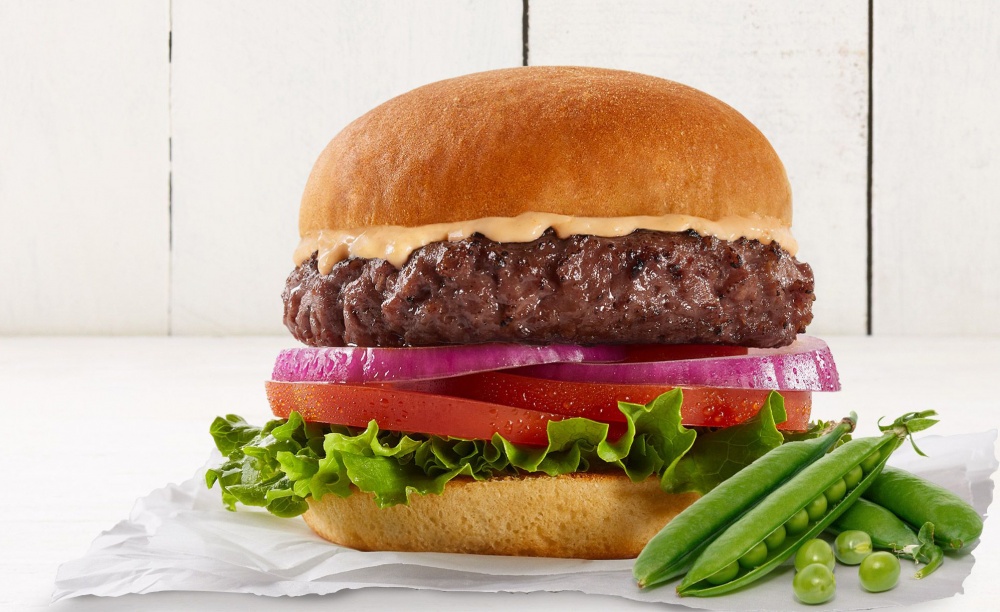 Students in Birmingham have been handing out plant-based burgers to celebrate World Vegan Month (Photo: Beyond Meat)

To celebrate World Vegan Month, students in Birmingham have been handing out plant-based burgers to urge meat-eaters to switch to an animal-friendly diet.

Students from University College Birmingham teamed up with groundbreaking vegan food company Beyond Meat for an event titled “Taste the Future”. The students handed out plant-based Beyond Meat burgers in McIntyre House in Holland Street to encourage passers-by to try an eco- and animal-friendly meal.

Assisted by campus representatives from PETA – People for the Ethical Treatment of Animals, the students also distributed copies of the organisation’s free vegan starter kit to help people make the switch.

According to the campaigners, the burgers are an ideal meat alternative for the millions of people seeking food choices that are better for animals and the planet. They claim the alternative delivers the taste of meat with 90% fewer greenhouse-gas emissions than a beef burger and the same amount of protein.

Students from the College of Food and Hospitality Management run food outlets on campus, from cafés to fine-dining restaurants. With support of the student vegan society, the university is working hard to add more vegan options across campus for staff and students.

“University College Birmingham is taking a leading role in tackling the climate crisis by ensuring that delicious plant-based options are available to be enjoyed by meat-eaters, vegetarians, and vegans alike,” said Dr Carys Bennett, senior corporate liaison at PETA.

“This World Vegan Month and beyond, we encourage everyone to give Beyond Meat and other vegan options a try.”

PETA – whose motto reads, in part, that “animals are not ours to eat” – opposes speciesism, which it believes is a ‘human-supremacist worldview’. The sometimes controversial group notes that animal agriculture is a major cause of climate change and the devastation of ecosystems, insisting that eating vegan is the most climate-friendly option and can reduce your food-related greenhouse-gas emissions by 50%.

“In addition, each person who goes vegan will spare nearly 200 animals a year the pain and stress of confinement and a brutal death at a bloody abattoir,” a statement from the organisation reads.

According to The Vegan Society, “World Vegan Month is celebrated around the world as a time to recognise how far the vegan movement has come, to highlight how accessible and beneficial a vegan lifestyle is and to encourage the vegan-curious to adopt veganism by sharing advice, recipes and ideas.”