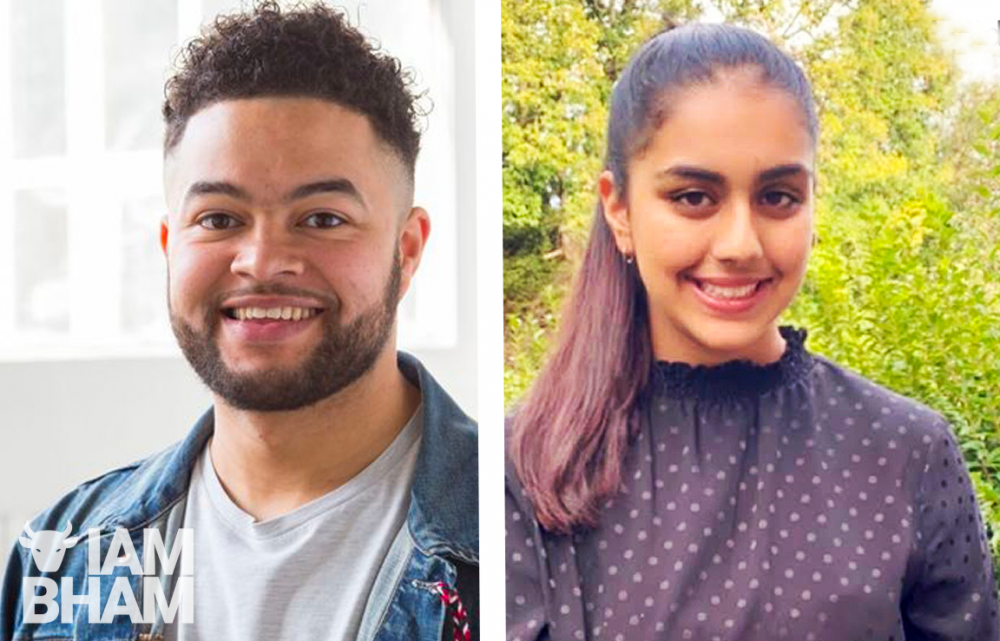 Two very talented and exciting wordsmiths from Birmingham were named the city’s new Poets Laureate yesterday, chosen to represent the city through written and performance poetry.

The Brummie duo were selected for special honours during yesterday’s National Poetry Day celebrations, which also marked the start of this year’s Birmingham Literature Festival.

Casey Bailey becomes Poet Laureate for 2020-22, while Fatma Mohiuddin has been selected as the Young Poet Laureate.

The prestigious Birmingham Poet Laureate honour for the next two years  was bestowed upon Casey, 31, who was born and raised in Nechells, Birmingham.

Casey, who is an educator, writer and performer, released his debut full collection of poetry entitled ‘Adjusted‘ in 2018 through Verve Poetry Press, and has had his material featured in a number of poetry anthologies. Last year, he was commissioned by the BBC to write ‘The Ballad of The Peaky Blinders’ which he has performed at festivals.

Casey has also turned his attention to drama to explore topical social themes which are close to his heart., writing a play called ‘GrimeBoy’, commissioned by the Birmingham REP.

Casey was also recognised in 2019 when he was made a Fellow of the University of Worcester.

Speaking exclusively to I Am Birmingham, Casey said:

“I am genuinely overflowing with pride at being appointed the Birmingham Poet Laureate, I remember seeing Roy McFarlane read and being told that he was once the Poet Laureate and immediately feeling inspired to have that kind of impact with words and maybe one day hold the position.

“For me, this feels like a blessing and a huge responsibility, as a boy from Nechells, I intend to represent Birmingham to the best of my ability as I always have done.”

Fatma Mohiuddin, 14, from Birmingham was also announced as the 15th Young Poet Laureate during the event. The Year 9 pupil at King Edward VI High School will succeed Aliya Begum, who previously held the title.

A keen reader, Fatma has been writing from a very young age, starting off with prose before discovering she was more inclined towards poetry.  She enjoys taking part in performances and workshops in spoken word poetry through her school and has gained confidence and experience on stage.

Fatma, who will also hold the post of Young Poet Laureate for two years, said:

“Poetry is a huge part of my life and the ability to convert my thoughts and feelings into words is extremely important to me.

“I love to explore a wide range of topics and challenge traditional stereotypes. I hope to inspire many young people to start writing poetry and help them gain the belief to share their own work.”

During their tenure, both Poets Laureate will produce new poems and work to promote poetry across the city, as part of the scheme run by the Library of Birmingham.

The poets will be in post, representing the city, during the 2022 Commonwealth Games taking place in Birmingham and the surrounding areas, as well as during the Coventry 2021 City of Culture events.

As the city’s 22nd Poet Laureate, Casey will act as a poetry ambassador and help raise the profile of poetry across Birmingham. He will be asked to write poetry for special occasions, lead poetry workshops, inspiring others to try their own hand at reading and writing poetry and will mentor the newly-appointed Young Poet Laureate.

Touching on Fatma’s appointment, Casey added: “In terms of any words of inspiration for Fatma, I’d say keep doing what you have been doing.

“This wouldn’t have been on my radar at her age, and the focus and ability that she has already shown will take her far. To be honest I’m sure that Fatma is more of an inspiration to me than I can be to her.”

The position of Birmingham’s Poet Laureate is an honorary one, for which there is no payment. Candidates must be capable of writing good poetry and willing and able to perform their own work.

For more than 20 years Birmingham has led the way in fresh contemporary poetry, gaining a national and international reputation and setting a trend by appointing a Poet Laureate for the city, chosen from poets who live or practice in Birmingham by a panel of judges.

“We think the two poets we have selected will not only be excellent ambassadors for the city but will help bring us all closer through the power of poetry.

“It is going to be an exciting two years.”

WATCH | Casey Bailey perform the ballad of the Peaky Blinders:

You can find out more about this year’s online digital Birmingham Literature Festival here.