Two men guilty of killing their “baby brother” in Birmingham 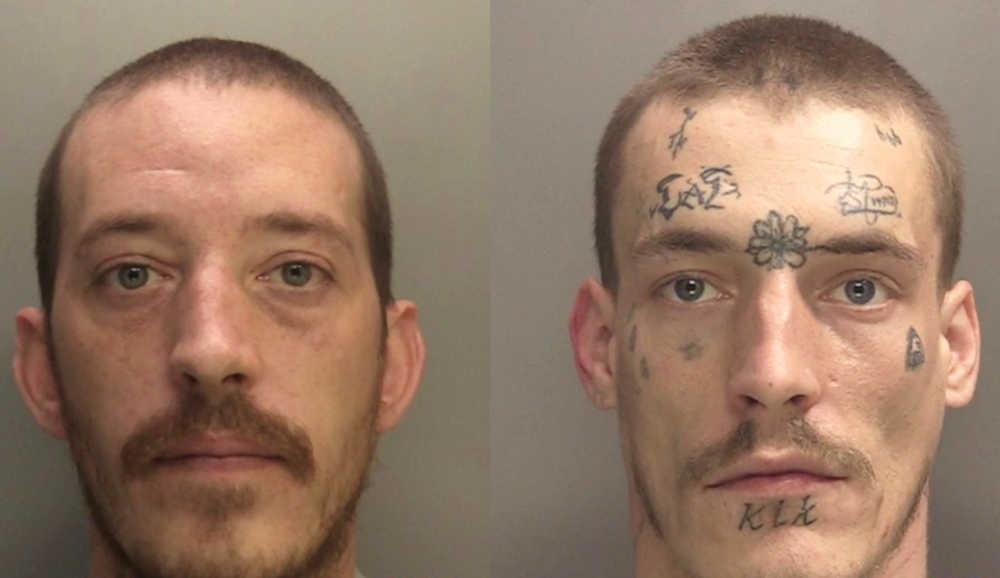 David and Samuel Rogers have been found guilty of killing their younger brother (Photo: WMP)

Two callous men have been convicted at Birmingham Crown Court on Monday (20th Sept) for their part in the killing of their younger brother Thomas Rogers.

David and Samuel Rogers arranged the fatal knife attack on their brother Thomas, aged 26, – who they referred to as their “baby brother” – as a result of a family feud last year.

The two brothers travelled down to Birmingham from Mansfield to carry out the fatal assault on Thomas which took place near Bristol Road in August last year.

The night before and in the hours leading up to the attack, David sent Thomas messages threatening to kill him. On 22nd August 2020, he carried out his dreadful promise.

The car carrying the two brothers pulled in front of the vehicle that Thomas was a passenger in on Mill Pool Way, just off Bristol Road.

During the trial at Birmingham Crown Court the jurors were shown still images of CCTV footage which showed the shocking knife attack on Thomas. The images revealed the moment David and Samuel lunged through the passenger window at their brother, who was a passenger in a Vauxhall Astra. The court was told David stabbed his brother Thomas in the heart while Samuel filmed the savage attack on his phone.

The men left their brother for dead and travelled back up north in attempt to escape justice.

Jurors were told that the victim was pronounced dead in hospital shortly after the brutal assault.

David continued to a hotel in Northumbria where officers found an apparent suicide note apologising for what he had done to his “baby brother”.

He was found in woodlands in Haltwhistle days later where he was arrested.

The court heard that a family feud sparked by a “number of reasons” led to the victim falling out with his family which ultimately ended in a fatal tragedy.

David Rogers, of Nora Street, South Shields, and Samuel Rogers, of St Michael’s Street, Sutton-in-Ashfield, will be sentenced at a hearing on Thursday 7 October.

The two other men arrested in connection with the fatal knife attack on Thomas Rogers have been released without charge. Macauley Welby, of no fixed address, and Ryan Hurt, of Peel Crescent, Mansfield, who had also been accused of murder, were found not guilty following the trial.

Detective Inspector Stuart Mobberley, from the Homicide Team, said: “It took just 30 seconds and one single knife wound to kill, Thomas. And now two people will spend years in prison for their part in this crime.

“When we say there are no winners in knife crime, this could not be truer in case. A mother has lost not just one, but three sons as a result of this heinous crime.”