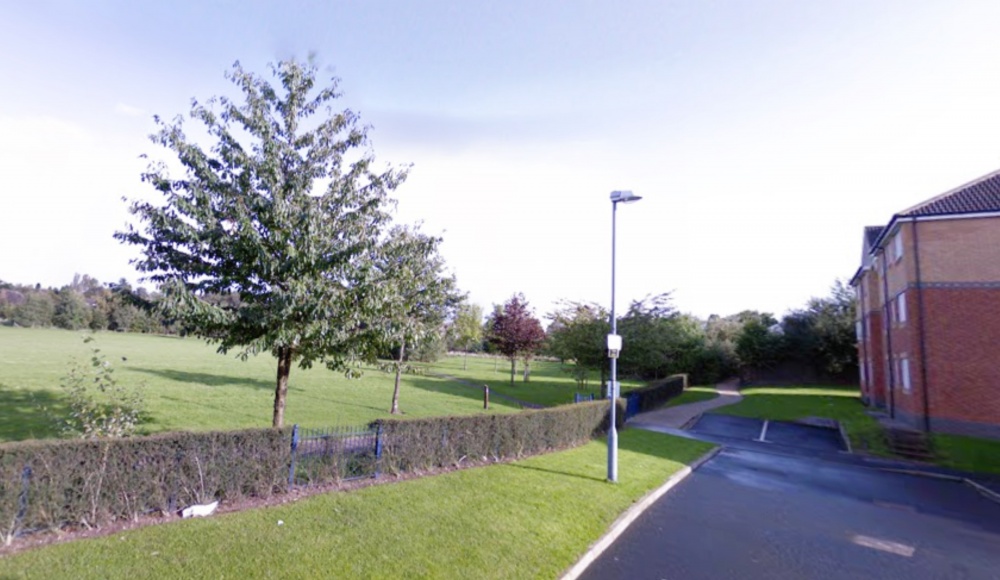 Police are hunting for a rapist who prowled around for “days or weeks” and attacked a woman on Sunday night on parkland behind Princess Alice retail complex in New Oscott, Sutton Coldfield.

The appalling attack happened between 8pm and 9pm on Sunday night (3 Oct) and a major investigation is underway to apprehend the rapist who is said to have been spotted “hanging around the park for weeks” according to police.

A senior police office who is leading the hunt to catch the rapist said he understands the fear and anxiety of local residents who live near the site where the shocking rape took place on Sunday night on a public parkland situated behind the Princess Alice retail complex. Chief Inspector Wayne Carter also stated that he wants male violence against women to end.

The poor victim was taken to hospital for treatment after her harrowing ordeal and is currently receiving specialist help to deal with the physical and psychological trauma which she endured at the hands of the sexual predator.

The rape survivor mentioned to detectives that her attacker spoke with a Birmingham accent.

A police spokesperson described the rapist as white, aged 20-35, his build is medium to stocky and “extra broad” around the shoulders. The attacker was wearing a grey tracksuit and black trainers.

Detectives working on this distressing case stated that after having spoken to local people they have come to the conclusion that the perpetrator who carried out the sex attack had been seen in the parkland for “days and possibly weeks leading up to the attack”.

Officers are appealing for homes and businesses around the site of the rape to check CCTV, dashcam and doorbell footage and see if the suspect can be spotted in any of the material.

Chief Inspector Wayne Carter, who is responsible for policing in the area, said: “I know the local strength of feeling about this. People are rightly shocked that this has happened on their doorstep. They’re also worried by the news that this man is suspected of hanging around in the park for the past few days or even weeks.

“We’re working at full speed to find this man.

“We’ve carried out fingertip searches of the park, reviewed hours of CCTV, spoken to the survivor and people in the area and we’ve got evidence being analysed by forensic experts. We’ve also checked whether there have been reports of similar attacks.

“I’ve dedicated more officers to patrol the area and park until this man is arrested. This will include officers in plain clothes.

“I want women to feel safe and be safe. I want male violence against women to end.”