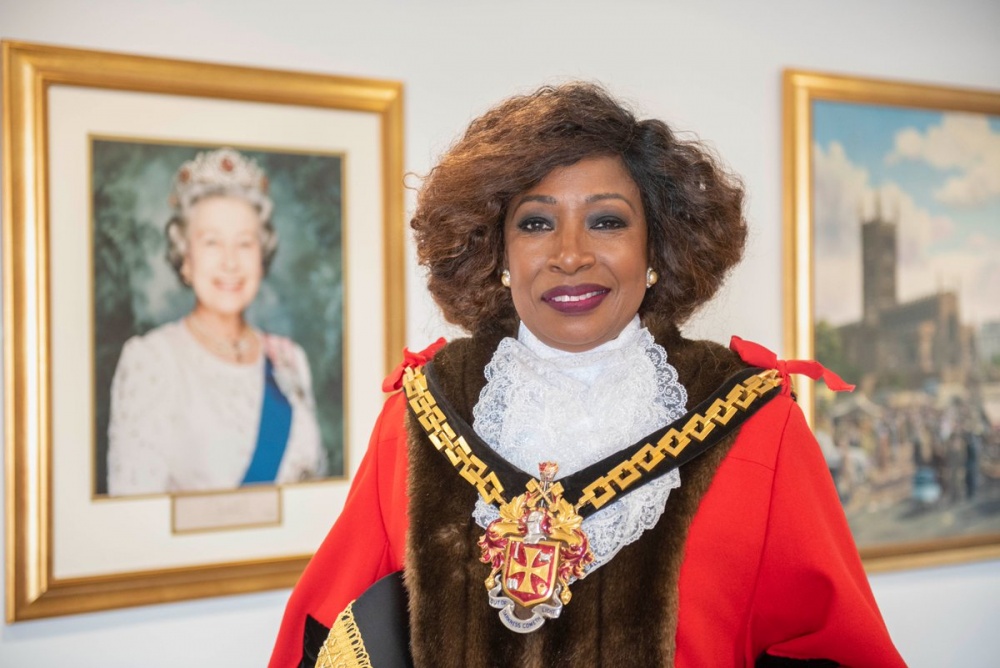 History was made in Wolverhampton today after a former NHS nurse was elected to become the first black Mayor of the city.

Councillor Sandra Samuels (Lab, Ettingshall) said she was deeply humbled by the historic appointment and hailed it as “my life’s greatest honour” after spending 23-years in local politics.

Cllr Samuels has made local history by becoming the first person of African Caribbean heritage to be elected to the prestigious post, since it was established in 1848.

She hopes her selection as Mayor of Wolverhampton will inspire people from black, Asian and working-class backgrounds to dream of a better future.

“This is why the theme for my year in office will be Dare to Dream – it’s the ability to hope and desire a better future,” she said.

“Becoming Mayor of the City of Wolverhampton will be my life’s greatest honour and I am proud beyond words that my fellow city councillors are due to make me the first person of African Caribbean heritage in 200 years to hold this most prestigious role.

“It is my sincere hope that wearing the Mayoral ceremonial chains of office of our great city as a proud black lady will inspire others from underrepresented groups to believe in themselves and know that anything is possible.”

Samuels, inspired by her mother Rosa who was a nurse, spent nearly 40 years working for the NHS in various positions including nurse, manager, and a theatre sister at Birmingham’s Queen Elizabeth Hospital.

She has also been a trade union official, school governor, community activist and volunteer. In 2004 she went on to become a Labour Party councillor.

In 2015, she attended Buckingham Palace to receive an OBE which was presented to her by HRH Prince Charles. Upon her return to Wolverhampton after receiving the royal award, she went to the Heritage Centre to share her honour with the community.

The Heritage Centre was once the Conservative Club in Whitmore Reans where Black and Asian people were denied entry, and also rumoured to be the place where notorious MP Enoch Powell wrote his controversial ‘Rivers of Blood’ speech which used incendiary and contentious language to highlight the issue of race and immigration.

Samuels and a group of directors pooled together their own resources to purchase the infamous club and opened its doors to all.

The newly appointed Mayor is looking forward to meeting the people of the city and making positive changes.

“I’m so looking forward to being a hard working ambassador for the people of this city, getting out and meeting them and celebrating the rich tapestry of our diverse communities.”

Cllr Samuels’ husband Karl will become Mayor Consort as she takes on her new role. The couple have been happily married for over 40 years.