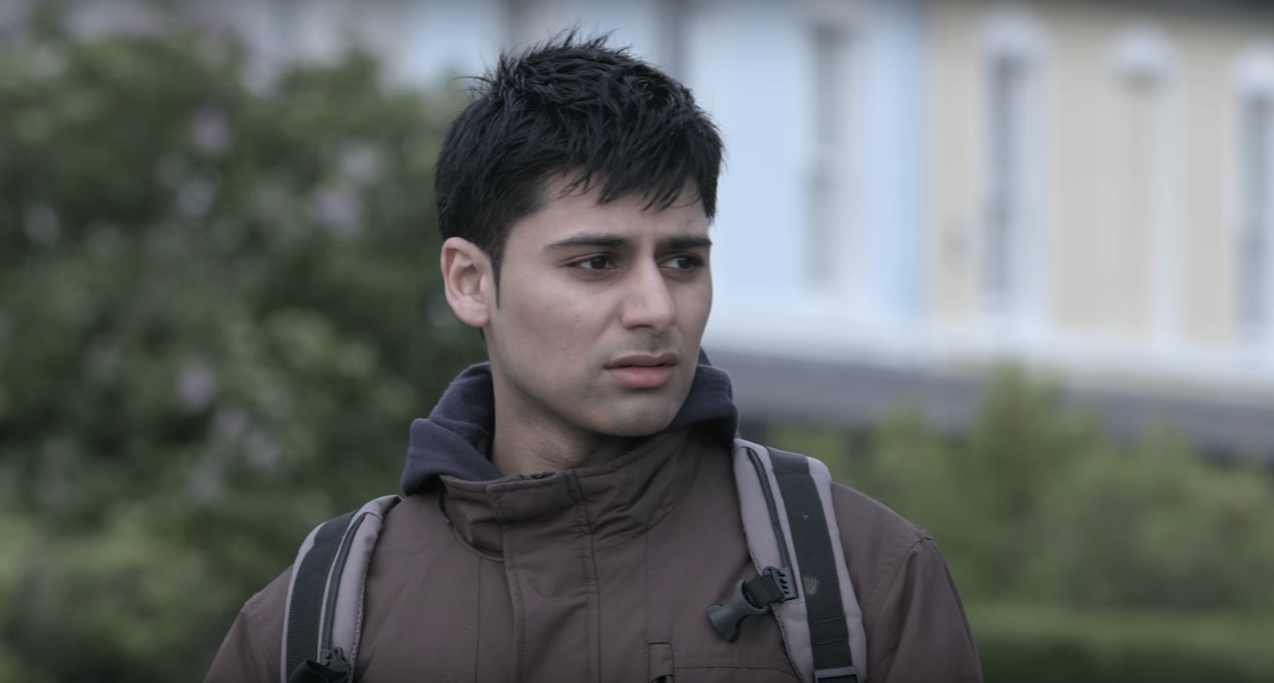 Actor Antonio Aakeel, who stars in the forthcoming Tomb Raider reboot, will be in Birmingham for a Refugee Week screening of drama Moving On: Eighteen. Photo: BBC

To mark Refugee Week and World Refugee Day, the Impact Hub will be screening BBC drama film ‘Moving On’, with actor Antonio Aakeel taking part in a Q&A.

Refugee Week takes place between 19th – 25th June, and celebrates the stories and contributions of refugees around the world.

Starring in the BBC’s Moving On: Eighteen, actor Antonio Aakeel plays Mati, who has lived with his adopted mother Rosie and brother George, who has Down’s syndrome, since he was seven years old.

On his 18th birthday, in the midst of all the celebrations, he discovers that his leave to remain in the country has been declined. He’s being deported. Devastated, terrified, and desperate to stay in the UK, he goes on the run.

Birmingham-based Antonio Aakeel – who recently appeared on the big screen alongside Riz Ahmed and Billie Piper in City of Tiny Lights and is due to feature in the forthcoming Tomb Raider reboot, playing Nitin alongside Alicia Vikander – is delighted to be supporting the special screening.

“Refugee Week puts a spotlight on the importance of sanctuary for refugees. For younger refugees and asylum seekers, the struggle is even more difficult,” he said.

“Playing a teenager from Afghanistan, who is refused permanent residence in the UK after living in the country with a loving family for many years, gave me an invaluable insight into the hardship and pain many refugee children experience every year.

“I look forward to sharing the story of Mati through this incredibly insightful and powerful Moving On feature screening.”

Refugee Week takes place every year across the world in the week around World Refugee Day, on June 20.

In the UK, Refugee Week is a nationwide programme of arts, cultural and educational events that celebrate the contribution of refugees to the UK, and encourages a better understanding between communities.

The awareness week has become one of the leading national initiatives working to counter the negative climate against the displaced, defending the importance of sanctuary and the benefits it can bring to both refugees and host communities.

Through the week, organisations aim to provide an important opportunity for asylum seekers and refugees to be seen, listened to and valued.

The Birmingham event is being hosted by the city’s Impact Hub, in partnership with Stand Up To Racism and charity Amirah Foundation; and will be followed by a community Ramadan Iftar meal.

“We’ve been working closely with Syrian refugees and their families over the last couple of years, to help re-house them, support them with finances, work and education; and help them integrate and settle into Birmingham.

“Some of their personal stories and journeys have been terribly harrowing, but they’ve been very strong and determined to make the best of what they have. Many of them are now giving a great deal back to their communities, which is one of the reasons providing sanctuary is so important.

“Many of our resettled refugee friends and clients will be joining us at this special Refugee Week screening, which we are proud to support.”

The Yellow Wednesday screening of Moving On: Eighteen starts at 7.30pm at Impact Hub Birmingham; and will be followed by a special Q&A with actor Antonio Aakeel, and refuge outreach workers Liz Clegg and Salman Mirza. The Impact Hub is also hosting a Ramadan Iftar meal from 9pm.
The event can be found in Facebook, here.