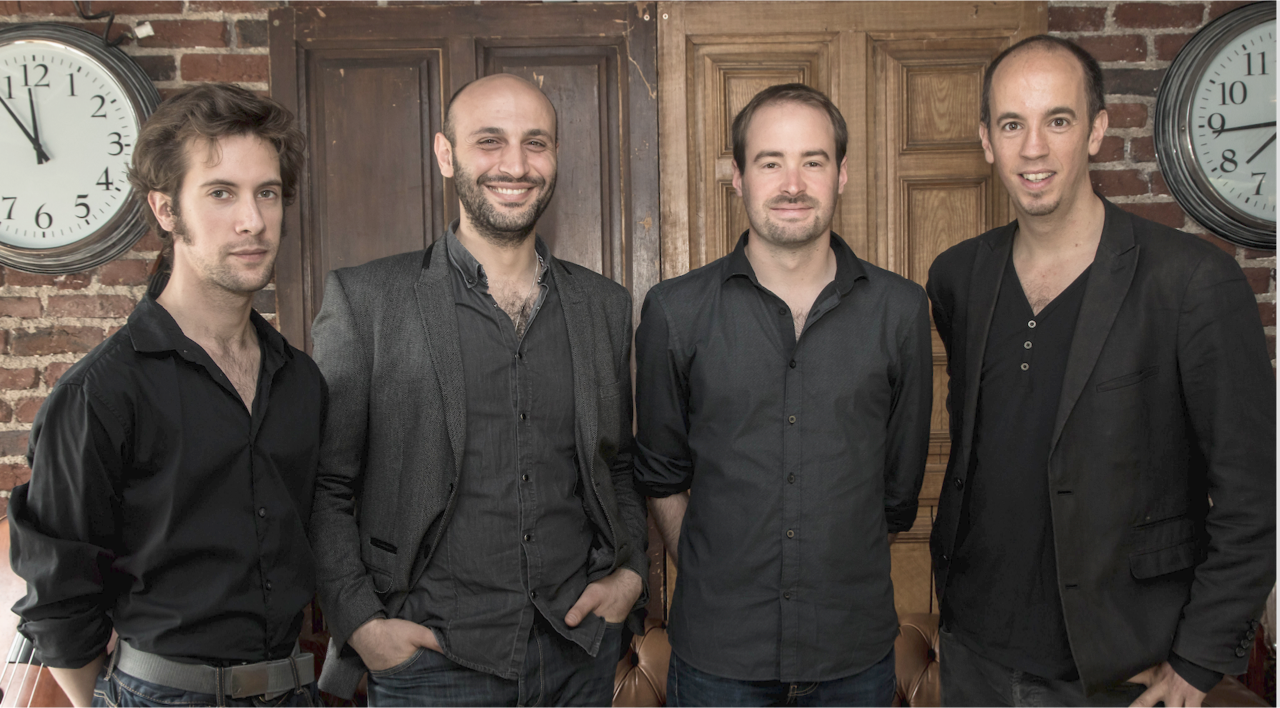 An all-star line up of Middle Eastern talent, including some of the best young Palestinian musicians, will be delivering the freshest Arabic sounds to audiences at the Birmingham Town Hall this week.

Following her sold out tour of the UK last year with the Palestine Youth Orchestra, singer and flutist Nai Barghouti returns with an eight-piece band, including exceptional soloists in their own right.

At 20, Nai Bargouti is already an accomplished musician, having completed her musical studies at the National Conservatory of Palestine in Ramallah in April 2011.

In a unique double bill, Mohamed Najem & Friends will open the show with their effortless blend of Arabic music and jazz. In an age of barriers, these musicians preach unity and inspiration at its finest.

Moving seamlessly between Arabic music and Jazz, two of the most exciting musicians to emerge from the cultural renaissance in Palestine, Nai Barghouti and Mohamed Najem, have been capturing hearts at their latest tour plans to travel between Manchester, Leeds and Birmingham before heading to Edinburgh and London.

They will be joined by members of the Awan Quartet, Palestinian street band Al Raseef, and top session musicians from Nai Barghouti’s band ‘Moments’ as they present a specially curated cycle featuring well known Palestinian and Arabic songs and a couple of Nai’s original works.

Musical group Mohamed Najem & Friends, who hail from France, have quickly become favourites of the Paris jazz scene, while also performing in festivals in Qatar, Germany, France and Switzerland.

Nai Barghouti, singer, composer and flute player, has expressed excitement to be touring the country:

“Palestine Jazz means a lot to me, not only as a musician but also as a Palestinian raised with the brutality of war. The wall, the checkpoints, the racism and the anger might set limits on our freedom, but honest dreams can never be broken.

“Bringing together some of the most versatile musicians in Palestine, and also from the Netherlands, Korea, Tunisia and Suriname, to blend the sounds of Arabic music and jazz is definitely one of those honest dreams.

“This tour represents not only our passion in music, but also our will to make a difference and overcome barriers.”

“This has been an exciting year for our band. We’ve been performing all over France, but also in Gabon, and I’ve had solo shows in Germany and Belgium as well as in London and Birmingham.

“We’re proud to be supporting UNICEF and MSF in their work with people affected by the crisis in Syria, and to be sharing the show with some of the most exciting young musicians in Palestine, many of whom I have known personally for years.

“We are doing something different on this tour. It is exciting to be building on the work done by the Palestine Youth Orchestra last year, a special group that many of us were part of as performers and soloists.”

“After being involved in the production of several Palestinian music tours in the UK and internationally, it became clear that audiences loved what they were hearing.

“Again and again, they wanted to be part of the tremendously positive energy they were experiencing. For this generation of Palestinian musicians, playing is never about turning up on stage just to deliver the music. There is a drive to be recognised on the international stage, an endless passion to show the wealth and depth of Palestinian music.

“Tariq Emam and I launched NiNi Productions not only to promote this rich Palestinian music, but also to raise funds for work with those affected by the crisis in Syria.”

The series of UK shows are being supported by Interpal, Sound House, Amirah Foundation and the Scottish Palestinian Forum.

Artists performing on the tour will be making a donation to Doctors Without Borders (MSF) and Unicef.

Palestine Jazz with Nai Barghouti, Mohamed Najem and Friends is on at the Birmingham Town Hall on Friday 28th July at 7.30pm. For tickets, visit: https://www.thsh.co.uk/boxoffice/ticket/381539