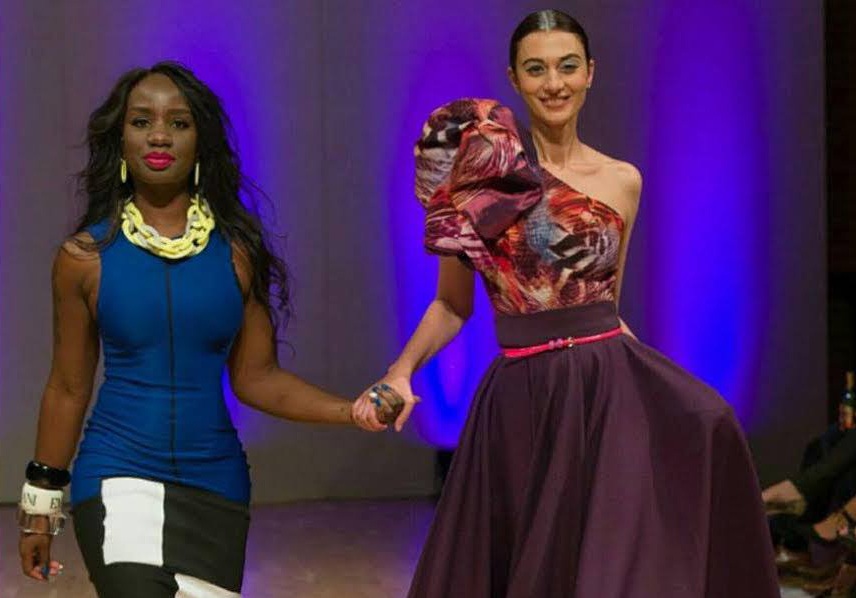 Birmingham sisters Janet and Paulinah Eboh-Sampson used their creative platforms to set up the DoNation UK Project, a charitable initiative that would address the issue of donor shortages within the Black, Asian and Minority Ethnic Community (BAME).

Inspired by the experience of their childhood friend Charlene Nelson, who underwent a kidney transplant at the age of 33, the sisters felt compelled to do something to help their local community.

The DoNation UK Project will launch its #FashionForACause campaign next month at Canalside Birmingham.

The event is in aid of the African Caribbean Leukaemia Trust and the Rik Basra Leukaemia Campaign, with proceeds donated to the sister’s chosen charities. Both charities work to address the dire shortage of registered donors from Black, Asian and Minority Ethnic (BAME) Community.

According to the NHS Transplantation Activity Report 2016/17 only 6% of registered donors came from Minority Ethnic Communities, whilst new figures from the Anthony Nolan and NHS Stem Cell Registry showed that out of 133,367 people who signed up to the register in 2015/16, just 0.6% were of African descent, 1.9% were African Caribbean and 0.5% were East Asian.

The figures also showed that 69% of patients with white Northern European genetic heritage received the best possible match, dropping to just 20.5% for patients from a black, Asian or ethnic minority background. According to the Anthony Nolan charity, this hampers the chance of BAME patients in dire need of a stem cell donation finding the best possible match.

Janet, the event manager and owner of Lotus Event Management said: “Putting on this type of event with my sister has been incredibly rewarding. It is our way of doing something positive to make a difference in the lives of others.

“The motivation for setting up the DoNation UK Project was really a chance for us to shed light on an important issue that is perhaps not as widely recognised as it should be. There is a pressing need for increased registration for stem cell, blood and organ donation from within the Black and Asian Community, we could potentially help to save a life.”

Their exquisite runway showcase will promote creative talent and special collections by independent designers from across the Midlands. The event will also feature a business seminar and networking expo supported by the Birmingham Chamber of Commerce, Keynote Speaker will be Michaela Moore- General Manager of Bullring Birmingham and Grand Central, with other speakers including Denise from Lensi Photography speaking about becoming and being a London Fashion Week Photographer.

Paulinah, who is also the co-founder of the Donation UK Project and Creative Director of womenswear label, Dolls of Decadence stated:

“When I came to my sister Janet with the idea of setting up a local community initiative, it was really an opportunity for me to give something back. We grew up in the Lozells area of Birmingham and there is a lot of hardship and deprivation where we come from but I was fortunate enough to go to college and launch my own successful fashion brand.

“I’ve been working as an independent designer for the last seven years, I’m proud of my city and it’s nice to be a position where I can help other people by giving them a platform to showcase their creativity, whilst also helping to raise money for our chosen charities.”

Comedian Kane Brown will host the spectacular event bringing laughter and comedy to what promises to be an evening of style and entertainment.

Tickets for the Fashion for a Cause event on Saturday 4th November at Canalside Birmingham are available from: www.donationuk.org. For more details,  email: [email protected].