Police appeal after newborn baby threatened by burglars in Birmingham 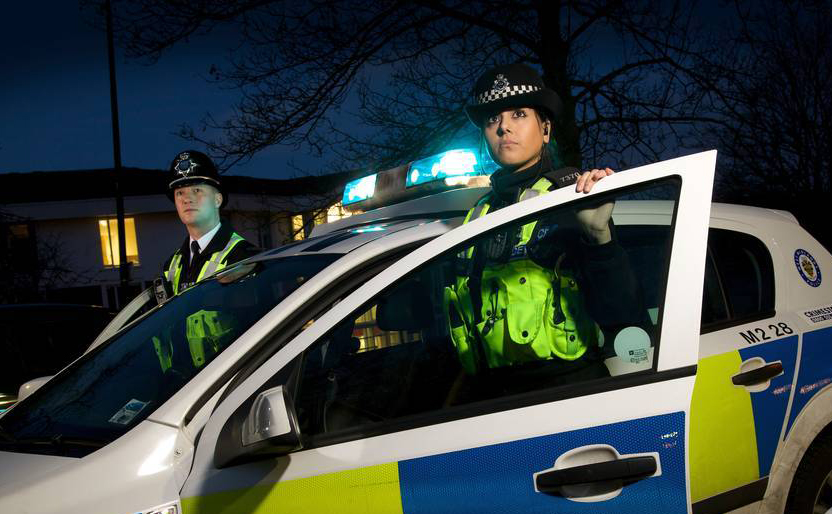 Officers across the West Midlands are conducting late night and evening patrols to deter crime and identify suspected burglars following a spate of break-ins, burglaries and attacks (WestMidsPolice)

A newborn baby was threatened by a gang of burglars, West Midlands Police police revealed today, as officers appealed for the public’s help catching thieves behind a series of raids where victims have been attacked in their own homes.

Jewellery worth tens of thousands of pounds has been stolen from a number of homes across parts of Birmingham in recent weeks.

Violence has been used on a number of occasions, with other victims being threatened but not harmed.

In all detectives are investigating 28 crimes, which are believed to have been carried out by a number of different groups which are not connected to each other.

One victim was struck with a metal bar, and others have been hit with fists. No one has been seriously injured.

In one incident in Balsall Heath on 8 November, a front door was forced in and a family ushered into a bedroom.

The gang picked up and threatened to harm a newborn baby if they were not told where money was hidden, and knives were held to the throats of women in the house.

In another incident, in Small Heath on 21 November, a gang armed with screwdrivers took off a victim’s jewellery and squirted his hands with cleaning fluid.

A man aged 27 has been arrested on suspicion of robbery in connection with a raid on a home in College Road, Moseley. He remains on bail.

Detective Inspector Dave Keen, overseeing the investigation, said: “The spate we have seen recently is a real concern for me and we are doing everything we can to identify the criminals responsible.

“We’ve got a dedicated taskforce which is which is working on this literally 24 hours a day.

“We’ve got a lot of good lines of inquiry, and in the areas where these offences have happened, there’s a commitment to carry out special patrols, in conjunction with Central Motorway Patrol Group officers and dog handlers.

“It’s also very important that residents do as much as possible to protect their property.

“Asian traditions have always placed a strong emphasis on jewellery it plays an important role in many religious festivals as well as significant family occasions, with many items handed down through generations.

“These are not just highly valuable possessions; they are also of great sentimental worth and are a huge loss to their owners if such jewellery is taken.

“We’re issuing a warning to people owning valuable gold jewellery and urging them to take simple steps to protect it.

“We believe these criminals scope areas for homes that could be potential targets, I ask people to be aware of individuals or vehicles in their area acting suspiciously. If you are in any doubt, call police.

“Any information will help with our investigations into identifying and bringing those responsible for these burglaries to justice.”

Anyone with information or who has been offered Asian or high value gold for sale is asked to call Det Sgt Tom Lyons at Stechford police station on 101.

Alternatively information can also be passed anonymously via Crimestoppers on 0800 555 111.

Police advice on securing your valuables at home:

• Keep the jewellery in a safe place and locked up if possible.
• Consider installing a safe at home which is securely fixed to the floor or wall. Speak to your insurance company ensure you have a safe that offers the correct level of protection.
• Ensure that the jewellery is insured.
• Consider storing high valuable items elsewhere such as in a bank or safety deposit box; contact your bank for details.
• Make a list of all jewellery stored in your house with a description of each item.
• Photograph all pieces of jewellery against a plain background with the ruler next to them to give an idea of size.
• Make sure your home is kept secure at all times: keep windows and doors locked, switch lights on when going out to make your home look occupied, use burglar alarms and install dusk till dawn security lights on the outside of your property.
• If you are buying jewellery as gift, don’t leave it or its packaging on display. Follow as much of the above advice as possible to keep it safe.
• For approved and tested products visit www.securedbydesign.com More advice on home security is available here.

(Visited 416 times, 1 visits today)
https://www.iambirmingham.co.uk/2017/12/10/police-appeal-newborn-baby-threatened-burglars-birmingham/https://www.iambirmingham.co.uk/wp-content/uploads/2017/12/Day_20_-_West_Midlands_Police_late_night_patrols_2.jpghttps://www.iambirmingham.co.uk/wp-content/uploads/2017/12/Day_20_-_West_Midlands_Police_late_night_patrols_2-220x140.jpg2017-12-10T23:25:06+00:00Staff ReporterCrimeNewsAsian Gold,Asian Jewellery,Asian Jewelry,Awareness,Birmingham,Break ins,burglars,Crime,Jewellery,Jewelry,robberies,robbery,Safe,Theft,valuables,vigilance,West Midlands,West Midlands Police,WMPA newborn baby was threatened by a gang of burglars, West Midlands Police police revealed today, as officers appealed for the public’s help catching thieves behind a series of raids where victims have been attacked in their own homes. Jewellery worth tens of thousands of pounds has been stolen from...Staff ReporterStaff Reporter[email protected]AdministratorI Am Birmingham
« VIDEO: Immy Kaur on being a women of colour and active sports fanatic
VIDEO: The waste of welfare and a broken Jobcentre Plus »