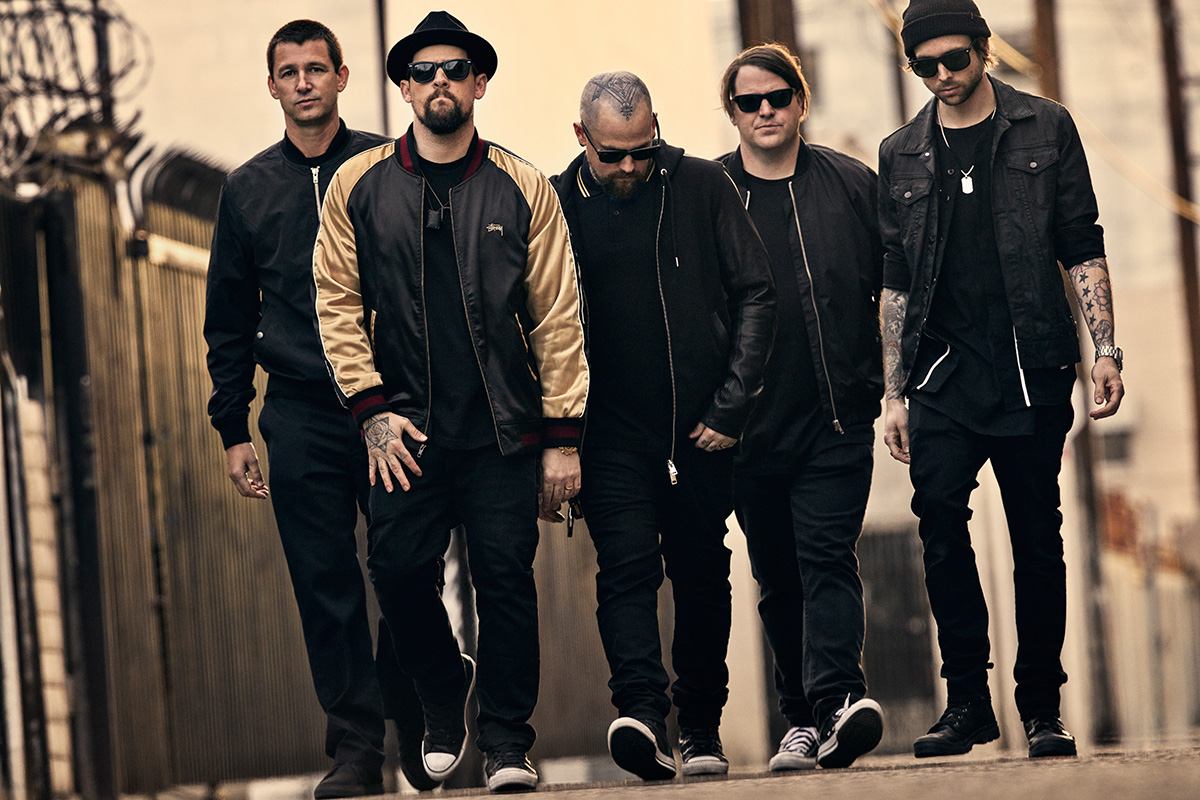 One of 2017’s most guarded secrets can now be revealed, Slam Dunk Festival will have not one, but two major headline artists!

Their co-headline performance is set to be a defining moment for the festival as it marks the Slam Dunk Festival debut of both show-stopping artists.

From bursting into the public consciousness with their chart-conquering pop punk through to becoming true kings of their genre via stints on MTV and six huge studio albums, few bands have had the staying power of Good Charlotte . Lead by the Madden brothers Benji and Joel, the multi-platinum stars will be at Slam Dunk to prove exactly why they’ve stayed at the top of their game over the past two decades.

Few bands have had the stratospheric rise of Massachusetts three piece PVRIS . Since their inception in 2012 they’ve gone from strength to strength and garnered a legion of fans in the process. Next year they’ll bring their signature anthemic rock, as found on this year’s acclaimed full length ‘All We Know Of Heaven, All We Need Of Hell’, to Birmingham for a show that’s not to be missed.

They last played the festival in 2015, after which being originally booked for the new bands stage were upgraded to the main stage due to their sudden rise in popularity. Now they return in 2018 to be one of the festival’s biggest artists.

One of the most incendiary live acts on the planet, Frank Carter & The Rattlesnakes are a band born to reach staggering heights. After standing as one of the most recognisable voices in modern British rock over the past decade, Frank and his Rattlesnakes have had a mammoth rise over the past 18 months – releasing two vastly acclaimed albums, capturing festival audiences with sets of the weekends. Witness the revolution first hand when they take the stage at Slam Dunk 2018.

“I cannot wait to play Slam Dunk – this has been an incredible couple of years for us, and I can’t think of a better way to start our festival season in 2018 than showing up and absolutely dominating at Slam Dunk. Get ready – we’ll see you in the Snake pit!”

A phenomenon not seen for many a-year, Creeper are the hottest name in alternative music. The release of their debut album ‘Eternity, In Your Arms’ captured the mysterious yet anthemic heights that they’ve been promising since they first emerged on the scene. Lead from the charismatic figure of frontman Will Gould, Creeper aren’t just set to break through but takeover British alternative music – and Slam Dunk 2018 is bound to be another insatiable introduction to the special world they’re forming.

Joining these incredible names will be Crown The Empire, Real Friends and Knuckle Puck, all of which are set to return to the festival after memorable performances in 2014 and 2015. All three acts are set to serve up the perfect combination of anthemic metalcore complete with razor-sharp riffs, energetic post-emo choruses and classic pop-punk with an Illinois twist, May is set to be the best Slam Dunk Festival to date.

“I’m very happy to win this award of course. The event that we put on is very unique, with each of the 3 metropolitan sites offering something different…The fenced off festival site built in a city centre in Leeds, the only multistage music festival to be held on the NEC complex and I’m glad after 8 years on the university campus in Hatfield we could win the award for them the final time there.”

Slam Dunk Festival will begin in its spiritual home of Leeds, Millennium Square, before travelling to the new location of Hatfield Park , and finishing at the beloved Birmingham NEC.