Why were people dancing the Macarena in Birmingham’s ‘Pigeon Park’? 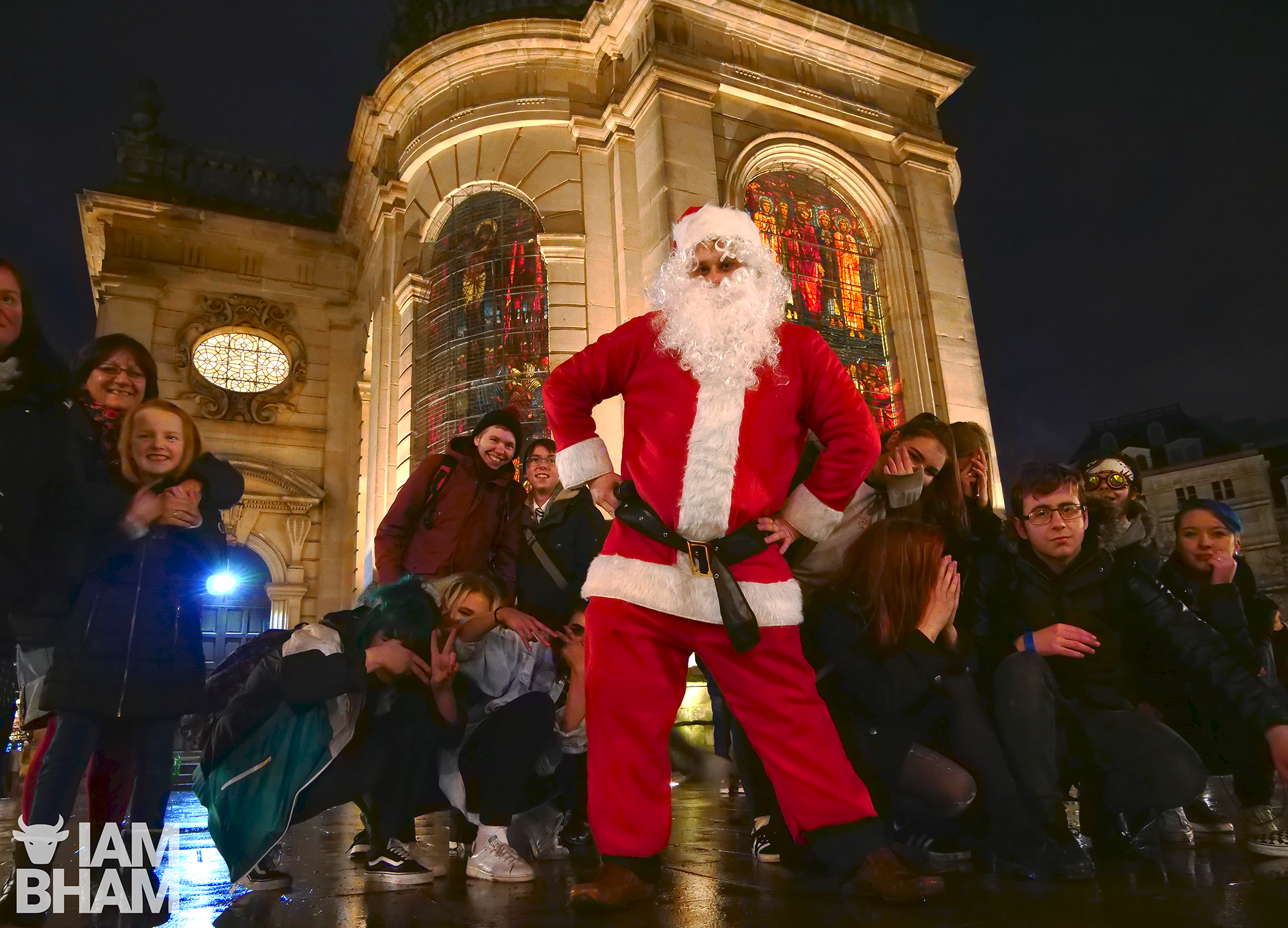 Brummies congregated outside Birmingham Cathedral this evening to take part in a mass dance-along, in a bid to spread festive cheer and raise money for charity.

Joining in from all over the city, people of all ages and backgrounds came together to share their love of the popular ‘Macarena’ dance routine and hit 90s chart hit.

With over 1,700 people registered as interested on the event’s Facebok page, and at least 259 pledging to show up, organisers Love Activists promised a sound system, Santa and his elves and free cake in exchange for charity donations.

Despite the freezing temperatures and light downpour, excited and eager members of the public did show up to ‘do the Macarena’ in Cathedral Square, also known as Pigeon Park, throwing shapes made popular by the Vincent Calvet directed music video which accompanies the Bayside Boys Mix version of the hit Los Del Rio song.

Videos of the live dance routine were immediately uploaded to social media sites, where they’ve been garnering rave reviews from fans of the track and dance routine.

Appearing on the 1993 album A mí me gusta, Macarena was an international hit in 1995, 1996, and 1997, and continues to be a popular dance at weddings, parties, and sporting events.

Speaking about the speedily organised event, which was only announced on Facebook after last month’s similar ‘Toto – Africa’ event, organiser Dan Parkes explained:

“There’s been a few event here recently. We were inspired by the recent Toto – Africa event. I can’t really sing, I can sort of dance, so I thought we could do the Macarena. It’s just an iconic dance, everyone knows the Macarena and even if they can’t do it, everyone can have a try, it’s all good fun!”

Dan, who heads the Birmingham branch of national movement Love Activists said the social activism organisation aims to share peace, love and joy wherever it can.

“The only way to create progress in this world is to band together because you’;re more powerful together than as one.”

A collection bucket making the rounds during the Macarena singalong raised money to “go towards buying socks, gloves, blankets etc for the local homeless population of Birmingham,” according to organisers.

Following the success of the recent live sing-alongs, a follow up ‘Queen – Bohemian Rhapsody‘ event has also been organised for Monday 29th January at 7pm.