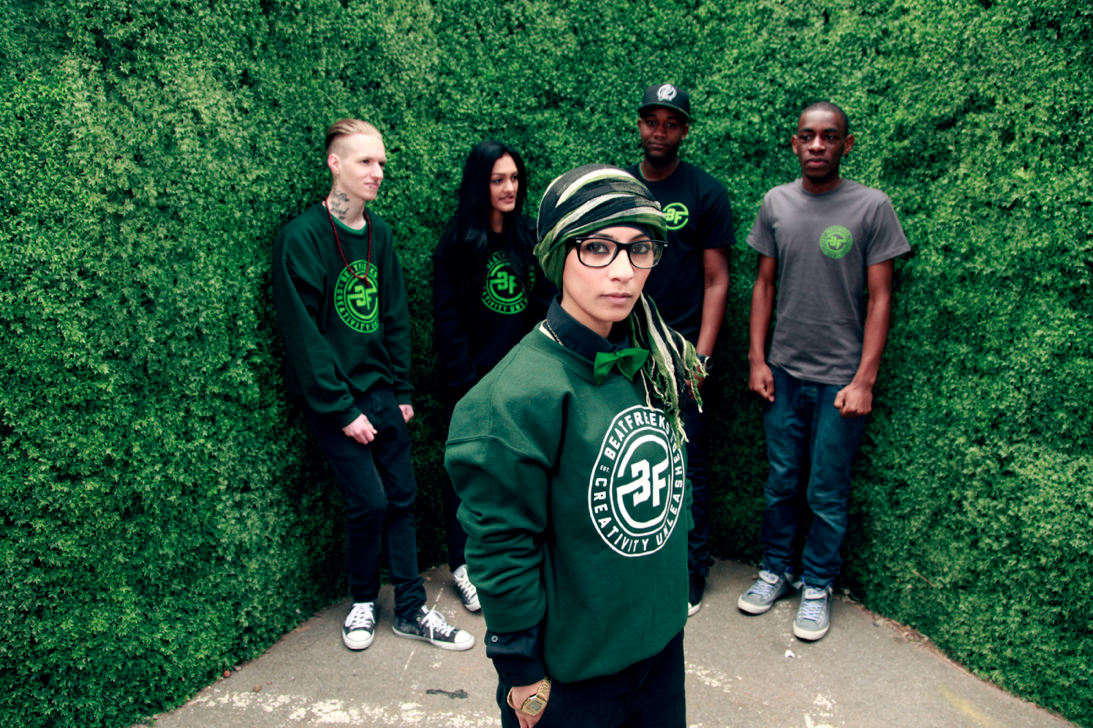 Launched in 2013, Poetry Jam has been giving young people a safe space to express themselves, perform, and build relationships.

Over the last five years 1150 poetry open mic slots have been made available at over 46 live events since the initiative first opened its doors to an audience of 45 people at Urban Coffee Company in February 2013.

Now reaching audiences of peaking 200 stuffed into corners of coffee shops, Beatfreeks has created space for over 4000+ young people (and some older) to experience spoken word, poetry and storytelling through its Poetry Jam.

“At the heart of the movement are young people telling stories about themselves and the world; sometimes putting it to rights, sometimes condemning it, sometimes finding magic in unexpected places. Poetry Jam has sparked many new nights, careers, friendships, relationships, a marriage and even an actual birth, which didn’t happen at an event, by the way.

“It also saw the birth of Beatfreeks. Then, it was just a big idea. Now, we’re a collective of companies and people working together to explore ‘creativity for good’. Beatfreeks has been on an transformative journey, but one thing has never changed: our commitment to Poetry Jam.

“Many of our communities are passionate about civic spaces, independent spaces, that allow young people to convene on issues affecting them and the community. Built on the ethos of the 17th and 18th century ‘enlightenment’ cafes, socially and politically charged spaces for stories, debate and conversation. It therefore feels incredibly poignant to be partnering with THSH for a special edition of Poetry Jam with an after-party.”

Initially an experiment, the ever-evolving project will be marking its 5th anniversary with a Poetry Jam Birthday Special at the Town Hall in Birmingham, which also celebrates the formation of Beatfreeks itself, highlighting its continued development of community poetry scene in the city.

Spoken word artist Joe Cook said: “Poetry Jam has allowed me to develop as an artist and it’s where I learnt to sharpen up my craft. It’s amazing the amount of performers who are making a name for themselves who have come through Poetry Jam. It’s the first place I got a standing ovation which I’m sure is a good thing.

“You often see documentaries about legendary venues and night’s such as CBGBs in the story of punk or the amazing comedians who started off at the improv comedy club I seriously believe Poetry Jam could have its own documentary with the amount of talent that have graced the mic.”

The Beatfreeks 5th birthday party event takes place on Thursday 8th February at the Birmingham Town Hall. Doors will open at 6.30pm, with poets encouraged to arrive at 6pm to put their name into the open mic hat for the evening.