Manchester Airport to back Birmingham Pride for next three years 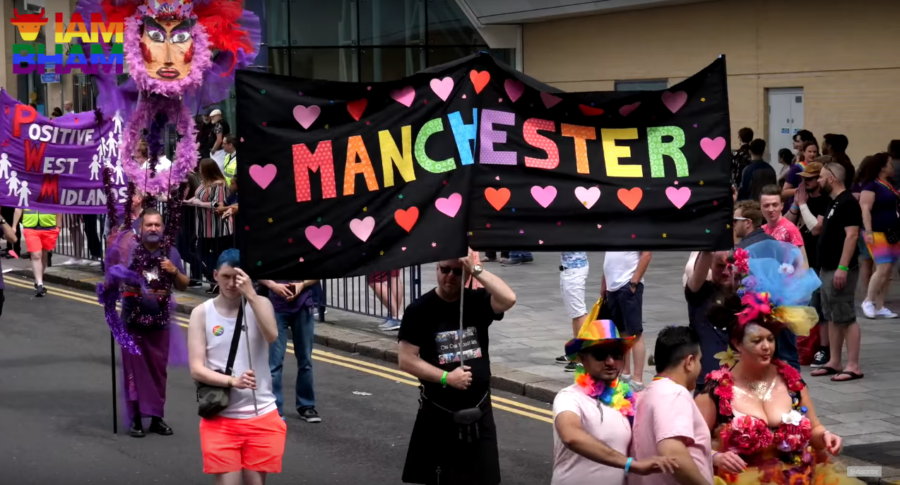 Manchester Airport is returning as a sponsor for Birmingham Pride in 2018 (Image: I Am Birmingham)

Manchester Airport has announced that not only is the brand returning to back Birmingham Pride this year but they are committed to sponsoring the event for the next three years.

Following last year’s debut partnership with the city’s LGBT+ festival, the UK’s third largest airport will this year be branding and naming the Cabaret Marquee, which will be known as ‘Manchester Airport Cabaret Stage’.

On top of sponsoring the stage, airport staff will be in attendance over the weekend to join the parade celebrations and to shout about its 210 global routes, particularly plugging its new direct route to San Francisco.

Manchester Airport, with more than 27.8 million passengers, has over 210 destinations served by more than 70 airlines. They hope to reach out to Brummies by financially supporting Pride celebrations in the city right up to 2020, when the Commonwealth Games will be held in the city.

As part of the collaboration, the UK’s global gateway in the North will be offering Birmingham Pride fans the opportunity to win a holiday of a lifetime to San Francisco, courtesy of Virgin Atlantic and Thomas Cook Airlines.

“We are delighted to be working with Birmingham Pride for at least another three years to support such a worthwhile event.

Last year we sponsored five Prides across the UK as they are a terrific way to thank our passengers from across our extensive catchment area, plus our staff love getting involved. We have hundreds of thousands of passengers from the West Midlands and we are delighted to be back in Birmingham for the next few years showing them our gratitude and thanks.

We look forward to working closely with the Birmingham Pride team again on what I am sure will be a world class event in May, and wish everyone the best of luck with our San Francisco holiday competition.”

“We are really looking forward to working with the Manchester Airport team again and cannot wait for this year’s event to take off.

This year’s event will be bigger and better than ever with a host of exciting announcements to come over the coming months.

We’d like to thank Manchester Airport for their support, which helps great causes across the city. Plus we are delighted that Pride fans will have the chance to win an incredible holiday to San Francisco.”

Birmingham Pride has taken place for more than 20 years, and in the last five years it has raised more than £300,000 for local community groups. As a not-for-profit organisation, profits raised go to local LGBTQ+ charities and projects.

This year’s event takes place on Saturday 26th and Sunday 27th May with tickets available here.

(Visited 657 times, 1 visits today)
https://www.iambirmingham.co.uk/2018/01/26/manchester-airport-back-birmingham-pride-next-three-years/https://www.iambirmingham.co.uk/wp-content/uploads/2018/01/Screen-Shot-2018-01-30-at-22.59.15-800x431.pnghttps://www.iambirmingham.co.uk/wp-content/uploads/2018/01/Screen-Shot-2018-01-30-at-22.59.15-300x162.png2018-01-26T15:40:52+00:00Staff ReporterEventsLGBT+NewsWhat's On2018,B'ham,Bank Holiday weekend,Birmingham,Birmingham Pride,Birmingham Pride tickets,Brum,Gay Pride,I Am Birmingham,Lawrence Barton,LGBT,LGBTQ,LGBTQI,Manchester,Manchester Airport,May 2018,partnership,Pride,sponsorManchester Airport has announced that not only is the brand returning to back Birmingham Pride this year but they are committed to sponsoring the event for the next three years. Following last year’s debut partnership with the city's LGBT+ festival, the UK's third largest airport will this year be branding and naming the...Staff ReporterStaff Reporter[email protected]AdministratorI Am Birmingham
« BBC Three begins its media talent search in Birmingham
Star Wars: A New Hope with a live orchestra is coming to Birmingham »