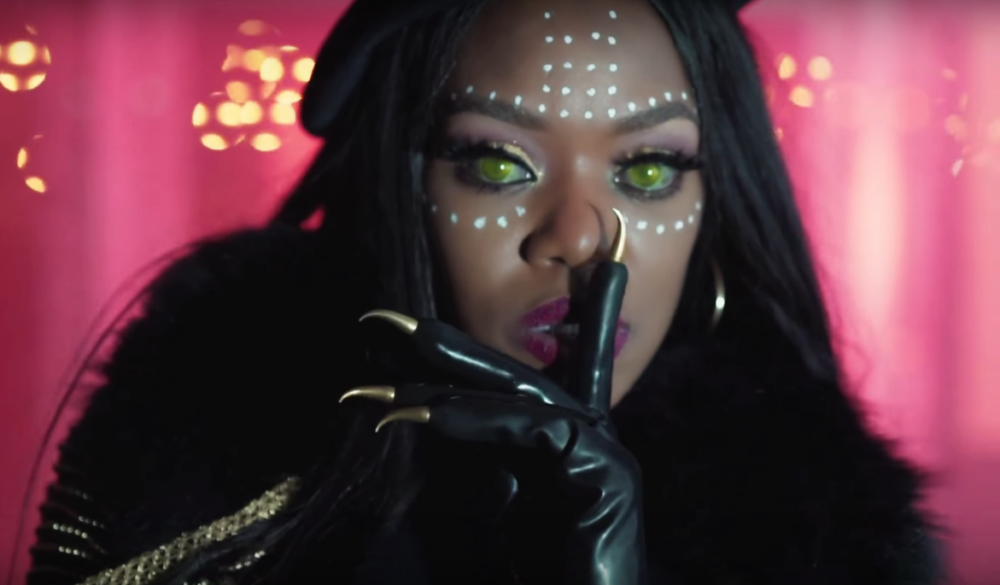 Birmingham rapper Lady Leshurr has dropped a new music video, her third freestyle of the year.

Directed and edited by King Wowa (Amir Mekkaoui), ‘Black Panther’ has racked up over 300,000 views in its first couple of days since going live on YouTube at the end of March.

Real name Melesha O’garro, the 28-year-old Solihull native is best known for her Queen’s Speech series of rap freestyles, the fourth of which went viral in 2016. Her subsequent follow-up, Queen’s Speech 5, was declared “brilliant” and “2015’s crowning freestyle” by Spin, while her Where Are You Now? track featuring Wiley has racked up over 6,000,000 views on her Vevo channel.

Her first freestyle of the year was R.I.P, after which she partnered with the Captain Morgan brand for a ‘Mannequin Challenge’ style promotional music video. Leshurr will also be dropping her first body of work – titled ‘UNSTABLE’ – in the summer.

It’s the LL brrr shots with a bally
I wish a gyal wood no chalet
Trust I got the keys like a valet
Heat like miami
Free throw on em
Dwayne Wade on the gyally
Erm
That’s a 3 second violation
Airball and my team stay annihilating
Trust
So I really don’t know why ya hating
Cus you copy so much you’d think were Siamese twins
Look
Feel me nuh
All them other gyal dem are regular
Hear me nuh?
On the radio or a video
Si mi nuh?
All these likkle gyal better simmer down
Inferior she ain’t the real ting I’m the original
Hit it up
He want the kitty kat make him break it down
Tippy toe
Ride it like a horse tell her giddy up
Benover
Gyal ah tear it up
Gyal ah rip it up
Go deh gyal!
Look nuh, gyal ah catch Chlamydia
Dutty gyal!
Tell a gutter gyal leave the area
Stutter gyal!
Eye ah flutter gyal mi nuh fraid ah ya
Dig you out the grave I put you in and rebury ya
That‘s the only time you’ll be all over social media
Banter
What you rep for? What you stand for
I be at your door like a delivery from Asda
Hamper, blacking out looking a panther
I will backhand her
Straight to Wakanda!
Rasta
I will blast her mi ah di master
Casper, mi duppy down gyal the body snatcher
Dashed her, in a trashbag come and grab that
Bad gyal vs a dead gyal is a disaster
Actor, cut the chapter mi didn’t cast her
Fracture, put the gas up in Madagascar
Scratch that, give em airtime when I’m here they like
Asthma I got asthma I got asthma!!
Killing all ah dem becah mi no seh mi bad
Quick tings and never slowly
Don’t have to lie to be cozy
Holy moly
I’ll spin a gyal quicker than Rolly polly
All and only
I’m Bigger than him and her and totally
On the ball like Kobe
They taking shots, well I’m the goalie
All your team is phonie
I think you know
I know you know it
And you low on money
You gon need mo you finding Dory
What’s the story like an episode of Balamory ay!