OPINION | The heart and soul of Gay Pride 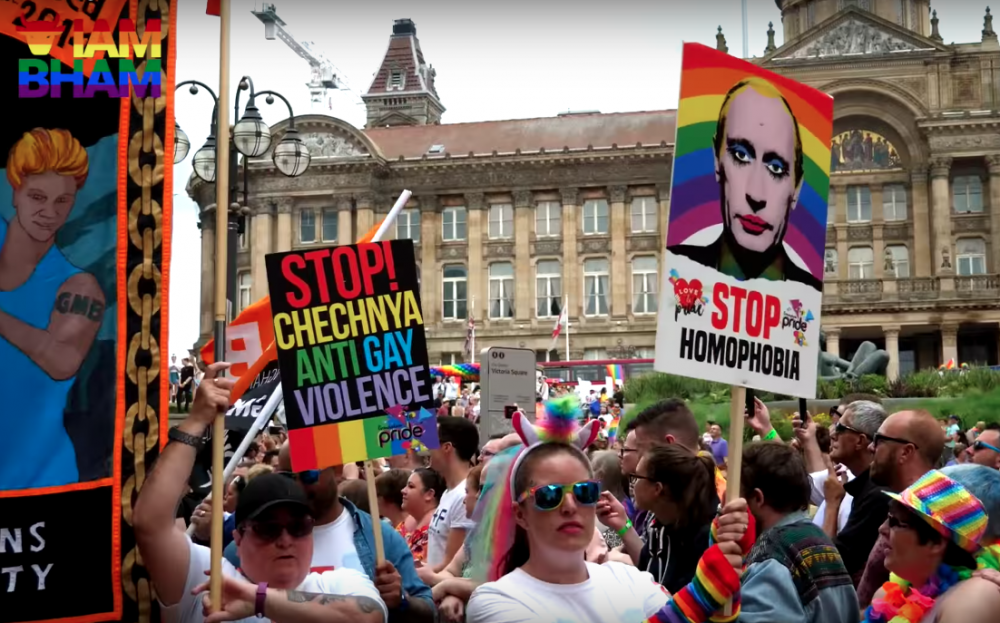 With the coming together of various communities – not just the predominant LGBTQ+ community – for Birmingham’s LGBTQ+ Pride celebrations, it’s easy to forget the past struggles which have allowed us to be in this position to celebrate Pride the way we do.

I’ve known about Pride celebrations all my life – from the rainbows that line the streets to the fantastic performers who keep the crowds dancing all night. Yet, it was only when I joined this community that I was able to see beyond this; appreciating the complex history of struggle that has culminated in Gay Pride. Put simply, Pride is inherently a protest as much as it is a celebration.

Modern LGBTQ+ rights can be traced back to the early hours of June 28, 1969, at Stonewall Inn – a gay club located in Greenwich Village in New York City.

The 1960s, and earlier decades, were treacherous for those who identified within this community. Homosexual relations were illegal across America and there was legislation allowing police to arrest and detain those who wore less than three pieces of clothing appropriate for their defined gender. Being caught by police would lead to arrest, tabloid shaming and prison sentences.

Due to this, LGBTQ+ individuals found refuge in gay bars and clubs where they could express their true selves openly and free from persecution. One of these places was the Stonewall Inn.

It welcomed all members of the community including drag queens, runaways and homeless gay youths. It was also one of the only gay bars left that allowed dancing – which was heavily penalised. The police would constantly harass those who were there, and regularly stop by to ‘check’ under dresses to see if the individual’s genitals matched their clothing. If not, they would be arrested.

On the morning of June 28, the police again raided the Stonewall Inn, assaulting customers, completing genital checks and arresting several individuals. It is at this point the community fought back. At the forefront, it has largely been proclaimed that Marsha P Johnson, an African-American transgender woman, began what unfolded next.

The residents fought back against police harassment, beginning the Stonewall riots which continued for five days. Though the Stonewall uprising didn’t start the gay rights movement, it was a catalyst fuelling demonstrations nationwide spurring Gay Pride Marches. Traditionally, modern Gay Pride is held close to this date commemorating the anniversary of the riots.

Though Pride can be seen now as more of a festival or a ‘party’, individuals continue to march to celebrate the LGBTQ+ community and the past that has brought us to this point. Further, it is a march of liberation and continuing the fight for queer individuals in this country and globally, who are still victims of persecution. It is a chance to stand in solidarity alongside other queer individuals in being ‘proud’ of who we are. Birmingham Pride is but one shining example of this.

Gay Pride is very much, and will always be, a political protest as much as it is a celebration. It will continue to be so until every individual is free to be who they are, wherever they are.

Birmingham Pride takes place on Saturday 26 and Sunday 27 May, during the Bank Holiday weekend. For more information and tickets, visit here.

(Visited 1,047 times, 1 visits today)
https://www.iambirmingham.co.uk/2018/05/12/opinion-gay-pride/https://www.iambirmingham.co.uk/wp-content/uploads/2018/05/Birmingham-Pride-is-a-protest-02-800x498.pnghttps://www.iambirmingham.co.uk/wp-content/uploads/2018/05/Birmingham-Pride-is-a-protest-02-300x187.png2018-05-12T20:33:49+00:00Joshua WilliamsColumnCommunityEducationEventsHistory & HeritageLGBT+PoliticsRacismAwareness,Birmingham,Birmingham Pride,Celebration,Gay,Gay Pride,gay rights,History,Human Rights,Josh Williams,Joshua Williams,Lesbian,LGBT,LGBT Pride,LGBT rights,LGBTQ,Marsha P. Johnson,New York,Pride,Pride protest,Protest,Proud,Queer,Stonewall,Stonewall riotsWith the coming together of various communities - not just the predominant LGBTQ+ community - for Birmingham's LGBTQ+ Pride celebrations, it’s easy to forget the past struggles which have allowed us to be in this position to celebrate Pride the way we do. I’ve known about Pride celebrations all my life...Joshua WilliamsJoshua Williams[email protected]AuthorJoshua Williams is the former Mr Birmingham 2015-2017. He is a young ambassador, politics student and mental health and LGBTQ+ rights campaigner.I Am Birmingham
« Aston Villa to host LGBT football sessions for trans individuals
City specialists take stress advice skills to European conference »