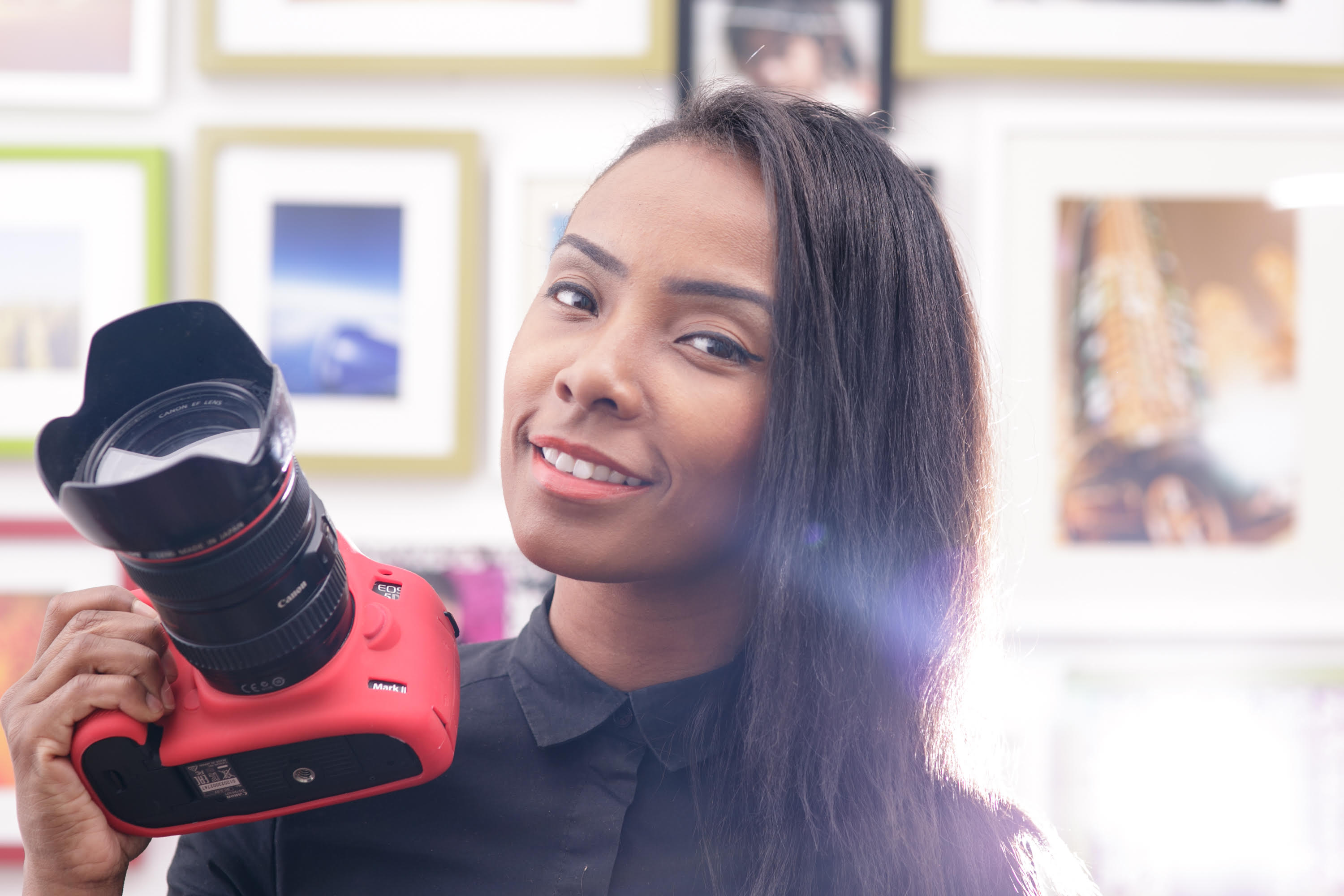 Denise Maxwell is an international photographer who has shot everyone from Barack Obama and Prince Harry to Usher, Will Smith and Oprah Winfrey

A Birmingham photojournalist who is often one of a few female photographers in nearly all-male press scrums, has been shortlisted for a special award in the field.

Denise Maxwell of Lensi Photography – who has photographed and worked with some of the world’s most recognisable faces including Barack Obama, Jay Z and Usain Bolt – has been nominated for a 2018 MBCC Award in the ‘Outstanding Business of the Year’ category.

West Midlands talent Denise has been nominated as part of the annual Midlands Business and Community Awards, which aim to recognise local unsung heroes in both the community and business world.

The awards were set up as a non-profit organisation with the sole purpose of recognising people in the midlands area, with a mission to focus on the people that make a difference in both the business and general community.

“By showcasing people that are selfless, considerate to others and go that extra mile, will openly encourage and inspire others to do the same or similar. Being made to feel valued is a powerful tool for young and old alike, no matter what their background; it is ultimately saying ‘Thank You’.

“It’s also saying we appreciate you and are recognising the importance of the efforts people go to or try to go to. This event will be a celebration of all the wonderful deeds that are being done that many may not be aware of.”

We caught up with Denise to find out more about what she does:

How did you start?

I was the irritating friend that was always carrying a camera, back then it was a 35mm or APS film camera, I am the only one among my group of friends that has photos of everything we did and everywhere we went back then.

When did you get more serious and consider it as a career?

In the first wave of public sector cuts once the Tory’s got into power. We knew the NHS was in for big changes and we knew a social education project like our would be the first to be cut, so I decided to get out before I was pushed and “try to make a go of this photography thing.”

I started doing test shoots with family and friends, and my work put me on a photography course. I used this time to set up my website and through word-of-mouth, the wok started to come in.

What is the highlight of your career so far?

I cannot say there is one single highlight, there have been so many. If ten years ago, someone had told me I would be an official London Fashion Week photographer working with some of the world’s top models, while photographing some of the world’s most famous people including Will Smith, Tom Hanks, Oprah Winfrey, and Rod Stewart; and shooting weddings all over the world, I would have looked at them as though they were speaking another language.

But here I am, just an average person from an estate in the Midlands, having attended an average comprehensive and brought up by a single mum. Yet, I’ve grown a client base that includes the the likes of the BBC, Birmingham University, and Wates Construction. I might also be the owner of the most impressive celebrity ‘selfie’ collection!

The Midlands Business and Community Awards will be held on Saturday 3rd November, from 6pm till 1am at the Aston Villa Football Club. For tickets, click here.

(Visited 630 times, 1 visits today)
https://www.iambirmingham.co.uk/2018/07/13/top-birmingham-photographer-lined-business-award/https://www.iambirmingham.co.uk/wp-content/uploads/2017/07/I-Am-Phenomenal-Denise-James-1024x683.jpghttps://www.iambirmingham.co.uk/wp-content/uploads/2017/07/I-Am-Phenomenal-Denise-James-220x140.jpg2018-07-19T14:41:11+00:00Staff ReporterArtsBusinessCommunityEventsInterviewsMeet The TeamNewsPhotographyWomxnAward,B'ham,Birmingham,business,Denise Maxwell,Female Photographer,I Am Birmingham,Lensi,Lensi Photography,MBCC Award,MBCC Awards,Midlands,Midlands Business and Community Awards,Midlands Business and Community Awards 2018,Nominated,Nomination,Photographer,Photography,West MidlandsA Birmingham photojournalist who is often one of a few female photographers in nearly all-male press scrums, has been shortlisted for a special award in the field. Denise Maxwell of Lensi Photography - who has photographed and worked with some of the world's most recognisable faces including Barack Obama, Jay Z and Usain...Staff ReporterStaff Reporter[email protected]AdministratorI Am Birmingham
« Here’s the winners of the WMPCC Outstanding Citizen Awards 2018
Jamelia to present ‘Black Girl Bible’ at intimate Birmingham book event »